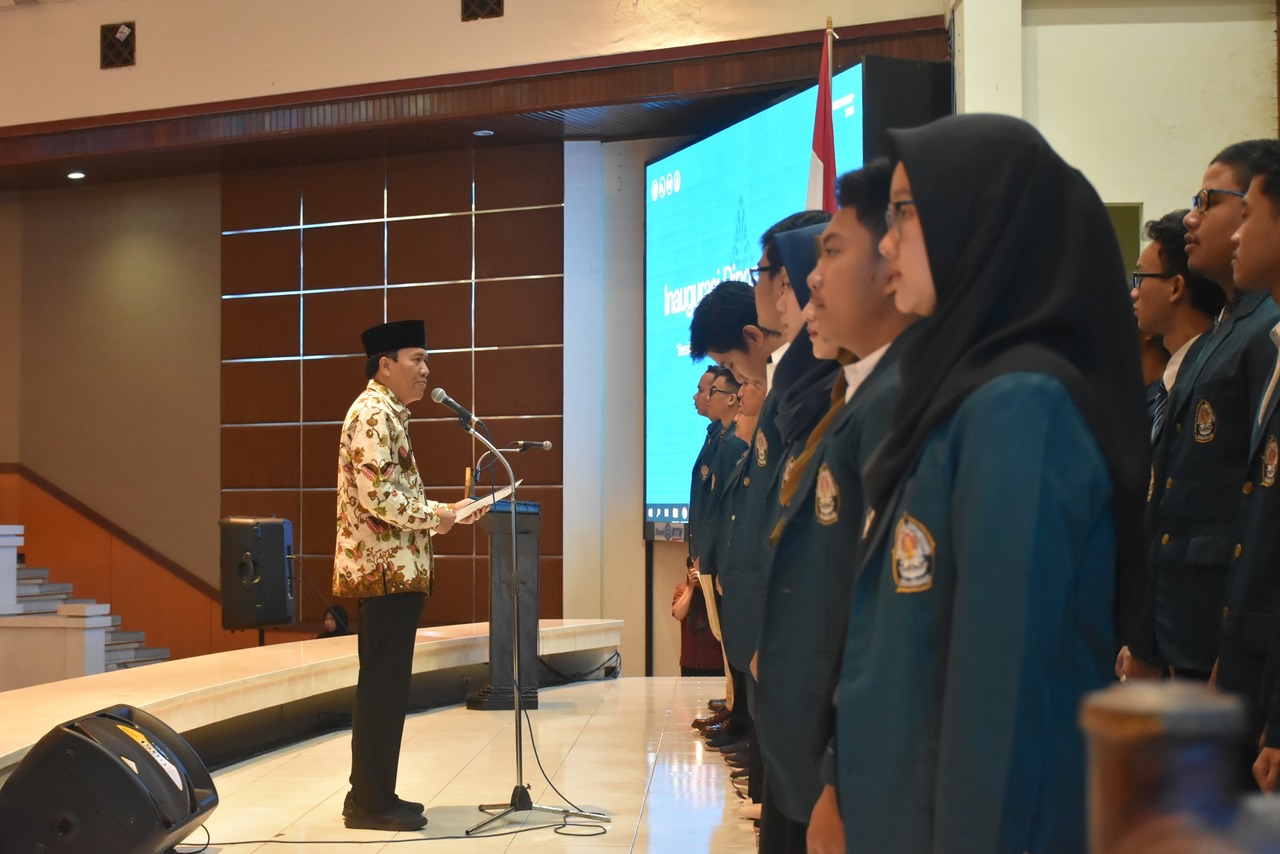 A total of 13 Student Executive Boards, 13 Head of Student Senate, and 48 Head of Student Activity Units were officially appointed by the Rector, Monday (9/3) at Prof. Sudharto Building Undip Tembalang. During the appointment, which was packed in the Diponegoro 2020 Inauguration event, was attended by Undip Rector Prof. Yos Johan Utama, Vice Rector for Academic and Student Affairs Prof. Budi Setiyono, the Deans, Vice Deans, Director of Student Affairs and Bureau Officials as well as 500 student members of BEM, Senate and Undip UKM.

The report from Head of Diponegoro 2020 Inauguration committee Chiesa Rossa stated that the Diponegoro 2020 Inauguration was aimed to appoint 13 BEM, 13 Student Senates, and 48 Undip UKM Heads. Chiesa hopes that after being appointed, the heads and its members can maintain and interpret the true meaning of a leader and be able to carry out the mandate properly for the next period.

Message from the Undip Rector Prof. Yos Johan Utama, he said that Undip with all its limitations has received many awards. In the environmental field, we obtained the 3rd rank as greenmetric which needs to be recognized.

“PTN BH, Undip must immediately detached itself from state dependency, means we must be independent in managing all aspects of the university environment for the benefit of the entire academic community,” the Rector said.

“Undip is a university that is close to the community, some points that Undip is serious about it are that we must dare to get out of the comfort zone, meaning to strengthen ourselves as a research university, increasing the number of professors, and improving the quality of human resources and solid business units,” concluded Prof. Yos.