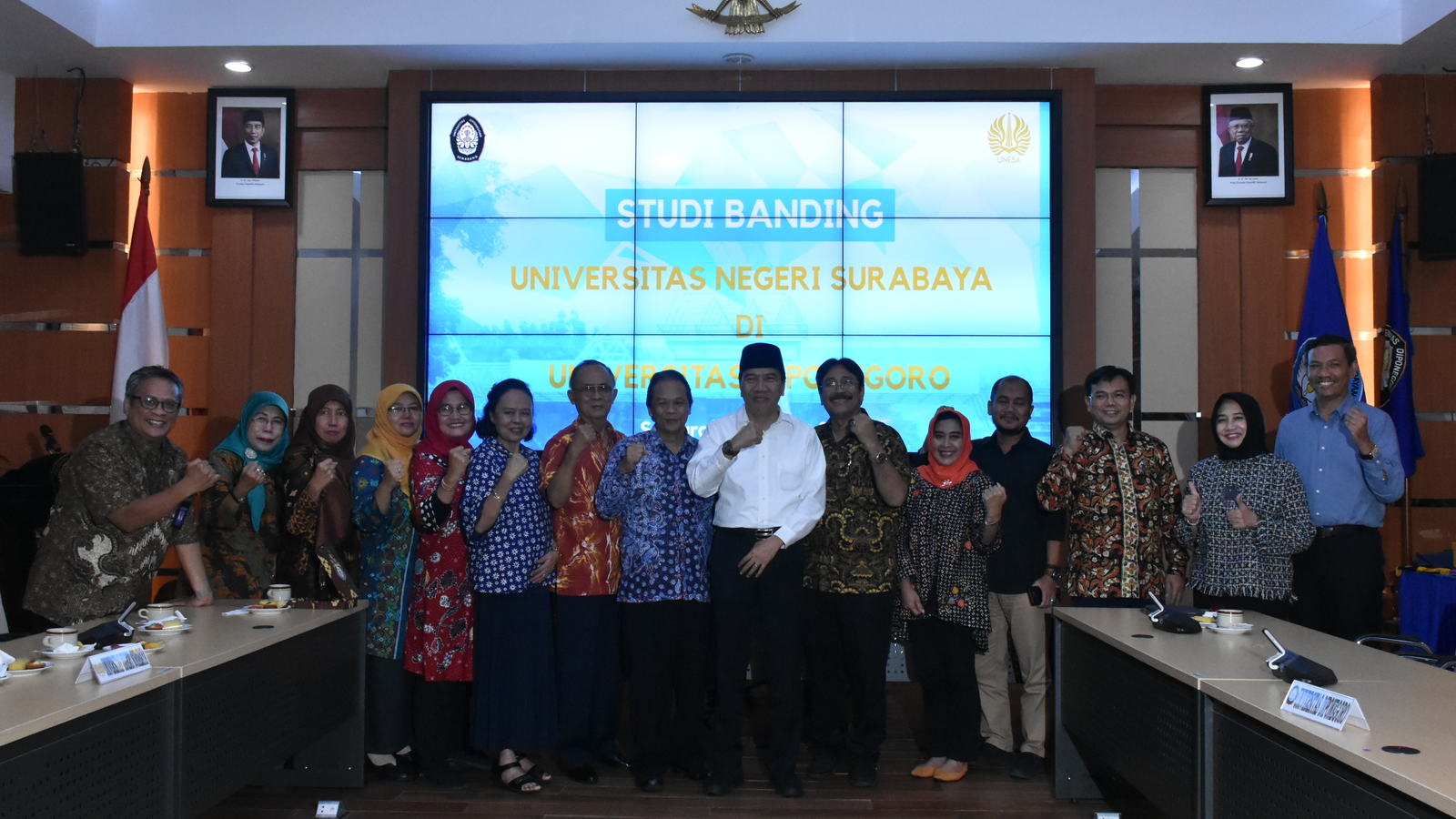 Recently Diponegoro University received a visit from State University of Surabaya in the context of a comparative study. The team from Unesa was welcomed at the the 2nd floor of the Widya Puraya building Rector Meeting Room, Undip Tembalang campus. The visit that was held on Thursday (5/3) discussed the readiness needed to become a Legal Entity State University (PTNBH).

In his remarks, Undip Rector Prof. Dr. Yos Johan Utama, SH., M.Hum. said that the status of PTNBH is a challenge to further improve innovation, research and also welfare. Some of the advantages of PTNBH includes having wide autonomy in academic matters, one of which is that PTN has the authority to open and close its PTN study programs. For the education fee, PTNBH sets the tuition fee based on the technical rates set by the Minister.

In the financial sector, PTN with Legal Entity revenue is from PNBP (Non-Tax State Revenue), in terms of assets, assets obtained by PTNBH become a separated state. Meanwhile, assets in the form of land under the control of PTNBH obtained from State Budget is state property.

As for the preparations that have been pioneered, Undip will build “UDID”, University Digitally Diponegoro, to welcome dynamic changes in the digital era with technology-based learning while still paying attention to classical values.

The Head of the Senate of Unesa Prof. Dr. Haris Supratno expressed his gratitude for Undip’s warm welcome for Unesa’s visit to Undip. The event was concluded with a discussion of many matters relating to the change in the status of PTNBH. In closing the event there was a souvenir exchange and a group photo. (Ut_Humas)