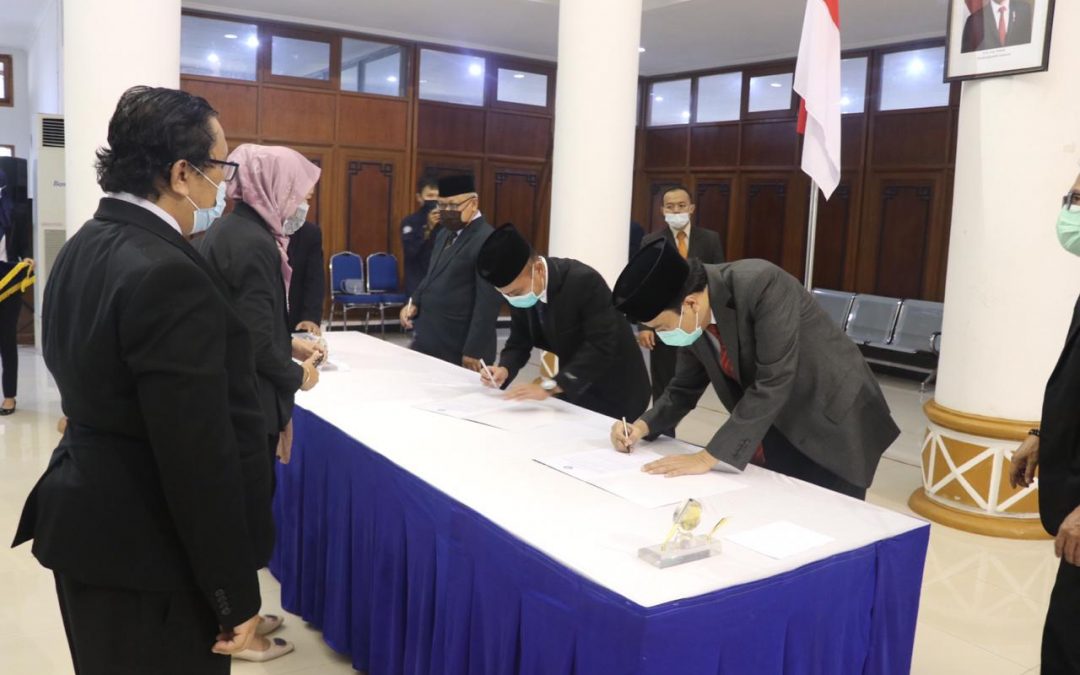 RECTOR: “IT NEED INTEGRITY AND COMPLIANCE IN ABIDING DUTIES”

Thursday, 18/6 at the Undip Tembalang SA / MWA Building Undip Rector Prof. Yos Johan Utama officially inaugurated 1 (one) Civil Servants and 34 faculty / school officials and the head Center of Undip Environment. Present at the event were Undip Rector and its staff witnessed by officials in the Undip campus environment.

Some of the new officials appointed include:

Faculty of Fisheries and Marine Science

Undip Rector Prof. In his remarks, Yos Johan Utama said that in order to carry out the mandate, integrity and compliance are needed. “Integrity is the main thing to be an example, to set an example of not committing corruption and other harmful actions. As well as adherence, which is obeying the rules and carrying out duties with full responsibility ” said Prof. Yos.