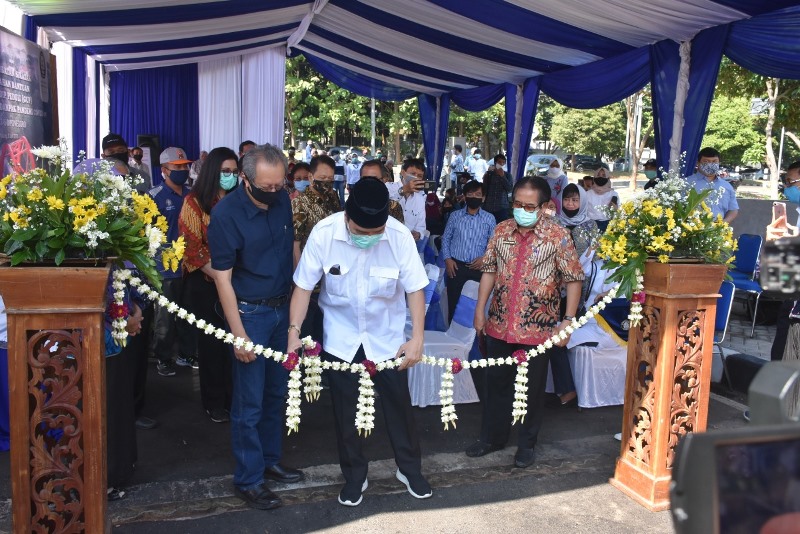 The Sikatak Bridge located at Undip Tembalang was officially opened by Undip Rector Prof. Yos Johan Utama, Friday 3/7. The Rector was present on the event along with the ranks of the Vice Rector and the Deans, Secretary of the MWA Prof. Esmi Warasih, Head of the Academic Senate Prof. Sunarso and other academicians. Along with the opening of the Sikatak Bridge, Undip also provided assistance to students affected by the current pandemic. The cash assistance was initiated by the Undip Care Movement (GUP).

The Sikatak Bridge, located on the Undip Tembalang Campus, was built to connect Prof. Soedharto Street and Undip Ring Road which were cut off by the Krengseng River. This bridge is called Sikatak which means like a frog that can jump. As an illustration of what Undip has achieve in order to make lots of leaps in achievement and other advancements.

With the construction of this bridge, it is hoped that it can accommodate the movement of traffic flow from the Undip Ring Road towards Prof. Soedharto Street without having to turn around or enter the Undip Campus. In addition, it also acted as an easy access to Diponegoro National Hospital, Blimbingsari, Permata Hijau and its surrounding areas.

Commitment Acting Officer Ir. Baskoro Rohadi MT said that the construction of the bridge was funded by the Undip RKAT for the 2019 and 2020 fiscal years in addition to the state budget funds, totaling 22 billion 248 million rupiahs for 10 calendar months, from July 2019 to May 2020, with the contractor PT. Andalan Sakti. 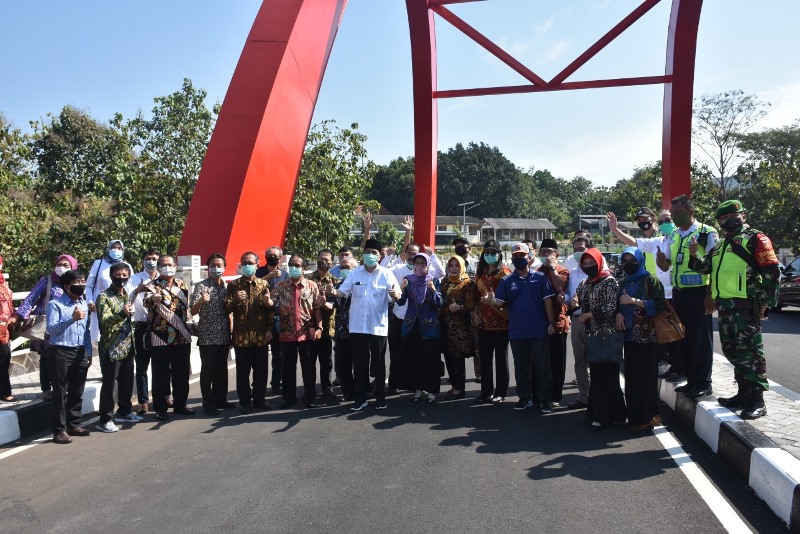 The specifications of this bridge frame were a Truss Arsch Bridge type of steel with a span of 60 meters and a width of 11 m (including the width of the sidewalk on the right and left side of the bridge 1.5 m). The path configuration on this bridge is 2 divided into two-lane lanes (2/2 UD) with 3.5 m lane width each.

“This is a collaboration of all parties, one by one Undip targets must be completed, from the IT, financial and HR fields must be established with the support of a great system to make Undip stronger,” said Prof. Yos, the Rector of Undip during his remarks.

The Rector also added that all the great infrastructure development in Undip does not forget the university’s obligation to protect and provide welfare to the academic community.

Interestingly, the bridge with a construction value of around 20 billion Rupiah is built with a unique and instagramable architectural design. Nothing wrong to build a Bridge that also act as the most hit spot and selfie places.