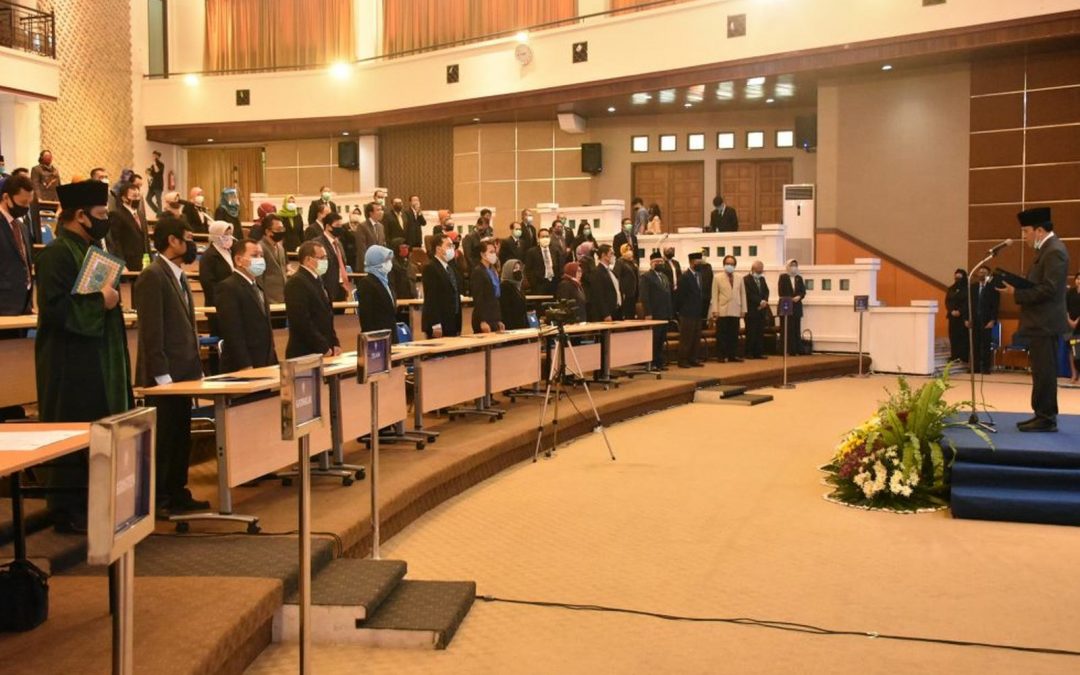 With the inauguration of hundreds of officials, the Rector hopes to further the increase of performance. In his remarks, the Rector emphasized the new responsibilities that they all will be carrying. He emphasized three things, i.e. integrity, innovation and creativity as well as teamwork.

“Right now, we are in a condition that needs a hard struggle. It takes awareness and sacrifice for fair and civilized humanity, ” the message from prof. Yos.

In the inauguration ceremony, the Rector revealed that the oath of office that was held contained the consequences of accountability both in the world and in the hereafter. For this reason, new officials are expected to be able to maintain and uphold the commitment of their oath of office. This is because being a leader is not an objective, but it is a mandate to dedicate themselves for the progress of the institution.

“This is a consequence of the existing regulations, in every five years, the performance of the office will be evaluated. As for the end of the triumph of undip, it is the employee welfare. Let’s be serious because in the future Undip will have many demands and very heavy targets,” said Prof. Yos.

The Rector also hoped that in carrying out the duties, they must have a high level of integrity, namely integrity to love each job of each position they partaken.