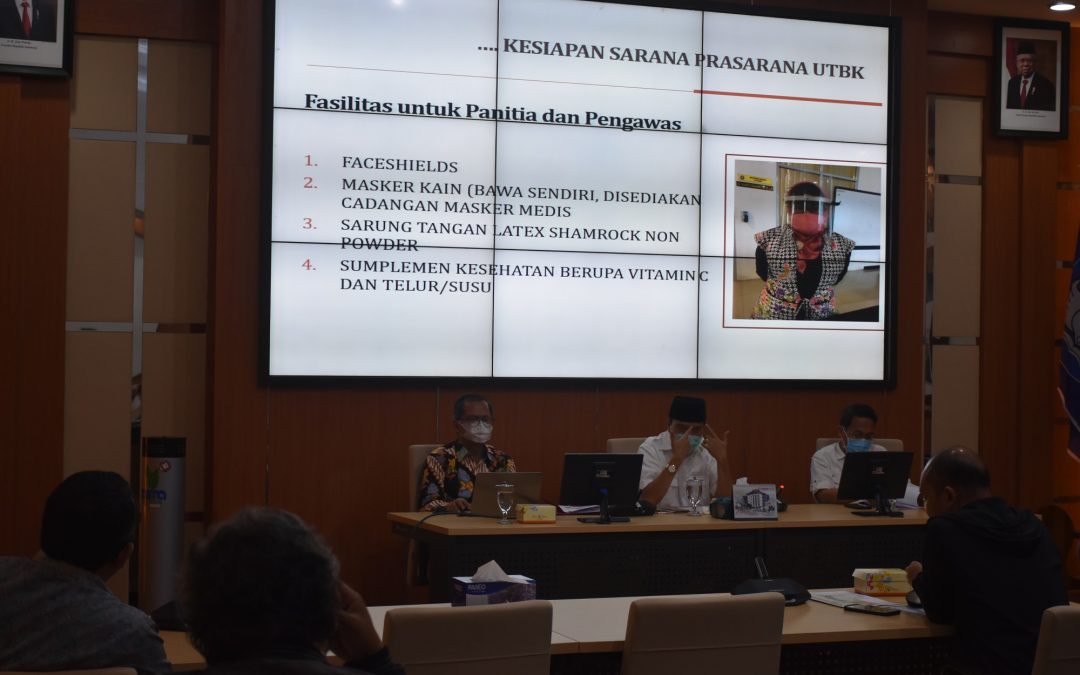 Diponegoro University is one of the major universities in Indonesia. For the acceptance of new students, Undip applies 3 entry channels namely SNMPTN, SBMPTN, and UM. The SBMPTN is implemented through the UTBK test from the Higher Education Entrance Test Institute (LTMPT). The implementation of the UTBK this time was carried out in 2 phases, the first phase starts from July 5 to July 14 2020 and the second phase starts from July 20 to July 29, 2020.

The location for UTBK examination Undip is held at Tembalang and Pleburan Campuses. Undip has provided 995 units of computer facilities.

This 2020 UTBK was attended by 23,092 participants consisting of regular participants and KIP-K as many as 81.74% and 18.28% respectively. Participants came from all cities and districts in Central Java, as well as several cities outside Central Java.