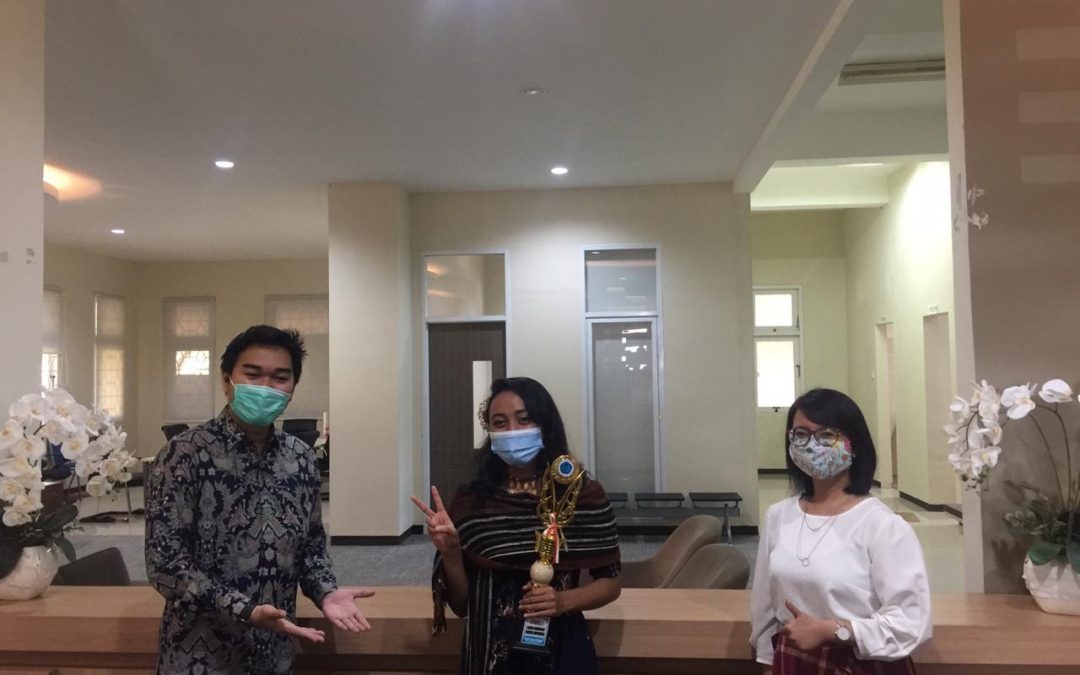 Friday (24/7/2020) – UNDIP has just introduced the Developing Countries Partnership scholarship program from Diponegoro University, Lalaina Tienh Andriamampionona, who won the Indonesian Language Singing Competition 2020. The press conference was held at the ULT Undip Media Center room. The competition was held at the Muhammadiyah University Surakarta in June-July virtually. The competition was participated by foreign students dharma siswa program as well as the developing country partnership scholarship programs initiated by the Ministry of Education and Culture of the Republic of Indonesia. Aside from being a venue for singing talent, this competition was also part of a program to introduce Indonesian language and culture to students from all over the world.

Even though the competition was held in the midst of a pandemic, this did not dampen Lalaina’s enthusiasm to keep up with the competition. The audition video was sent online and was watched by around 2,700 people. In this competition, Lalaina won first place with a score of 268 points. Lalaina sings one national song and one selected Indonesian song. Head of Undip International Office, Kartika Widya Utama, S.H., M.H., in a press conference held this morning, thanked Lalaina. She also expressed her pride towards this Master of Political Science student from Madagascar because she had learned Indonesian and moreover won a competition in the Indonesian language.

In this press conference, Lalaina expressed her gratitude to all the supervisors who helped her during their time at Undip. “Undip is a part of my life while in Semarang and in Indonesia. I learned a lot not only on campus but also studied life sciences and cultural life on Java. I’m happy and grateful to pass all of them and received many lessons from the experience while here”, said the 2017 batch KNB Scholarship student. Lalaina said that the results achieved were not solely by her own efforts, but also from the support of many parties, specifically colleagues in Indonesia and Madagascar.