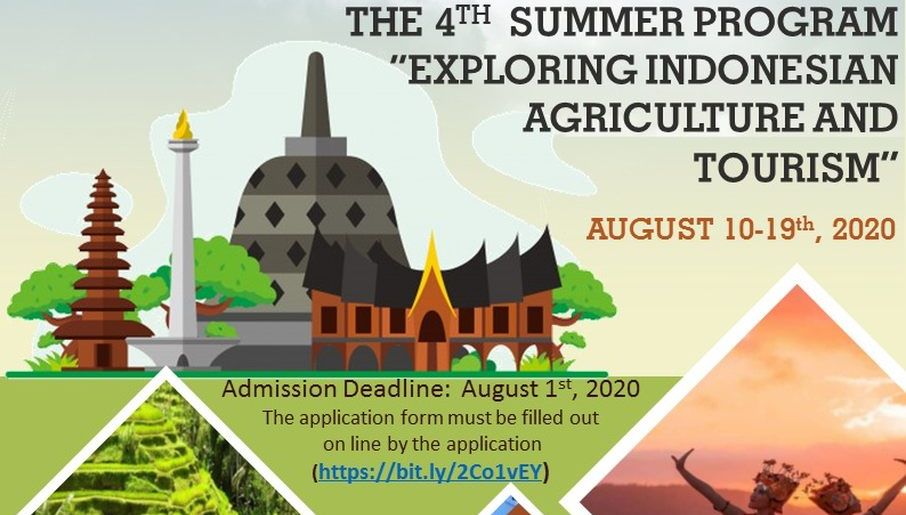 Globalization and the industrial revolution have forced many elements of society to continue to seek international experiences. The chatter inside current student is no longer only about the average grade point, but has led to the number of countries visited. Opening up global insights and experiences in other countries is the main attraction for millennial students. Students are always looking for international exposure. The same goes to universities in various parts of the world, as they continue to internationalize themselves in order to compete. In order to internationalize and expand the network globally, the Faculty of Animal Husbandry and Agriculture, Diponegoro University has again holding a summer course. This summer course is the 4th event since 2016. In this fourth year, the FPP Undip summer course has received extraordinary attention from foreign students. With the main theme “Exploring Indonesian Agriculture and Tourism”, 94 students from 7 countries were recorded interested in participating in this activity.

This summer course itself will be held from 10-19 August 2020. The seven countries that have joined are from the United States, the Philippines, China, Taiwan, Thailand, Rwanda and Nigeria. This number has increased drastically from the previous summer course in 2019 which was only attended by 15 students from 4 countries. This figure is proof that FPP Undip is starting to be recognized and glimpsed by the outside world. This achievement was confirmed by Rosyida, S.P., M.Sc, as the head of the committee, who stated that although the official announcement was only released a month before the event was held, it turned out that this event was able to attract extraordinary enthusiasm from the participants. Even when registration is closed, there are still students who contact whether they still can register or not.

In this 4th run, there is a different, which is the summer course will be held online. Where participants, instructors, and the committee designed activities in the virtual realm. Unlike the 3 previous runs which was held directly in Semarang. During the 2 weeks of the event, participants will generally learn about Indonesian culture, from language, food, culture, tourism, to its history. The goal is that participants can understand the way Indonesian live. Meanwhile, in particular, the participants will be introduced to the agricultural and livestock systems in Indonesia. Various materials have been prepared, starting from the livestock production systems of cattle, goats, to poultry. To top it, materials such as types of spices, native Indonesian flora and fauna, to food industry will also be given to participants. The hope is that participants can understand the conditions of agriculture and livestock starting from the upstream, on farm, then to downstream. In the process, the FPP Undip International Office will involve the academic community of FPP to provide material according to their expertise. The aim is to provide an international learning atmosphere and increase networking. 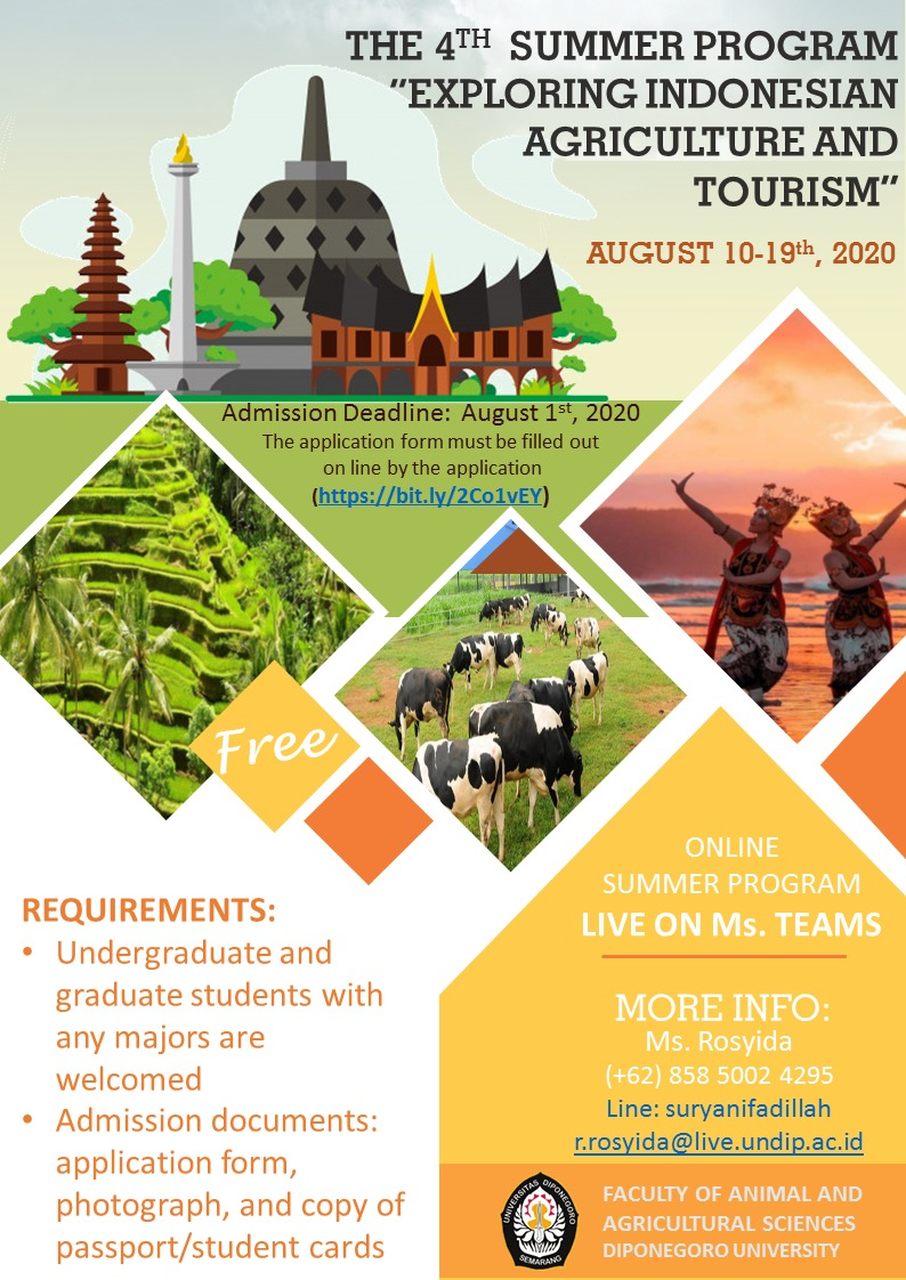