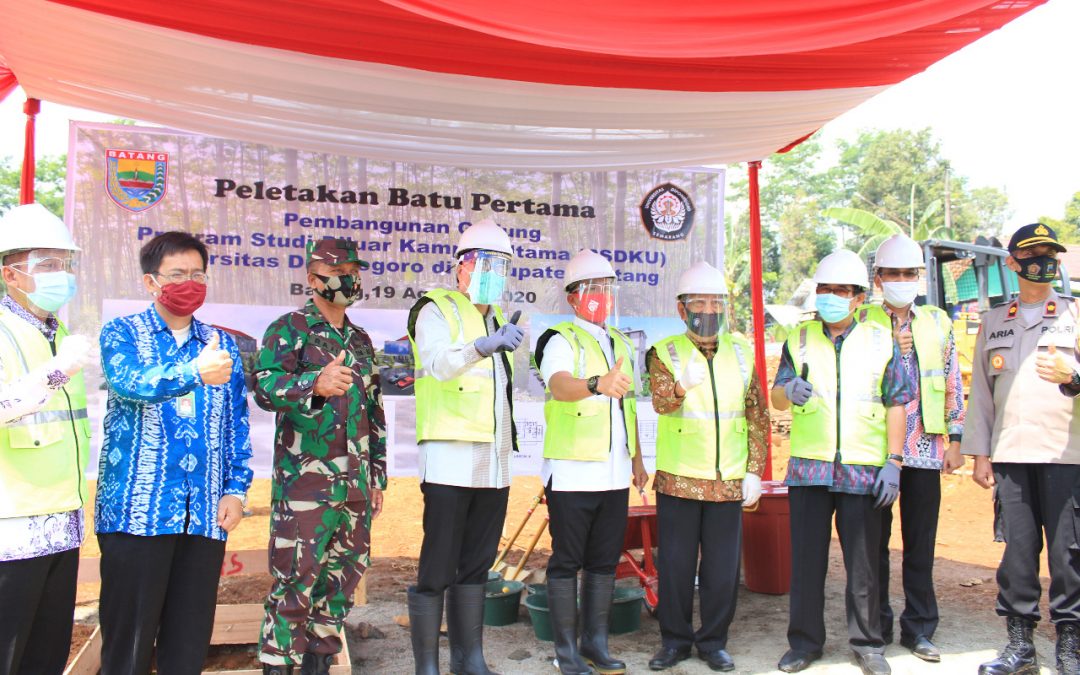 The Rector of Diponegoro University and the Regent of Batang have launched the Batang PSDKU campus on Wednesday, August 19, 2020. The campus will be established in Tumbrep village, Bandar District, Batang Regency, covering an area of 9.5 ha. Vice Rector for Student Affairs Prof. Budi Setiyono stated that it is hoped that later the campus will be able to accommodate around 3500 students from S1 Animal Husbandry, S1 Agriculture, Applied Public Relations, and applied S1 Tax Administration.

The campus will also be equipped with a Science Edu-Technopark in the field of essential oils. There will be research and limited production of products processed by essential oils such as perfumes, soaps and medicines.

The Undip Rector stated that Undip wanted to present a campus that provide benefits to the surrounding community, not only in the field of education, but also to boost regional economic potential. “Stems have considerable potential for essential oils, so it is our interest to optimize this potential downstream to various products,” said Prof. Yos Johan Utama.

In addition, Undip will also develop the campus into a sheep farming laboratory. “We will make Batang the center of national sheep development,” added the Rector. There will be training and incubation of sheep farming in collaboration with the Sheep Farmer Association.

Meanwhile, the Regent of Batang in his remarks expressed his gratitude and gratefulness because the long dream of Batang residents to have a campus has finally been actualized.

“As the Head of Region representing the people of Batang, I am very grateful and feeling thankful to Undip especially to Prof. Yos who has realized the old dream of Batang residents to have a campus,” explained H. Wihaji, S.Ag., M.Pd.D

With the presence of the PSDKU Undip campus in Batang, it will certainly bring great benefits to Batang residents and will affect many things, especially the improvement of the Batang residents’ economy. As exemplified by the Regent, the land surrounding this future campus area will increase in price. Not only that, the presence of the PSDKU Undip campus can improve the civilization of the Batang Regency community in the future as the opportunity for Batang residents to obtain quality higher education becomes wider and easier.