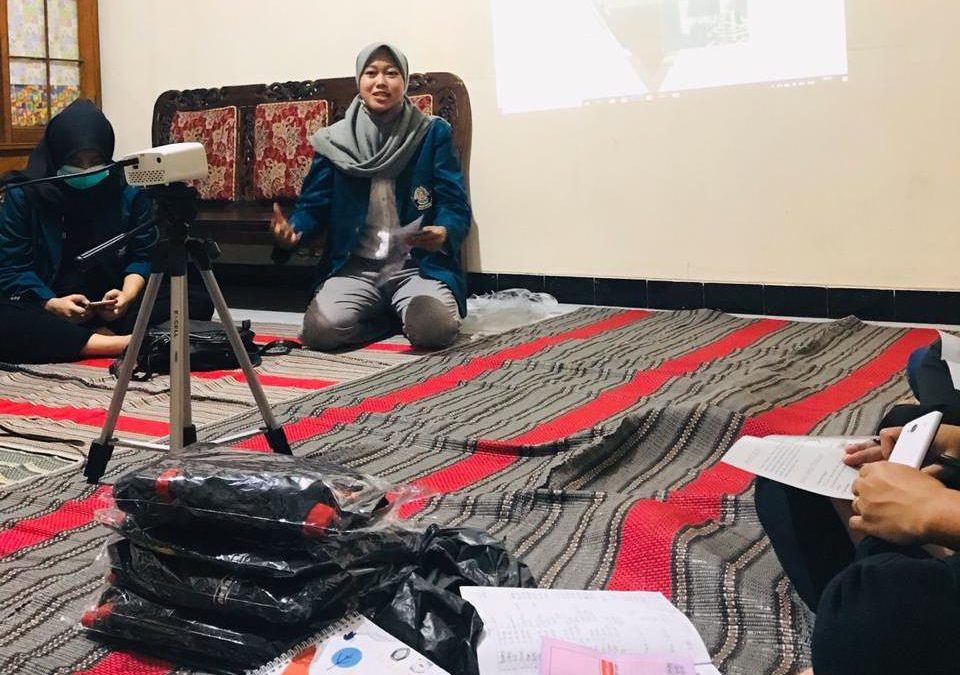 One of the villages located in Tembalang Subdistrict seems to have preserved art. The Residents of RW. 04 Jurang Blimbing still has three local arts that have been preserved since the 1970s. These arts include: Kuda Lumping, Karawitan, and Ketoprak.

Azza Ifana, an Undip Indonesian Literature student gave training to village youths who are members of the IKADA (Ikatan Kawula Muda) Jurang Blimbing regarding podcast content on Friday (14/08). Podcast content itself has a concept in the form of audio recordings on certain topics that are disseminated through social media. According to Azza, podcast content can be a means of promotion and introduction to the arts in Blimbing. “Yes, because podcasts are still loved by the younger generation means that they can reach many audiences,” said Azza.

Podcast creation tends to be easy for anyone to do. Podcasts themselves don’t require video editing skills that seem complicated, but can be done only with a basic application on a smartphone. In addition, the main keys in making podcasts are material for topic introduction and voice recordings.

With this training, it is hoped that many young people in the village of Jurang Blimbing, especially those who are members of IKADA, can introduce local arts with millennial methods such as podcasts. In addition, IKADA has an important role as the social media holder of the Blimbing. “Yes, this podcast training is beneficial as in this day and age everything uses socmed (social media, ed). The goal is right because it reaches many people, especially young people, to better understand traditional arts, especially those in the Jurang Blimbing, “said Triyono, as Field Supervisor (DPL) Undip Team II Thematic KKN.