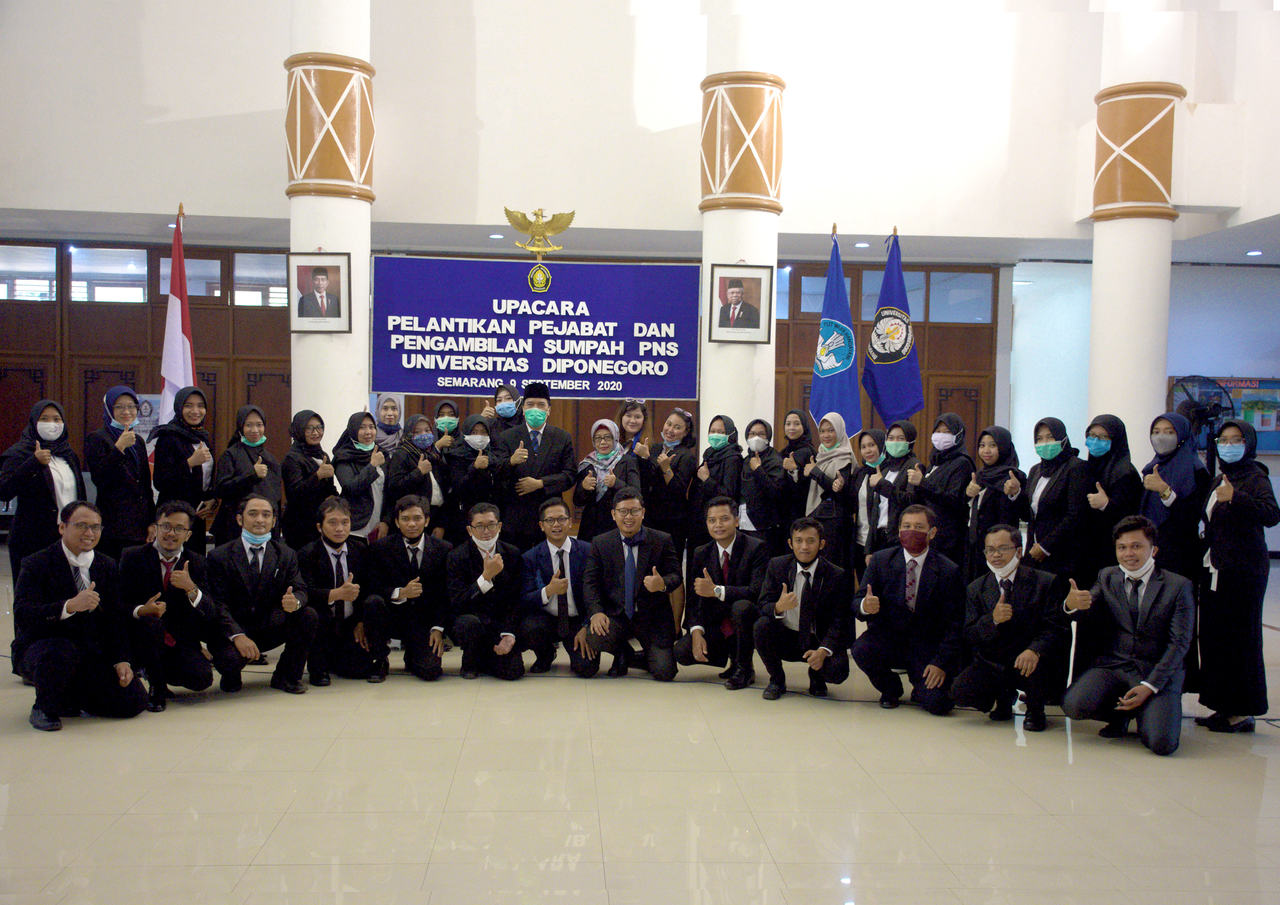 Semarang – The Rector of Diponegoro University has again inaugurated the ranks of officials on Wednesday, September 9, 2020. The inauguration ceremony of Undip civil servants and oath-taking was held at the Hall of SAMWA Undip Tembalang. This event began with singing the song Indonesia Raya, then continued with the reading of the decision to appoint an official. The inauguration ceremony was also attended by Vice Rectors, Deans, Head of the Academic Senate, Vice of the Board of Trustees, as well as Undip officials.

The oath-taking led by Undip Rector were accompanied by clergy. Prof. Yos Johan Utama, S.H. M.Hum. congratulate the officials who have been inaugurated and hope that their performance is in accordance with the oaths and promises that have been spoken, and in accordance with the rights and obligations of their respective jobs. His wish that all Undip officials could continue to maintain Undip’s good name and always behave properly. He emphasized that Undip has also provided a budget in order to support its employees to continue working by developing ideas, innovations, and research. With positive support from the campus and also the state, it is hoped that employees will be able to hone their skills and participate in building Undip to be more innovative. “Please take care of your integrity, have a good job for the new officials. Don’t complain easily, do something. We are not present as problems but as problem solvers “, concluded Prof. Yos.