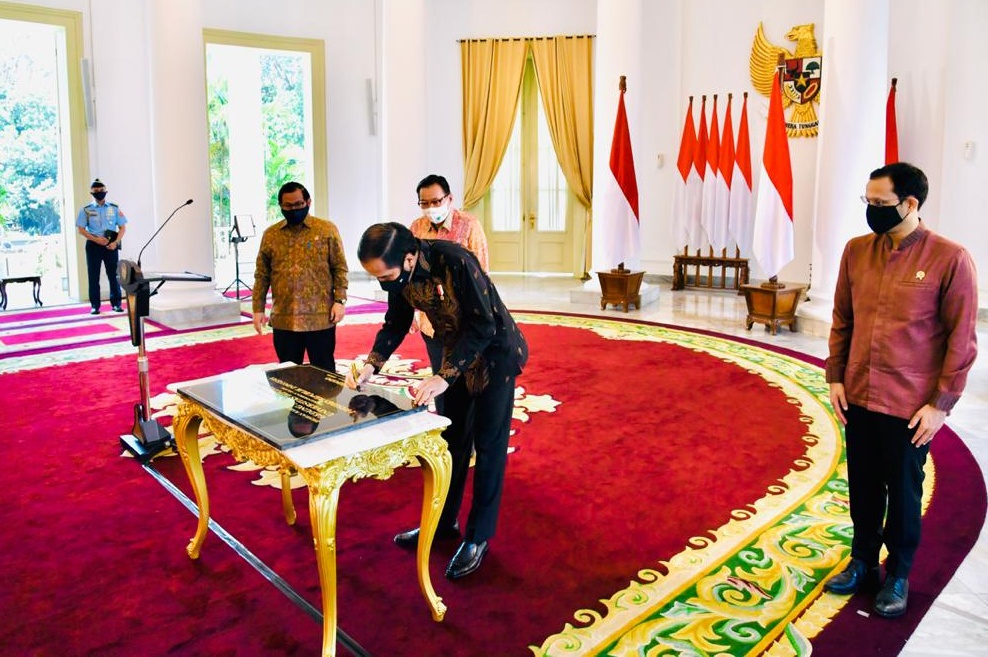 Wednesday morning, August 26, Diponegoro University inaugurated the Vocational School building which is located in the Tembalang Campus area, Semarang. In contrast to the usual inauguration, the activities took place in three cities. Apart from Semarang, where the Rector of Diponegoro University, Yos Johan Utama, Dean of the Vocational School of Diponegoro University, Budiyono and the Governor of Central Java, Ganjar Pranowo resides, the activity was also held at the Bogor Presidential Palace as the President Joko Widodo performed the inauguration from there. Jakarta is a gathering place for company representatives who are partners for the construction of the new campus. This is what happens when the inauguration is done virtually.

“The priority of the Indonesia Maju Cabinet for the next five years is the development of human resources to bring us to become a developed country. Because the time for the demographic bonus peak arrives, where the working age dominates the proportion of Indonesia’s population, we must provide as many job opportunities as possible, increase the capacity of human resources that are more productive, more competitive, where vocational education occupies an important position in the development of our human resources. Therefore, I warmly welcome the assistance from Sinar Mas and the Astra group to Diponegoro University in the form of buildings and supporting infrastructure for vocational education, “said the President in his remarks. “Apart from higher education, there are industries that work directly in the field, practice directly in the field. There is an entrepreneurial ecosystem, there is research and development, this is a good source of learning for our young generation, especially in vocational education,” Jokowi advised.

Of course, being a bit delighted is not wrong, because in the midst of a pandemic that makes every activity take place full of restrictions, the Managing Director of Sinar Mas, G. Sulistiyanto has the opportunity to be present in Bogor. “The need for human resources with a vocational education background is actually in high demand. However, the quantity of the vocational workforce is indeed limited, and those who have the ability to meet industrial needs are even smaller in number. Support in the form of a grant like this can be a solution to bridge our needs,” he said after accompanying the President along with the Minister of Education and Culture, Nadiem Makarim and Cabinet Secretary Pramono Anung. 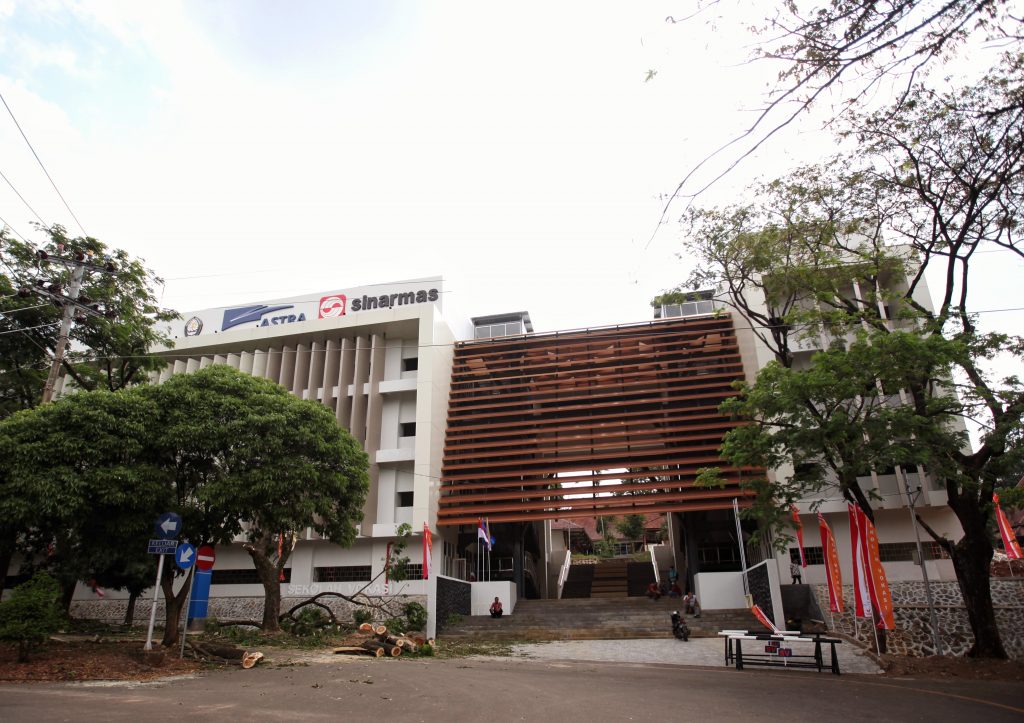 Using a green building concept design, a four-story building covering an area of nearly 5,000 square meters which also provides an entrepreneurship lounge, which Undip and the GK Plug and Play accelerator will use to form the figure of young entrepreneurs, is seen by Sulistiyanto as a symbol of the determination of academicians to answer the challenges of the times, “An environment that is environmentally friendly and energy, as well as humanist, is necessary in order to innovate through various research and development benefits for the wider community, especially industry.” There, Sinar Mas and Astra granted of no less than Rp40 billion.

The two entities do have quite a long track record in the development of vocational education, as Executive Director of the Eka Tjipta Foundation (ETF), Ardy Candra Sutandi, in the virtual press conference said, “Sinar Mas’s commitment is seen in the Bandung Institute of Technology and Science which was established in Deltamas in 2010, together with the Bandung Institute of Technology and the Bekasi Regency Government, as well as the presence of the Sinar Mas Berau Coal Polytechnic in East Kalimantan in 2019. ” According to him, this year, the initiative was in the form of the Vocational School Revitalization program which created a vocational school with the Marketing and Digital Communication (Medsos) field of study, namely SMK 1 Gunung Sahari and SMK Kanisius Ungaran. “Internally, the ETF has provided signs for an apprenticeship program in the Sinar Mas business pillar, which is planned to be implemented in 202,” he said.

With that amount of support, it is not surprising that the two entities, Sinar Mas and Astra, although not intended, are seen as competing in carrying out the disclosure of the inauguration activity in the mass media. Until three days after the inauguration there were hundreds of news on online media pages reporting it. There are no losers here, all are winners, with the main winner of course vocational education in this country. As said by the Rector, Yos Johan Utama, “Hopefully, the patriotic attitude of the two companies can become an example for other industries to participate significantly in improving the quality of vocational education in Indonesia. So, it is not impossible that in time, vocational education will become the champion.”