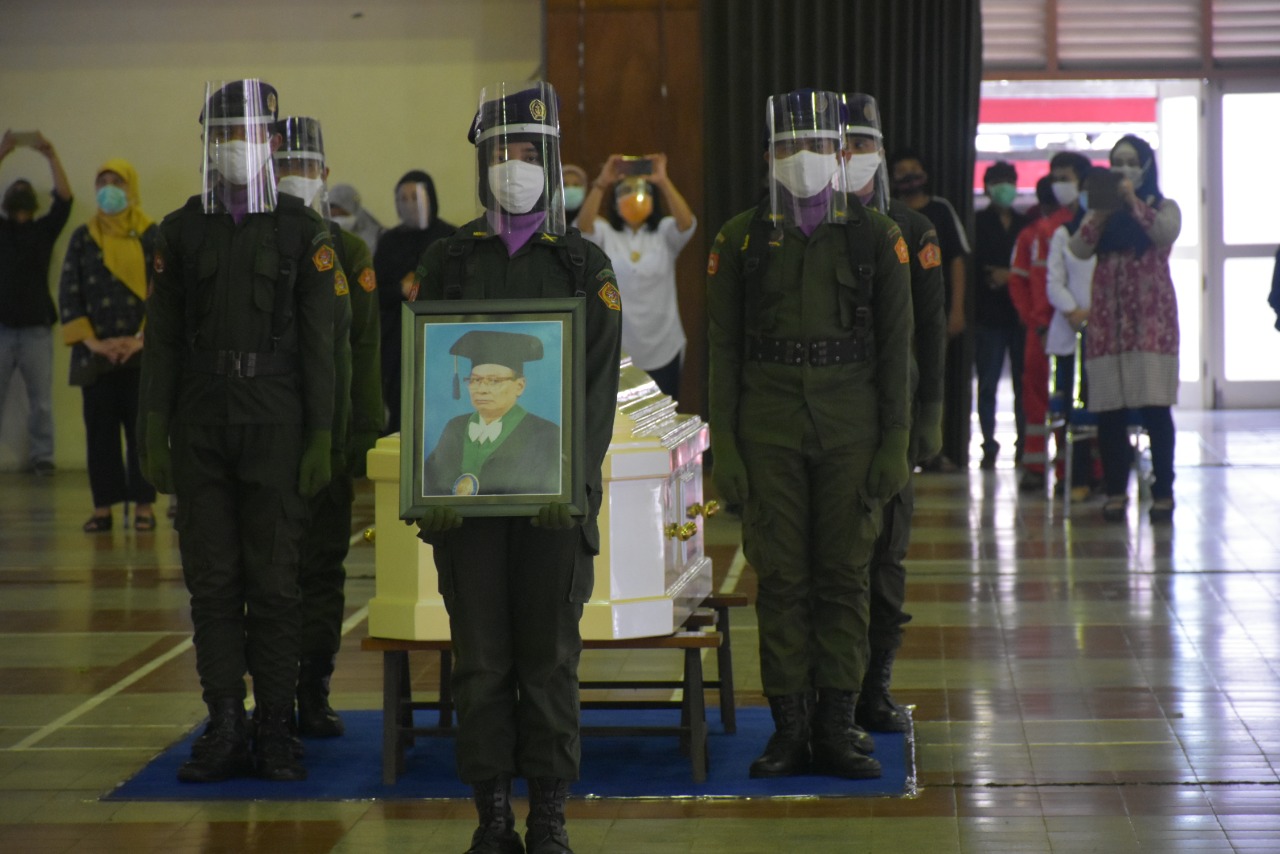 Diponegoro University mourned the passing of Prof. Dr. dr. Ag. Soemantri, SpAK. S.Si., an Undip Professor from the Faculty of Medicine on Monday night (21/9/2020). The final tribute was given by Heads of Undip along with its academic community at the funeral ceremony which was held on Tuesday morning (9/22/2020) at the Undip Peleburan campus auditorium building.

Having the role as the inspector of the ceremony, Prof. Budi Setiyono, S. Sos., M.Pol.Admin., Ph. D. as Deputy Rector for Academic and Student Affairs came to represent the Undip Rector. “During his life, the late Prof. Soemantri is known as a pediatrician who is friendly and has a high social life,” said Prof. Budi in his speech.

Furthermore, Prof. Budi revealed that the professor’s dedication to devote his knowledge, especially in the fields of hematology and oncology, was enormous. The progress of the late Prof. Soemantri in the medical field makes Diponegoro University proud. There are many things and dedication that the late Prof. Soemantri had made for the community, especially for the health and recovery of children who have cancer and blood disorders.

Some of the services that have been carried out include being the Deputy Chair of the Semarang Municipality PMI from 1987 until now, Originator and Advisor of the Yasmia Semarang Hematology Foundation from 1994 until now, Originator and Advisor of the Association of Parents of Thalassemia Patients and the Association of Parents of Hemophilia Patients in Semarang from 1993 until now, The originator of the Yastri Foundation, which treats incapacitated patients who were treated at Kariyadi Hospital from 1994 until now, Expert Advisor and co-founder of the Indonesian Oncology Foundation in Jakarta, as well as many other dedications according to his expertise in the field of hematology, which is one of the health studies that studies blood and its disorders. Also, oncology is the sub-field of medicine that studies and treats cancer.

The late Prof. Soemantri left 3 daughters, son-in-law and 6 grandchildren. Meanwhile, his late wife, Mrs. Maria Goretti Tuti A, had already passed away to the presence of God Almighty.