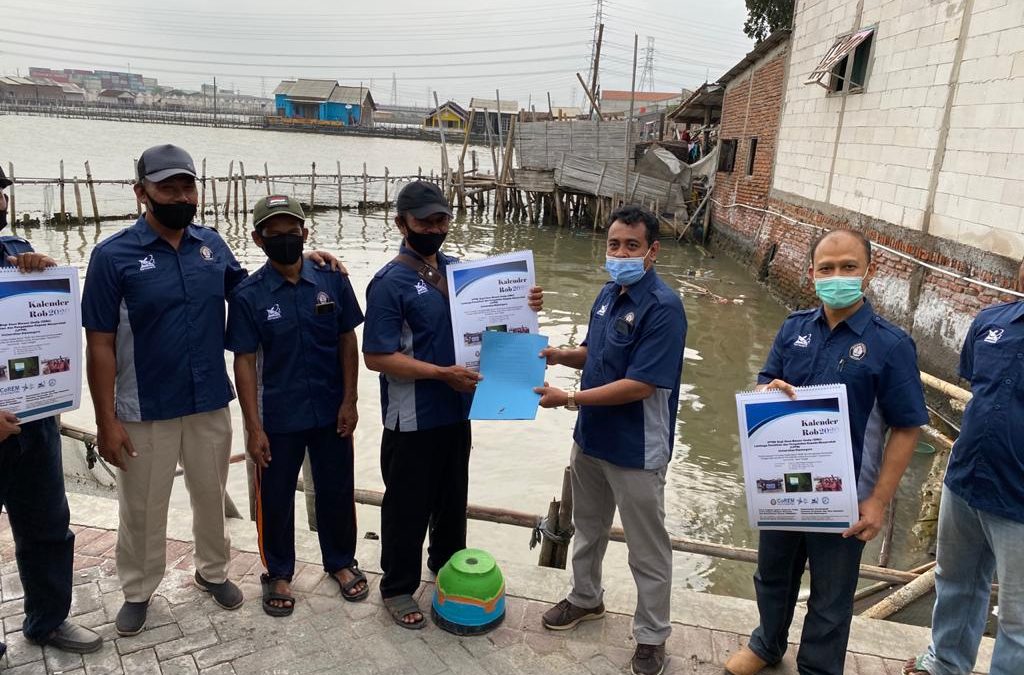 The socialization of the use and updates of the 2020 Coastal flooding Calendar data is a continuation of the collaboration between Pokmaswas and the Community Service Team of the Oceanography Department of Diponegoro University which was carried out through the Science and Technology Program for Undip Assisted Villages (IDBU) during 2018-2020.

According to the head of the IDBU Undip Team, Prof. Dr. Denny Nugroho Sugianto, ST., MSi., this event aims to create a community that is resilient to coastal disasters in Tanjungmas Village, Semarang – Central Java, due to coastal flooding which is a part of the life of the local community at any time. Coastal flooding’s calendar is very beneficial for today’s society. The community can easily predict when the coastal flooding occurs, how high it will be, how long it will last, and how the water level is in the coastal flooding, so that people can anticipate efforts by preparing to move things or save some furniture in order not to be flooded by the sudden coastal flooding water. Another benefit felt by residents is when they will have social events, religious events, and even wedding receptions. Residents can see the coastal flooding calendar to determine the right time so it doesn’t coincide with coastal flooding’s occurrence. In addition, it is also useful as information for short, medium, and long- term mitigation for the government, stakeholders, and the community related to coastal flooding that occurs in coastal areas. This is also one of Diponegoro University attempts of implementing the government’s agenda, namely the Sustainable Development Goals (SDGs) with the goals of SDGs 13 (climate action) and 17 (partnerships for the goals), namely strengthening implementation measures and revitalizing global partnerships for sustainable development. sustainable. Sustainable Development Goals (SDGs) are global action plans agreed upon by world leaders, including Indonesia, to end poverty, reduce inequality and protect the environment. The SDGs contain 17 Goals and 169 Targets that are expected to be achieved by 2030.

As we know, the tidal flooding, known as coastal flooding, is an event in nature caused by sea level dynamics that are detrimental and disrupting normal life. Tidal disasters are a thing. These types of disasters are generally caused by excessive sea level rise to reminisce on land surface, to which one of the causes is due to global climate change. 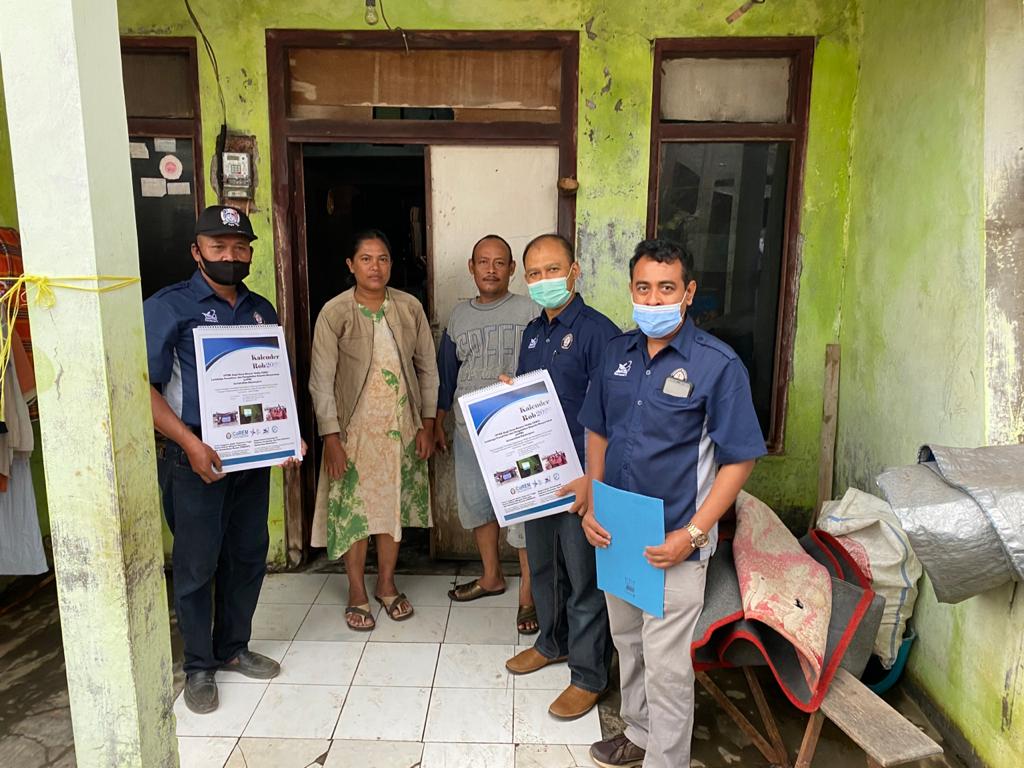 The same thing is felt by some local residents, for example the Head of RT 04 RW 16, Mr. Suratno who is assigned as the Head of the Manunggal Bahari Community Supervisory Group (Pokmaswas) spoke in behalf of the residents. He conveyed that the existence of the coastal flooding calendar is very useful as it helps residents to determine the upcoming events held in the village. According to the chairman of RW 16 Tambakrejo Tanjungmas, Mr. Slamet Riyadi, the coastal flooding calendar, which has been made for several years by the Undip IDBU Team from 2018-2020, and given to the residents is so beneficial and it helps residents in their daily life which cannot be separated from coastal flooding that can occur any time. With this calendar, current residents can anticipate and be able to save their belongings before the flood comes.