ICZM Undip Receives a Visit from the Dutch Delegation 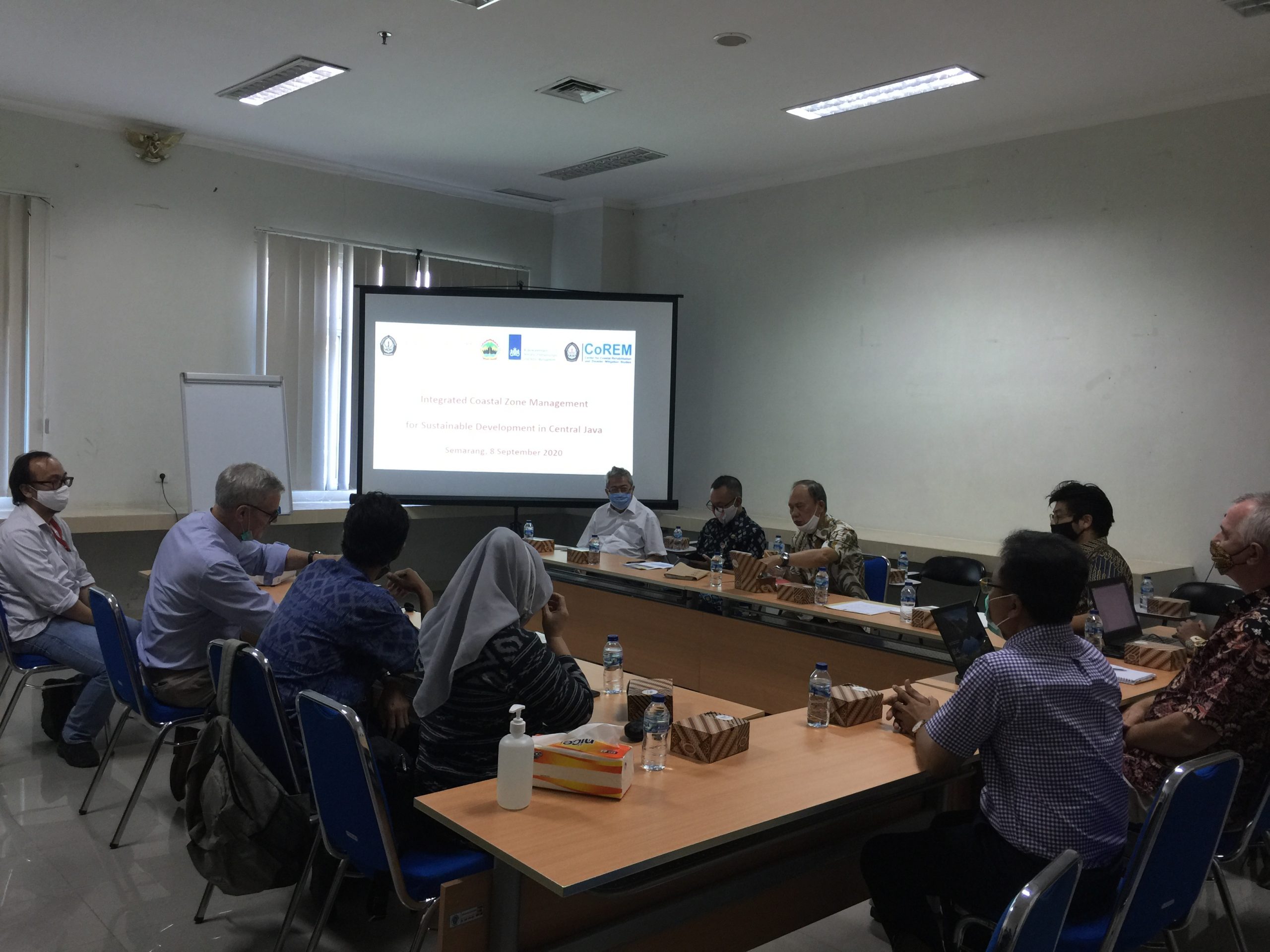 Center for ICZM (Integrated Coastal Zone Management) Diponegoro University holds activities with the Orange Knowledge Programme Team which was located in the Seminar Room Integrated Laboratory Undip (8/9). This activity is the first visit of a Dutch delegation among visits to other Indonesian-Dutch cooperation institutions. The meeting is chaired by Dr.-Ing Wisnu Pradoto as Project Director of the Orange Knowledge Programme and Dr. Muhammad Helmi as Deputy Director.

This meeting discussed about the continuation of project collaboration with Central Java Province in the midst of the Covid-19 pandemic. The Central Java Provincial Government feels the need to conduct a review of pending planned activities. On this occasion, several collaborations were agreed between Diponegoro University and the Provincial Government of Central Java, including the management of the coastal area of Brebes Regency, the development of an integrated industrial area of Batang Regency, and the arrangement of coastal settlement areas in Rembang Regency.

The event is attended by representatives from the Netherlands-Indonesia Delegated Representative Water led by Dr. Rien A.C.Dam, and is also attended by Victor John Coenen from Witteveen + Bos the Netherlands, Barry Beagen from the Kota Kita Foundation, and various agencies from Central Java Province, including the PUSDATARU Office, Disperakim, Diskominfo, Disnakertrans, and Secretariat of Central Java.

It is hoped that in the future, the Pantura area of Central Java will become an attractive potential, industrial and cross-sector development is getting bigger, so it is necessary to plan coastal spatial planning in dividing cultivation-non-cultivation areas, considering that there are many buildings and residential areas that are increasingly developing in coastal areas.