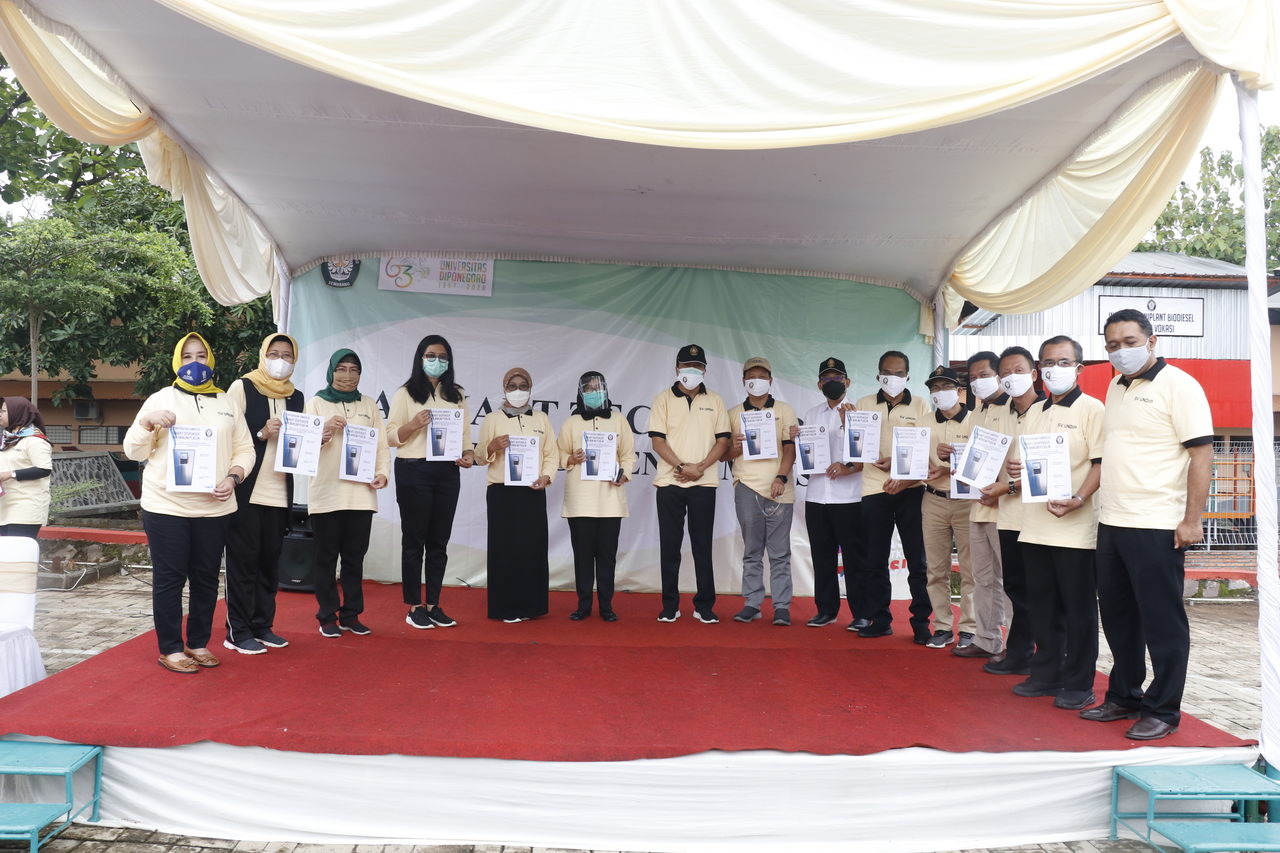 Semarang – Rector of Diponegoro University, Prof. Dr. Yos Johan Utama, S.H., M.Hum. launches the smart technology based on IoT, Public Smart Dispenser and Irrigation & Monitoring System on Tuesday, October 27th 2020. Taking place at UNDIP Vocational School, this activity which carries the theme of Smart Technologies in the Green Campus is a form of support for Diponegoro University as a Green Campus for IU Greenmetric ranking. This activity is attended by university leaders, Dean of Faculties at Diponegoro University, Director of Innovation and Research Result Development along with the Deputy, Head of the Ranking Office, SDGs Coordinator, and Heads of Applied Undergraduate Study Program of Vocational School of UNDIP. The spirit to be shown in this theme is how the use of smart technology to support and create a Green Campus starting from IoT-based technology.

The use of this Public Smart Dispenser can support the Green Campus Program which encourages the academic community to reduce the use of plastics, especially mineral bottled water. The implication of Ministerial Instruction No.1/M/INS/2019 regarding the ban on the use of single-use plastic drinking water and/or plastic bags within the Ministry of Research, Technology and Higher Education, will directly reduce the use of single-use plastic bottled drinking water. For this reason, the presence of a dispenser can be a solution for those who carry their own drinking bottles/tumblers. The Public Smart Dispenser complements the existing dispenser technology with IoT technology which can automatically giving signal that the water indicator in the dispenser is running out. So, refilling water will not be too late, and avoid emptying/running out of water in gallons.