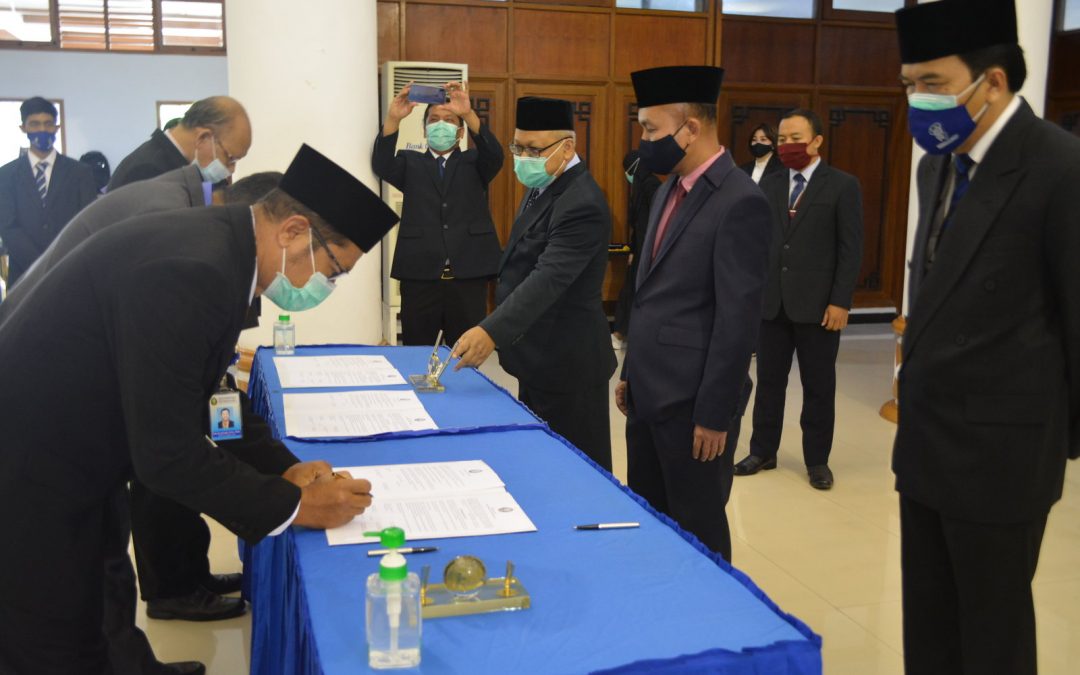 Semarang (24/11) – Diponegoro University holds another official inauguration in this morning. Located in the Hall of SAMWA Undip Building, there are six officials who are directly appointed by the Undip Rector. The inauguration ceremony is attended by Vice Rectors, Deans, Chair of Academic Senate, Deputy Chair of Board of Trustees, as well as officials at Diponegoro University. This event begins with singing the song Indonesia Raya, then continues with the reading of decision to appoint the officials.

The taking of the oath of officials is led by Undip Rector, Prof. Dr. Yos Johan Utama, SH., M.Hum., accompanied by clergy. The event continue with signing of a handover letter, followed by inauguration of the position by Undip Rector. In his speech, Undip Rector, Prof. Yos, emphasized that structural and functional officials have the same duties and responsibilities. All those who work at Undip play a role in helping students and in advancing Undip, so they have the same responsibility to carry out tasks as sworn in. Behind this inauguration there are many responsibilities, especially responsibility for the welfare of the Indonesian people, by implementing Pancasila in practice to make Republic of Indonesia to be better. “Undip takes firm action against violations that occur in carrying out their duties. Show your achievement in carrying out noble tasks. Congratulations on your new position, hopefully you will be blessed. Do not cause a problem. By this promotion, hopefully it will increase your work performance”, concluded Prof. Yos.