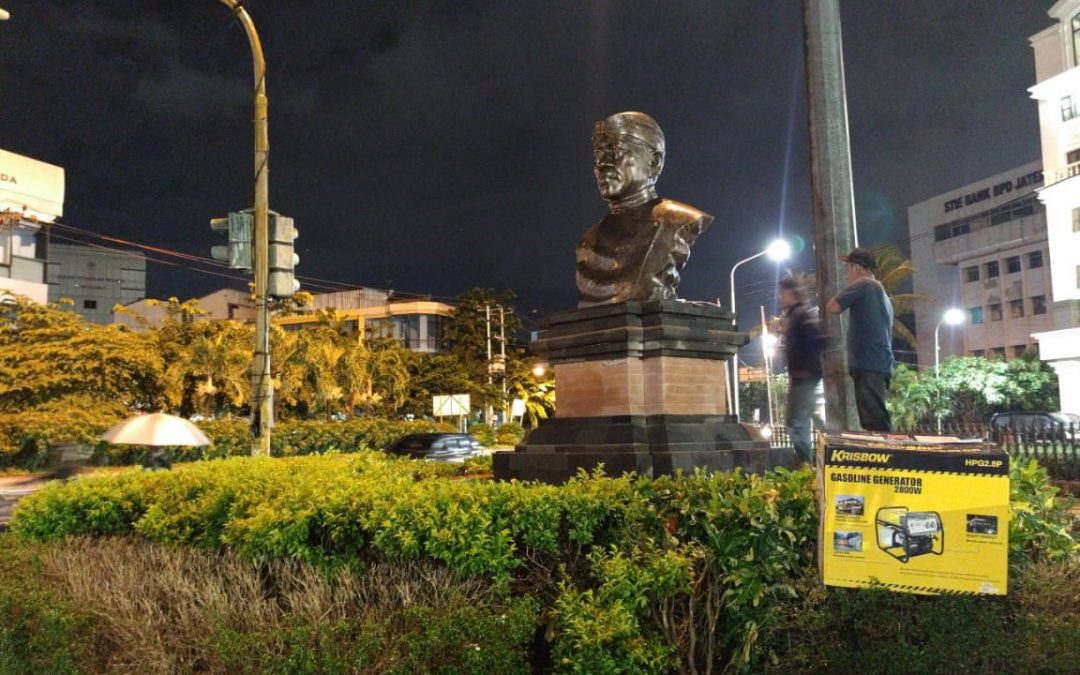 SEMARANG – Head of History Department of Faculty of Humanities Diponegoro University (UNDIP), Dr. Dhanang Respati Puguh, M. Hum., stated that the figure of dhalang or puppeteer and traditional artist,Ki Nartosabdho, is a legend of traditional arts whose works are important for the younger generation to know. Ki Nartosabdho’s works of art are monumental and worthy of being passed on to future generations.

In the context of pakeliran or wayang kulit (puppetry) performances, Nartosabdho made changes to the elements of pakeliran to emphasize his identity as puppeteer, both in narrative and dialogue (chess), sulukan, gendhing, keprakan, stage setting, and the cultivation of wayang characters. The puppeteer, who is closely related to the Wayang Orang Ngesti Pandowo Semarang, also dares to include musicals from other regions in his performances.

The phenomenal event is when he makes lakon banjaran or biographical plays. The banjaran performance has become popular since it was introduced by Nartosabdho in 1977, and is known to public as the story of a puppet character from the process of birth to death. Banjaran had become a trend not only in wayang kulit (shadow puppet) performances, but also in wayang orang (puppet stage groups) performances.

With his creations and compositions, he has enriched the repertoire of Javanese ghending. With his works, Nartosabdho is a productive composer who has become a pillar of support for Javanese musical life in Surakarta style.

Responding to the plan to build a statue of Ki Nartosabdho near Semarang Zero Point, Dhanang Respati Puguh, who has done a lot of studies on the history of art, said this is something that should have been done. The making of Ki Nartosabdho statue was initiated by humanist Jaya Suprana, and the sculpture was made by a sculptor who is also a cartoonist Yehana SR.

“(The statue) is a form of respect as well as a memorial to the great artist who is the pride of Central Java and Indonesia. I think it is necessary to consider that his name is immortalized as a street name in Semarang City,” said Dhanang Respati Puguh, on Monday (22/3/2021).

A respect for Ki Nartosabdho has been manifested in the form of an inscription of name of the building in Wayang Orang (WO) Ngesti Pandowo which is headquartered in Raden Saleh Cultural Park (Taman Budaya Raden Saleh) Semarang. There is also Nartosabdho Park in Klaten, Central Java, in the city of birthplace of the maestro. However, said Dhanang, it is also appropriate to implement it as a street name.

Nartosabdho was born in Klaten on August 25th 1925, under the name Sunarto. He was born as the youngest of seven children of Parta Tanaya (a mranggi or keris maker) and Mrs. Kencur. Sunarto’s father was not only good at making warangka keris, but also had skills in the musical field. When he was three years old, he and his brother, Mardanus, were invited by his father to participate in klenengan activities to accompany the performances of Klaten puppeteers.

This habit continued until Sunarto started formal elementary school. Little Sunarto also learned dancing with RM Suraji, painting by himself, playing guitar and violin, and even singing keroncong songs. Equipped with the ability to play guitar, violin, and sing keroncong, he then joined Sinar Purnama Orchestra.

His artistic journey became even more intense after joining the kethoprak and puppet stage groups that had flourished since 1920-1930s. He participated in about 10 associations. Through this journey, his knowledge and skills in Javanese musicality had increased.

In 1945, Sunarto joined Ngesti Pandowo puppet stage groups led by Sastrosabdho. He is accepted as a niyaga (gamelan musician) with a specialization in playing kendhang (two-headed drum) instrument. Impressed by his talent and willingness, Sastrosabdho encouraged Sunarto to study informally at Surakarta Karawitan Indonesia Conservatory which was established in 1950. When he joined Ngesti Pandowo, Sunarto brought changes in music so that it was not monotonous.