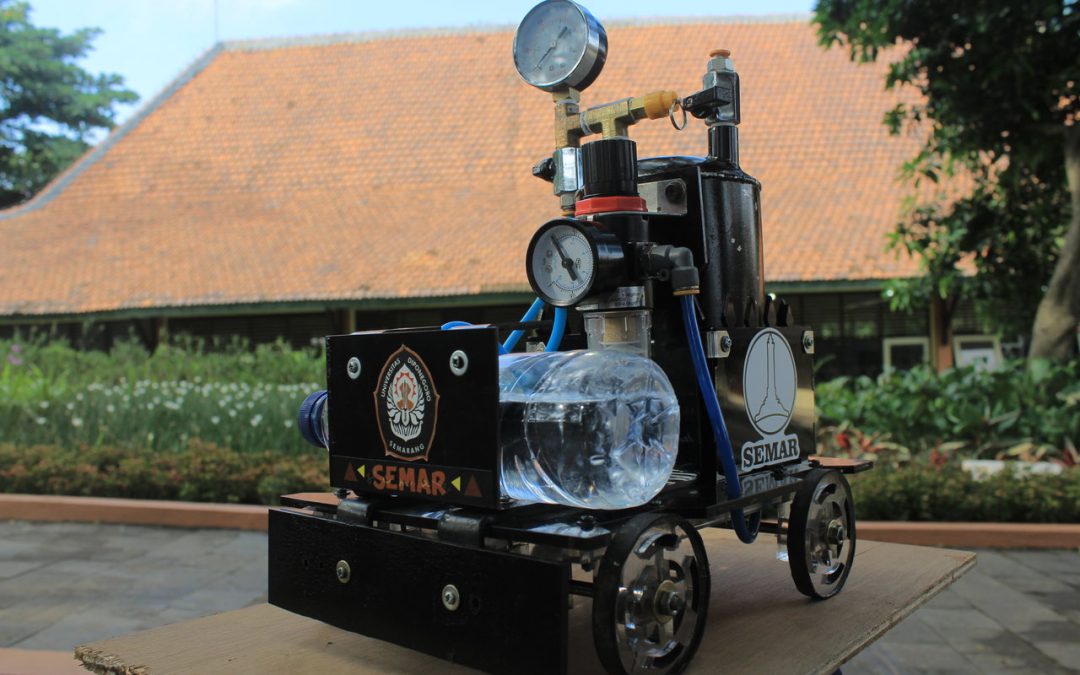 SEMAR Car Team wants to contribute more to the development of fuel efficient cars in Indonesia. This idea arises due to the lack of awareness of Indonesians about environmental pollution due to emissions from car engine combustion. The Chem-e-Car team is succeeded in making a car prototype with chemical fuels that produce environmentally friendly exhaust gas.

SEMAR Team consists of Yosy Hartono Wibowo, Maula Nazri Affandi, Ovika Sita Widi Astuti, Shelvin Putri Hariyatno and Jelita Mutiara Hati, pinned SEMAR Team name on the chemical car inspired by a puppet shadow (wayang) character which has the same name. The car is also formed in resembled of the size of the puppet with characteristic of large rear and a reactor is installed at the rear of car.

The operation of SEMAR car is from the pressure generated by a chemical reaction that utilizes the decomposition reaction of Hydrogen Peroxide (H2O2) and Potassium Pemanganate (KMnO4). The chemical reaction is carried out in a reactor that produces pressurized oxygen gas (O2) and water (H2O). 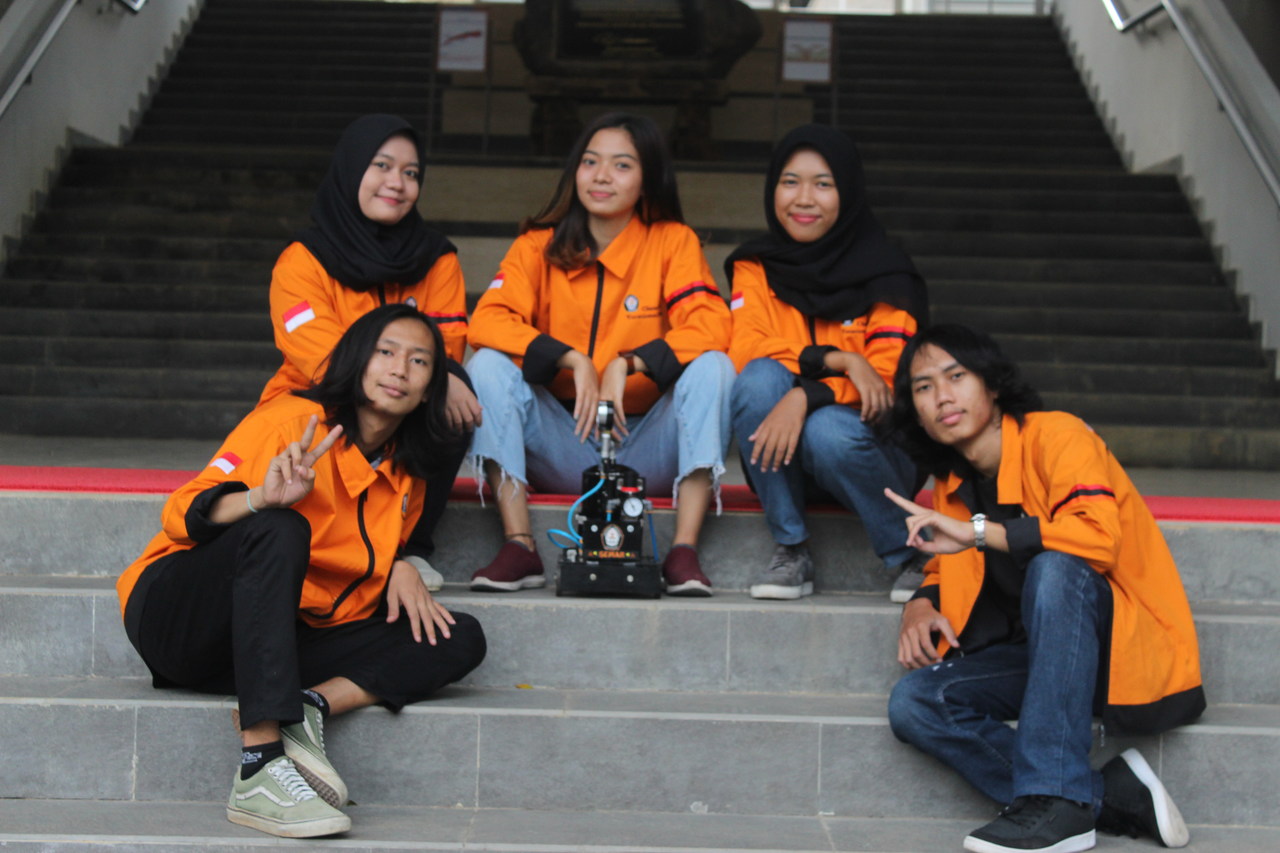 This innovation produces pressurized and environmentally friendly exhaust gas that can drive a prototype,” said Yosy Hartono Wibowo, as SEMAR Team leader. The resulting pressure will move the pneumatic cylinder which is worked as the driving component of this SEMAR car.

Besides being equipped with a driving component, SEMAR car is equipped with a safety component named  safety valve that can release pressurized gas that exceeds the maximum limit in the reactor and turn it to a safe point to avoid system errors.

“So the advantage of this SEMAR car besides producing environmentally friendly emissions is that it uses less fuel but can travel longer distances,” he said.

He stated that the car has an air filter to filter exhaust gas so that the exhaust gas is clean and does not corrode the other components.