Dean of Faculty of Animal and Agricultural Sciences UNDIP: Bioenergy Research Must Be Synchronized With Industrial Needs 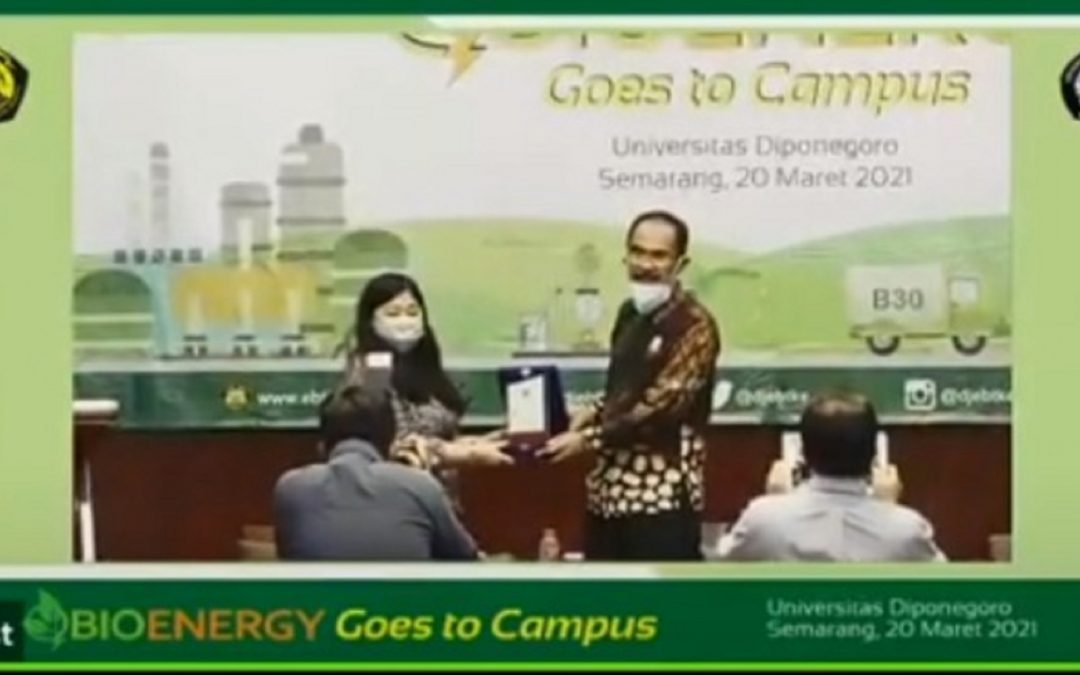 According to him, in the context of Indonesia as a tropical region, one of its great potentials of New and Renewable Energy is bioenergy. “Currently, a lot of biomass is wasted. It is just burned, even though its potential as a source of energy is actually very diverse,” said Prof. Bambang in the recent event of Bioenergy Goes to Campus (BGTC) at Undip Campus.

The aim of development of biomass or bioenergy, besides to reduce the need of using fossil energy, it is believed to help improving the income of farmers. Using biomass as an energy source, farmers’ income is not only from their harvest but from biomass which is now being wasted a lot.

He reminded that dependence on fossil energy must be ended immediately. Researchers and students must strive to innovate and develop technology related to the use of bioenergy. This is important to meet our energy needs and to build our energy security. “We must develop the available resources for society, especially in our beloved country,” he said.

The man who studied his Masters in Japan and Doctoral Program at IPB University said that energy is a problem in the country and around the world. Energy is a strategic commodity assessed from economic, political, social, and national resilience fields. “There are many conflicts in this world, and the cause of almost 70% of the conflicts is about energy and food problems,” he said.

Meanwhile, the Director of Bioenergy at Directorate General of New and Renewable Energy and Energy Conservation, Andriah Feby Misna, S.T., M.T., said that the dissemination of information regarding programs, potentials, as well as strategies and government policies of bioenergy development in supporting national energy resilience and independence continues to be intensified. One of them is the Bioenergy Goes to Campus program, which is expected to build understanding and synergy between the government and academics.

Feby Misna hopes that input from universities will support the optimization of bioenergy utilization in the future. “Oil production continues to decline while the need for fuel continues to increase. Not only oil that we import, but also LPG which is highly demanded and this is quite disturbing from our trade balance,” said the woman who graduated from Double Degree Program (ITB and University of Groningen, The Netherlands).

Data from Energy and Mineral Resources Directorate at Ministry of Energy and Mineral Resources shows that the increase in national energy consumption in the last 10 years from 2009 to 2019 has jumped very rapidly. In 2009 the national consumption reached more than 700 million barrels of oil equivalent, and in 2019 it has reached one billion barrels of oil equivalent.