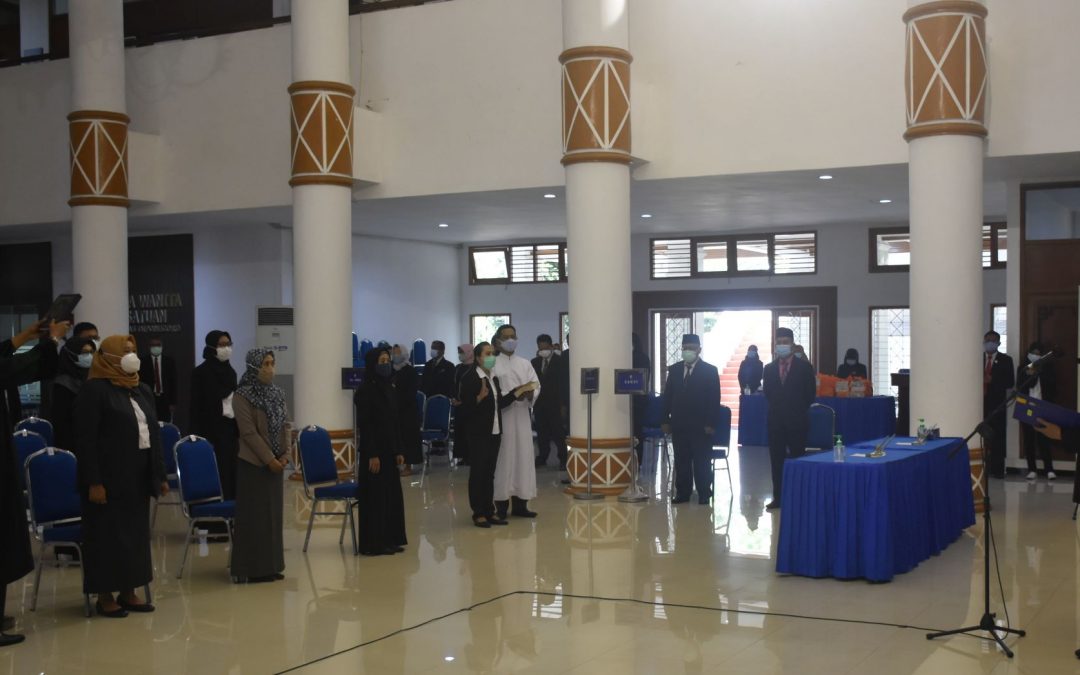 During the inauguration ceremony, Rector emphasized that the oath of office that was pronounced had consequences of accountability both in the world and in the hereafter. Thus the newly appointed officials must maintain and uphold the commitment to their oath of office because being a leader is not a goal, but a mandate to dedicate oneself to the advancement of the institution.

Rector advised that the inaugurated leaders must be able to be an example for the staffs under their provisions. “Undip becomes great not only because of its teaching staff, but it is also fully encouraged by all educational staff who work with high professionalism,” said the Rector.

“In making policies, new officials must follow the procedures in accordance with existing laws and regulations so that they do not cause difficulties for themselves,” said the Rector.