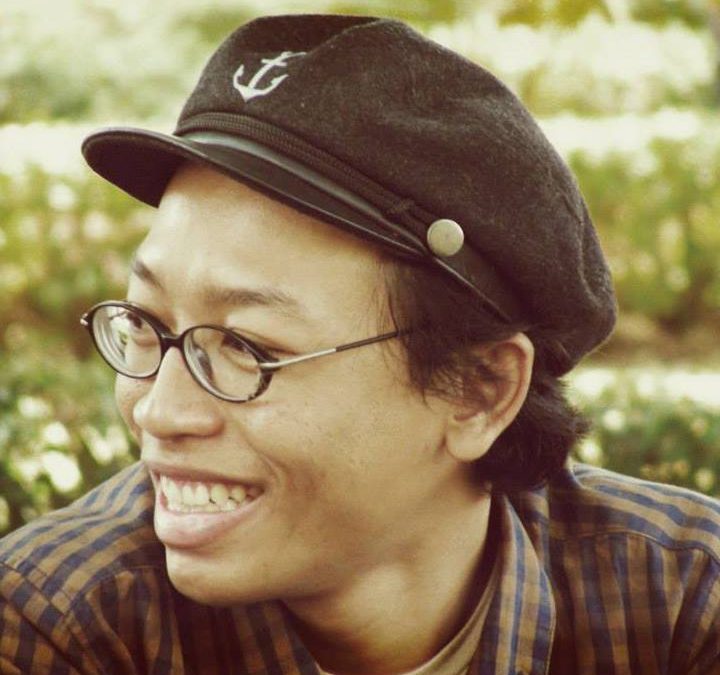 Wayang (shadow puppet) is one of the performing arts that contains various educational messages, seen from the characters, performances, and the plays presented, puppetry becomes a way of life, exemplary, and expectations of the community. In the hands of an Indonesian Literature lecturer, wayang has become a unique and interesting medium with a different packaging. Khothibul Umam, S.S., M.Hum, Lecturer at Faculty of Humanities and one of artists in Central Java known with his creativity in making Wayang Tenda with his colleagues.
This cyber literature teacher said that wayang is one of the easiest mediums or instruments to be executed, but actually its power is in its narrative and visuals. “This is not a new concept, the concept we present is inspired from the existing concept of wayang kulit (leather shadow puppet) in the shadow puppet concept that we have to watch the reflection or shadow behind the puppeteer. Nowadays we watch the shadow puppet show from behind the puppeteer so that the shadow is not visible, the effect is not visible. Meanwhile, we use visual effects, namely shadows,” he explained in an interview on Wednesday (31/3).
“I don’t have a traditional art background, the basis of my art is stage art, namely modern theater, so we don’t use traditional puppets that tell stories of Mahabharata or Ramayana. We realized that we could not use it, finally we used wayang in a contemporary way, so we made wayang characters ourselves, there are stories of fables, cartoon characters, monsters, superheroes and incidentally at the beginning of the performance, the audience who liked the show are children. Finally, we strengthen it in the visual area with characters that are close to the children, we make our own stories according to the children’s lives. The puppet tents play puppets inside the tent. The tent is a tool that is easy to carry anywhere and does not really need a special stage,” he continued.
Talking about literature which is essentially a reflection of environment and culture which are historical dialectic between the author and civilization, literature is full of universal human values, refines the soul and provides motivation for human to think and act for their own development and encourage the emergence of concern, openness, and community participation in development. He said that literature is a cultural product produced by human which will certainly always exist and accompany human life at any time, the changes is in its medium. “Before the discovery of letters, people used oral literature with chanting or word of mouth. After being discovered, it became written literature, now that we have entered the age of information technology, the medium has changed to the internet or cyber, but that does not mean leaving the old mediums,” he said.
“During this pandemic, always maintain your health and sanity, these two things are very important, physically healthy and mentally sane and don’t forget to have fun,” he concluded. (Linda-Public Relations)
Translated by: Titis (Public Relations)
Share this :