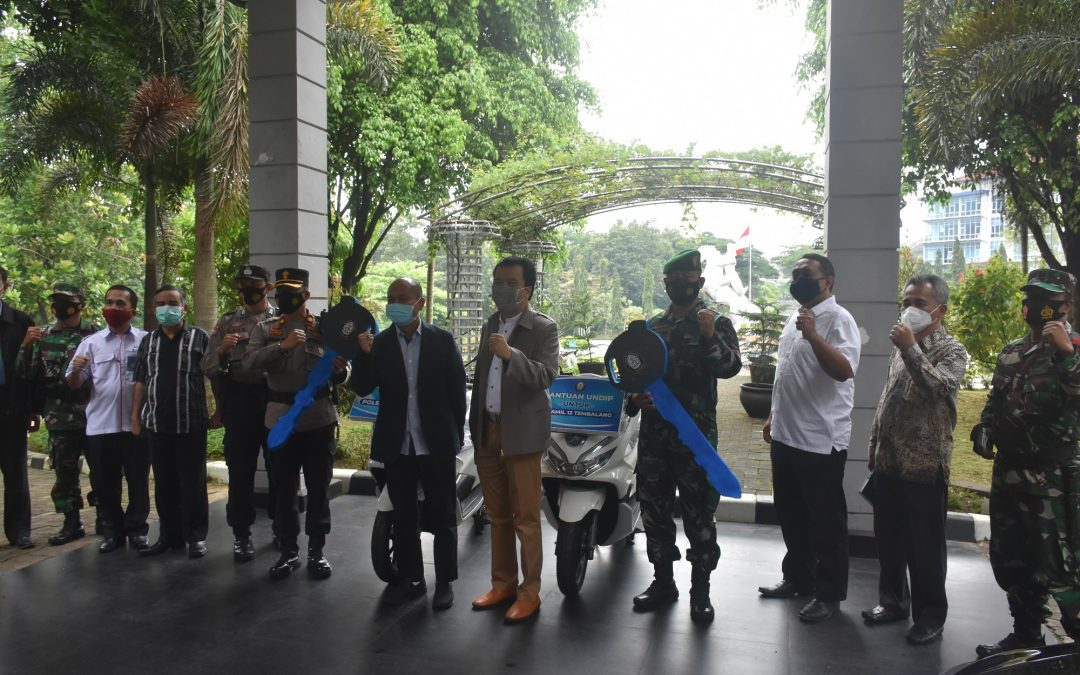 Assistance for official vehicles is Undip’s full support for security and maintaining regulations around Tembalang sub-district as well as a form of concern for others.

Undip Rector, Prof. Yos Johan Utama in his speech said that this is a form of Undip’s gratitude to help each other and to bring benefit to colleagues at Tembalang Police Station and Tembalang Military Headquarters. “In the future, more of official vehicles will be prepared for the operations of the Reserse Mobile Unit and Tembalang sub-district,” said the Rector.

The Rector hopes that this vehicle can be useful as operational vehicle to improve performance in protecting our beloved Undip from potential deviation.

In his remarks, Tembalang Police Station Chief, Police Commissioner Arsadi, said his gratitude to Undip for the dedication and to the all parties involved in providing this assistance. “The official operational vehicles will be used by Village Guidance Officer Unit at the Tembalang Police Station to patrol on areas under its control in Tembalang, especially the Undip campus,” said Police Commissioner Arsadi.

In line with the Police Chief, Tembalang Military Headquarters Commander, Captain Inf. Bahrudin also expressed his gratitude to Undip. “Hopefully this vehicle can be useful and encourage the members of Village Guidance Officer Unit Tembalang, and can help maintaining regulations in Tembalang area,” concluded the Commander.