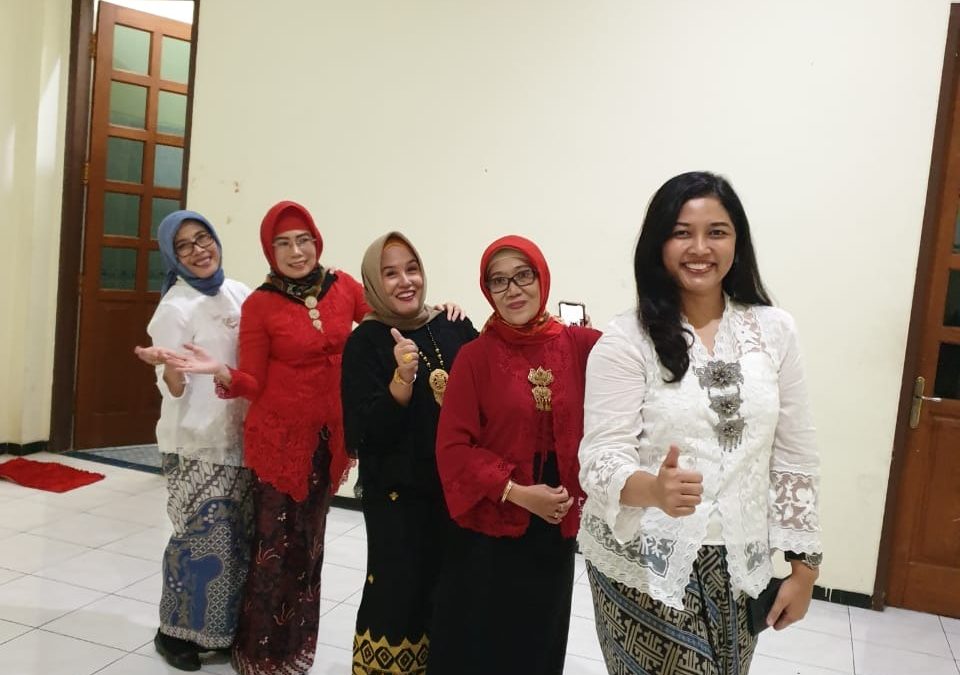 SEMARANG – The representation of women in leadership positions in Diponegoro University (UNDIP) has exceeded the expected portion. Currently, of the 13 Deans at Undip, there are 5 Srikandi in that position, exceeding the 30 percent criteria. In several official events, Undip Rector, Prof. Dr. Yos Johan Utama, S.H., M.Hum., emphasized this.

Undip Rector ensured that when it is viewed from the number of leadership elements such as deputy deans, heads of departments and heads of study programs, the portion of women in leadership in Undip environment exceeded the required provisions. “Things should be noted, the role of women in leadership at Undip is not only to fulfills proportions in the context of gender, but also because of their professionalism and capacity,” he said.

In April, which is a momentum to commemorate the emancipation pioneered by Raden Ajeng Kartini, it is very relevant to see the role of women in our environment as a reflection. As an illustration, it is interesting to observe the progress of Undip heroines who were entrusted with being the first people in existing faculties.

The first one is Dean of Faculty of Law, Prof. Dr. Retno Saraswati, S.H., M.Hum. Before serving as the first person on the faculty, Retno held the position of Chair of Master of Laws Program (2013-2015), and Assistant Dean I of Faculty of Law (2015-2018). Inaugurated as Dean of Faculty of Law on Tuesday (8/5/2018) replacing the position left by Prof. Dr. Benny Riyanto, S.H., M.Hum., C.N., who as of April 4th 2018 received a new assignment as Head of Research and Development Agency of the Ministry of Law and Human Rights.

Prof. Retno, who previously served as Deputy Dean for Academic and Student Affairs, immediately served to lead the oldest faculty at Undip until January 15th 2019. At the end of her term of office, Tuesday (15/1/2019) along with 7 other appointed deans by Undip Rector, Prof. Dr. Yos Johan Utama, S.H., M.Hum., as Dean of Faculty of Law for period of 2019-2024.

Seeing the development of digital technology that has disrupted almost all existing sectors and fields, Retno, who has held the title of Professor since April 23rd 2016, also supported the development of e-court and e-litigation carried out by Supreme Court. The world of law, including the government bureaucracy, cannot avoid being exposed to digital. “Legal education managers must anticipate the impact of information technology developments in legal education,” she said.

Second, Prof. Ir. Tri Winarni Agustini, M.Sc., Ph.D, who was inaugurated as Dean of Undip Faculty of Fisheries and Marine Sciences for period of 2019-2024 replacing Prof. Dr. Ir. Agus Sabdono, M.Sc, on Monday (05/08/2019) at SA-MWA Undip Building Tembalang. Tri Winarni is the second woman to become a professor and the first woman to become a dean in Faculty of Fisheries and Marine Sciences.

She started her teaching career at her alma mater after earning a Bachelor Degree of Fisheries in 1989. Then in 1993 she earned a Master of Food Science and Technology from Humberside University, UK, while her Doctorate in Food Engineering was obtained from Tokyo University of Fisheries Japan in 2001. The position she held before becoming dean was Secretary of Water Resources Utilization Study Program for period of 2001-2003. When the study program reorganized, Tri Winarni received the mandate as Secretary of Fishery Product Technology Study Program which she carried from 2003 to 2007. Then for 3 years (2016-2019) she served as Secretary of Research Institutions and Community Service Undip.

In her current leadership, Faculty of Fisheries and Marine Sciences has made various improvements so that the 10 study programs in the faculty (2 Doctoral Programs, 2 Masters Study Programs and 6 Undergraduate Programs) continue to shine and be able to contribute significantly in supporting Undip to be world class university. The resources of 20 professors and 51 doctors who have expertise and reputation are being important assets.

Her academic achievements are not necessary to be doubted. She was the best graduate of Undip in 1993 when she graduated as a Bachelor of Mathematics. It is not surprising that she was offered to teach at her alma mater. In the midst of her activity of teaching, this figure who is diligent in writing reputable scientific journals also succeeded in completing her advanced education at Master of Mathematics Program at ITB in 2000,and five years later Prof. Wido earned a Doctorate in Mathematics from Ganesha campus of ITB Bandung.

Leading a faculty that manages study programs namely mathematics, physics, chemistry, biology, statistics and informatics is certainly not an easy thing. However, the determination to realize the vision of Faculty of Science and Mathematics Undip as excellent research-based faculty with international reputation in the fields of science and mathematics and its application development continues to be encouraged.

Fourth figure is Dean of Faculty of Humanities, Dr. Nurhayati, M.Hum. Inaugurated to be the first person in one of oldest faculties in Undip in January 2019 for period of 2019-2024, this linguistic expert is moving fast. Her experience of being Secretary of Linguistics Masters Study Program at Faculty of Humanities Undip twice, and her experience as an assessor, is the provision to bring this faculty to become the favorite choice of prospective students.

Nurhayati completed her undergraduate education at Department of English Literature of Faculty of Humanities Undip in 1989, continued with study of Master of Literature at University of Indonesia (graduated in 1999) and Doctor of Linguistics Program graduated in 2008. Her activity in writing journals, and her diligence as a Peer Review Team for scientific works make her easier in building the necessary network for development.

Several study programs at Faculty of Humanities Undip are currently in the process of gaining international recognition, including Indonesian Literature Study Program, which is also in demand as a place to study by foreign students. What is certain is that efforts to become a leading research faculty in Southeast Asia by 2025 in the field of culture which includes literature, language, history, anthropology, libraries, philosophy, and archives are made top priorities.

Ratna Sawitri is the first batch student of Undip Department of Psychology where it was initially still combined with Faculty of Medicine. After graduating in 2000, then she took psychology professional program at Soegijapranata Unika. Her master degree was obtained from Faculty of Psychology, University of Indonesia in 2008, while Doctor of Philosophy from Griffith University Australia in 2013. The decree of her inauguration as a professor of psychology was obtained on January 1st 2021.

Responding to the high interest in entering Faculty of Psychology Undip, as Dean she interpreted it as a responsibility that must be answered with real action by producing graduates who are reliable and able to play a maximum role in society. Another task that must be fulfilled is to become a center for the development of Indonesian family-based psychology that is adaptive to the changing times in Southeast Asia in 2025, and to support Undip to become an excellent research university. (PR team)