Undip Rector: Be grateful and Continue to Develop Yourself 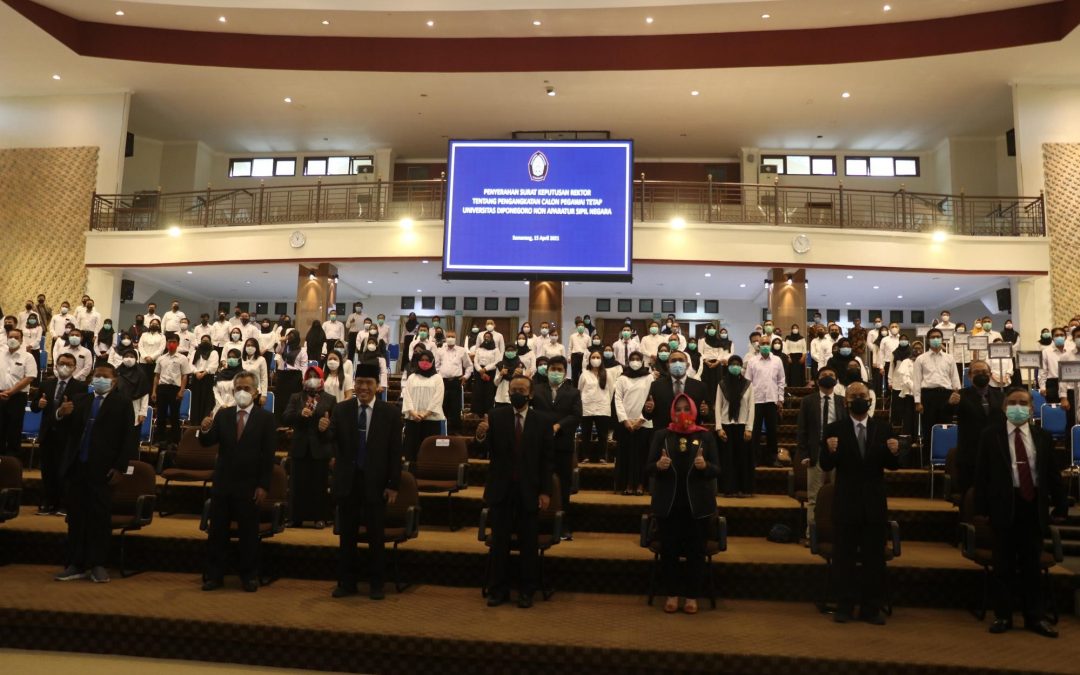 Computer-Based Exam (Ujian Tulis Berbasis Komputer / UTBK) is a requirement to take part in Joint Entrance Selection of State Universities (Seleksi Bersama Masuk Perguruan Tinggi Negeri / SBMPTN). Since morning, the participants have arrived in test location, as well as participants of Computer-Based Exam – Joint Entrance Selection of State Universities at Faculty of Engineering Undip. They are enthusiastic about the exam process despite the heavy rain.

According to Novie Susanto, as the examination supervisor at Computer-Based Exam location at 2nd Floor of Computer Engineering Department, Faculty of Engineering, the exam room is filled with 10 participants. “In the second session on this afternoon, there is one who has not arrived, but there is a tolerance time of 30 minutes. We will wait and if they exceed the tolerance time and has not arrived, then they are considered absent,” he said.

Meanwhile, there are also parents near the campus area, especially mothers who wait for their children or relatives in doing Computer-Based Exam. They are waiting outside the gate area of  Diponegoro University campus. During Computer-Based Exam, parents are not allowed to wait in the area inside Undip campus.

Rissa Umami Noor from Jepara is waiting for her sister, Fatima Maulida Yumna, a Computer-Based Exam participant (a graduate of MA NU Ma’arif Kudus). Rissa is also anxious in waiting for her sister who was taking the exam. “Fatima chose major of Nutrition at Undip, even though at first she wanted to choose Industry. She thought again about which choice she really wanted, eventually her parents also directed her to Nutrition department,” she said.

“My sister has been looking for information about Undip, and Undip is already well known in Central Java so she really hopes to pass this test. If accepted at Undip, we also hope that she will be more independent and continue to study for her future,” she hoped.

Likewise with Damayanti who is also waiting for her child, even though she is from Semarang, she said that by waiting for her child during the exam makes her heart calm. She also wanted to ensure the exam process is smooth besides to cheer her child in taking the exam. “Expectations of parents, hopefully the children who participate in Computer-Based Exam will pass it according to their choices,” she said. (Linda-Public Relations)