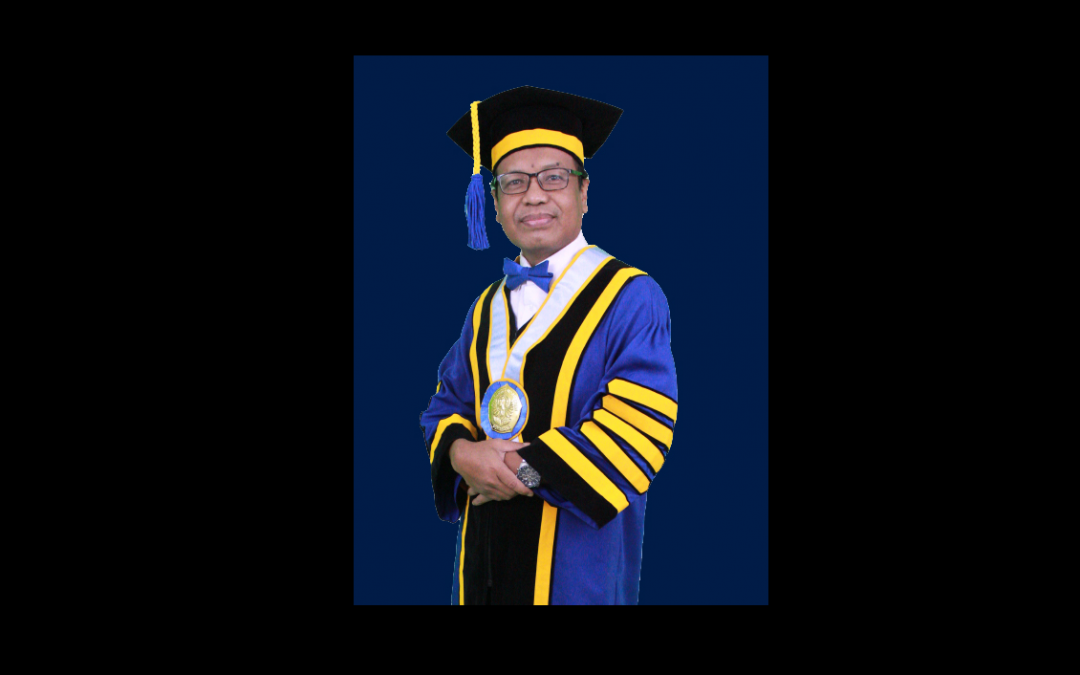 SEMARANG – The Jakarta City will soon have sophisticated equipment to help manage traffic based on more accurate data by using Intelligence Transportation System (ITS) which was developed in a Triple Helix way between universities, local governments and industry. The three elements of Triple Helix in equipment development are Diponegoro University (UNDIP), DKI Jakarta Provincial Government, and PT. Sarana Jalan Indonesia.

The team from Undip is lead by Prof. Dr. Suryono, S.Si., M.Si, from Department of Physics, Faculty of Science and Mathematics, who on Wednesday (2/6/2021) is inaugurated as Professor of Instrumentation Physics in the Open Session of Academic Senate, located in Prof. Soedarto, S.H. Building. “ITS equipment is designed to monitor traffic density optimally. The camera sensor that we use is combined with Google IPA so that the data obtained is more complete. The prototype is ready,” said the lecturer who was born in Sukoharjo, on June 30th 1973.

According to Suryono, who completed his undergraduate studies at Undip, master degree at Bandung Institute of Technology, and doctoral studies at Gadjah Mada University, the purpose of making ITS equipment is calculating the road load so that it does not exceed its capacity index. In principle, the ability of the system is to convert physical to electronic and then processed as data via internet.

When delivering a scientific speech entitled “The Role of Instrumentation Physics in the Industrial Revolution Era 4.0: Perspective of Integration of Sensor Technology, Internet of Things (IoT), and Artificial Intelligence (AI) in Instrumentation Systems,” the professor whose the husband of Dr. Isnaini Rosyida, S.Si., M.Si, a lecturer in Department of Mathematics of Semarang State University, quoted Bernard Marr as saying that there are 25 technologies that are driving the industrial revolution era 4.0. Of the 25 technologies, if you draw a “common thread” there are at least 6 technologies that have a very close correlation with physics field including Internet of Things (IoT), Artificial Intelligence (AI), big data, cloud and edge computing, computer vision and face recognition, robotics and automation process, nanotechnology, and materials science.

Suryono, who is currently the Head of Doctoral Program for Information Systems Studies at Undip Postgraduate School, said that to be able to compete in the global world, we need to focus on digitalization, automation, and information & communication technology (ICT). “Technology integration towards the use of cyber world is absolutely necessary to compete in the global world,” said Suryono.

“Some of the research I have done is the design and implementation of sensor systems for electronic-based measurement, control in the oil and gas industry, manufacturing industry and the environment. In addition, the development of a wireless network-based instrumentation system is the basis for strengthening IoT technology,” said the lecturer who teaches 8 courses, including Instrumentation, Sensor Technology, Wireless Sensor Networks, and Microcontroller Programming.

Regarding the ITS prototype that was designed with his team, it was mentioned that its establishment had reached the Technology Applied Readiness Level 9. This means that the Triple Helix prototype, which is a collaboration between UNDIP, PT. Sarana Jalan and the DKI Jakarta Provincial Government, has been tested in the field, and the distribution permit is being processed. “We have developed an Integrated Transportation System which consists of devices using sensors on field and then processed to assist various decision making on traffic in Jakarta, which is known to be very congested,” he stated.

In the future, Suryono is committed to continue in developing research that benefits the community, including being able to improve the community’s economy. Thus the research will be more functional. “It could be simple innovation but I am called to continue research in this field. If previously I had to focus on high-level research, then with the professorship title that I have achieved, I will do more innovations that provide benefits,” said the lecturer who already has 11 patents.

Some prospective and interesting things to do are the development of Tele-medicine in Indonesia. The need of innovation is enormous, especially in the midst of the Covid-19 pandemic. Sensors that can monitor the patient’s condition will be very useful in reducing the spread of virus to health workers.

To be sure, holding the title of Professor makes him very proud. “I am an ordinary farmer’s son. In my opinion, by being educated and having this degree, I have also succeeded in increasing the dignity of my family, not only me, my mother, my children must also feel the difference, hopefully I can be an example for many people,” he concluded. (PR team)