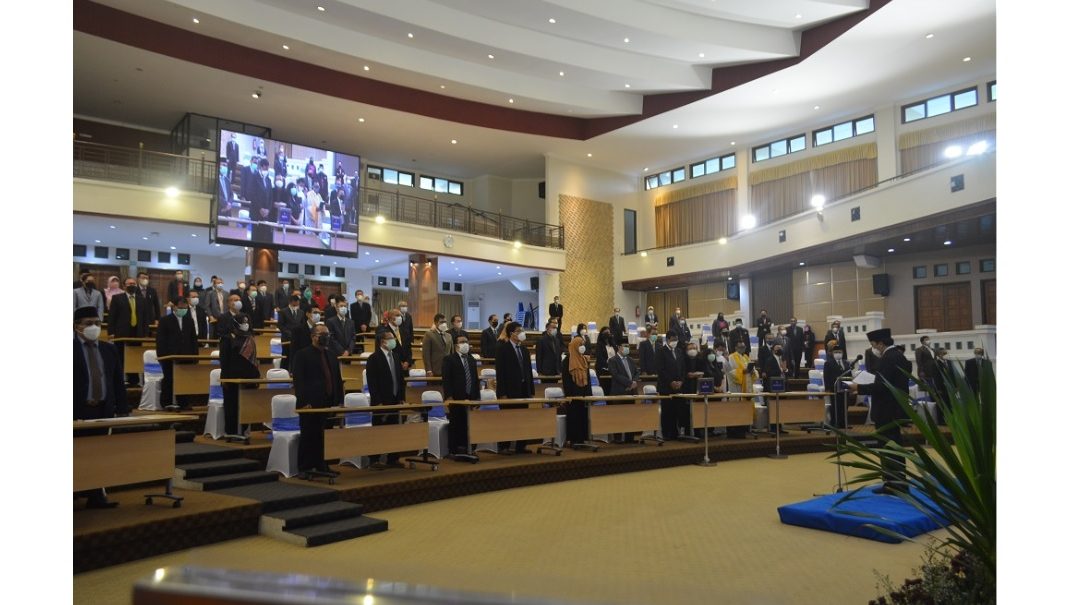 The inauguration ceremony is attended by Undip Rector, Prof. Dr. Yos Johan Utama, S.H., M.Hum., Vice Rectors and Dean of Faculties and School, started by singing the national anthem Indonesia Raya together. The event is continued with the reading of the Decree of Rector of Diponegoro University Number 2955/UN7.P/KP/2021 to Number 2968/UN7.P/KP/2021 and the Decree of the Minister of Education and Culture Number 23650/A3/KP.05.00/2021.

The recently appointed Undip officials will occupy several positions in the first functional positions, such as Head of Department, Chair and Secretary of Study Programs. In addition, there is an appointment through adjustment/inpassing path of the functional position of Implementing Archives and inauguration of Undip Non State Civil Apparatus Permanent Employees from Faculty of Animal and Agricultural Sciences as lecturer.

Undip Rector, in his speech said that all participants should always be grateful for the blessings of God Almighty. Even though we are in the midst of pandemic situation, Diponegoro University is able to improve the welfare of its employees through the Inauguration of Officials and Non State Civil Apparatus Employees.

The Rector also reminded that after the inauguration, employee performance must continue to be improved. “There were many cases in the past when the contract employees are diligent, but after being appointed as permanent employees, they act as they want in the office. If it happens, the given position will be forced to be taken away because the position actually contains a mandate and responsibility,” said the Rector. (Dhany-PR)