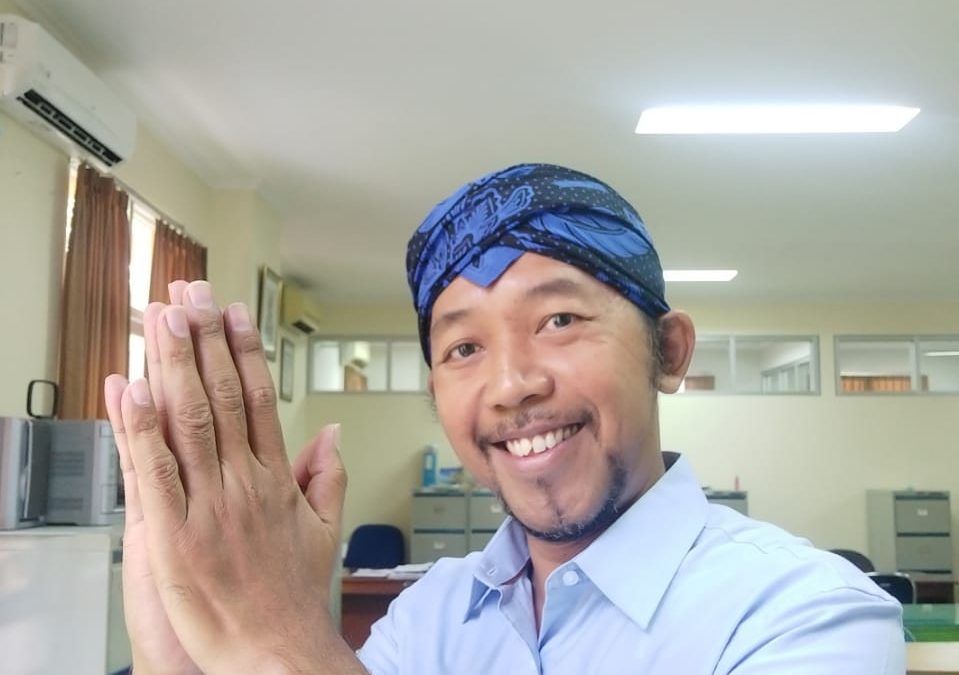 In today’s modern era, mastering English has become a necessity and almost all types of work also include English language skills as one of the requirements. However the fact is there are many people who feel insecure about speaking English actively. When being asked to communicate in English, some people often answer nervously and do not even understand what is being asked. Learning English for most students in Indonesia is still quite difficult, so it makes them bored and lazy.

“For some people learning English is considered quite difficult, although many are also quick to learn and able to master it well. The most important thing in learning a foreign language is willpower. Without a will, learning a foreign language in the end only becomes a burden so that it does not have any positive impact on the learning process,” said Arido Laksono, S.S., M.Hum., Lecturer of English Department, Faculty of Humanities, Diponegoro University.

According to Arido, approach steps that are in accordance with the character of students should be prioritized, such as knowing the level of students’ English skills, because in one class, of course, their level of ability is very diverse. After knowing it, then use learning media that are usually attracting interest to students, namely movie screenings. Documentary movies are often used in order to increase enthusiasm and willingness of students to process better. A personal approach with “jokes” and direct questions to each student is very effective in overcoming the problem of students’ lack of interest in learning.

“And it turns out, with the online system during this pandemic, when interacting with chat on MsTeams, students’ responses are higher than using voice meeting on MsTeams. Possibly due to internet connection problems, so they are more active in chatting, so I also have to adjust to the habit of students. I most often show movies about cultural differences, so that students are motivated to explore on their own. In principle, make people like foreign languages but do not force them. This is the art of teaching foreign languages, especially English,” he continued.

“Studying literature, what it is and its origij, gives inspiration about what we can do in taking a step. Literary works reflect various problems and values that exist in society, both in the past, present and even projections into the future. In English Department of Faculty of Humanities UNDIP, we do not only learn English skills, but also culture and linguistics. Opening students’ horizons and minds to be able to compete at the global level is a must. English Department of Faculty of Humanities UNDIP prepares students with the ability for public speaking, academic writing, translation/interpretation wrapped with cultural and literary knowledge. Knowledge of culture and literature will fill the souls of these agents of change so that they will be more mature in thinking and wise in acting, and creative in determining steps,” he explained.

As a lecturer in American English Cultural Studies course, he said that this course opens students’ horizons to understand the culture of other nations. Students certainly have a dream to continue their studies or work in fields that will later come into contact with people from different cultural backgrounds. The course will provide insight into English and American culture as well as social values and norms that surround it. By studying American English culture, students are expected to be able to understand and behave towards the differences in existing values, so that students are able to become part of the global community without leaving their identity as!Indonesian.

“Foreign languages, especially English, have now become a primary requirements to compete in global era. English Department students’ speaking, listening and writing skills should be better than other students so that it makes a plus point. Thus, what must be improved is the understanding of culture and personality,” he said.

“I always use the language style which is often interpreted as sarcastic style, in classes both before the pandemic era and during a pandemic like this. I try to grow their confidence so they don’t feel inferior and are able to show their personal skills. By provoking jokes and social problems in the middle of the lecture materials, this is able to provoke them to react. I always encourage students to come forward to see this wide and varied world. Everyone is a unique person, so this uniqueness is the basic strength for each individual to develop. English Language and Literature is like spices that strengthen the unique taste of these great personalities,” said the lecturer who is currently completing his doctoral program at Undip.

“UNDIP is great, the progress of UNDIP at this time is extraordinary. The synergy of each element must always be improved. One thing that doesn’t exist yet is the university canteen. I think everyone who has studied abroad knows that university canteens are absolutely needed. A comfortable, clean and shady canteen will definitely support the establishment of productive conversations, and of course, don’t forget the coffee shop. World Class University needs a representative canteen so that if there are visiting lecturers or professors, we won’t be confused about where to eat or where to have coffee. Hopefully soon there will be a cool canteen at our beloved UNDIP,” he concluded. (Linda – Public Relations)