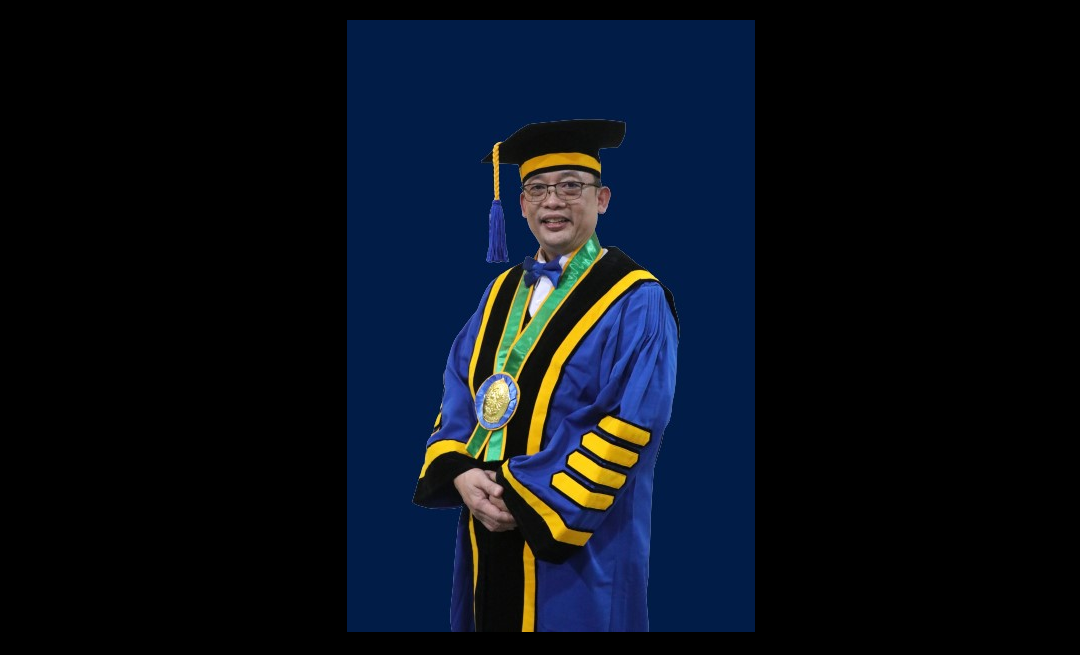 SEMARANG – Examination using Magnetic Ressonance Imaging (MRI) needs to be done as an early detection effort for Micro Bleeding in the Brain. Examination with MRI is important to prevent the occurrence of micro bleeding which has an impact on cognitive function, especially the ability to make decisions and the risk of stroke.

This is conveyed by Prof. Dr. dr. Dwi Pudjonarko, M.Kes, Sp.S(K) in his scientific speech “Be Cautious on Micro Bleeding in the Brain to Maintain the Quality of People’s Lives” which he delivered in Open Session of Academic Senate at his inauguration as Professor of Neuroscience, Faculty of Medicine Diponegoro University (UNDIP), on Thursday (10/6/2021). Dwi Pudjonarko, who currently serves as Dean of Faculty of Medicine Undip, emphasized that examinations using MRI or skinning need to be carried out routinely for those who are still actively working, especially for policy makers at various levels, so that the risk of stroke and other problems can be identified early.

According to the doctor who started his career as Head of Public Medical Center at Balai Riam, West Kotawaringin Regency, Central Kalimantan, Micro Bleeding in the Brain is bleeding that occurs in brain tissue. This condition is caused by the rupture of an artery in the brain causing local bleeding in the surrounding tissue and the death of brain cells.

Therefore, he suggested that everyone should take care of their brain health by taking care of food and drink, taking measured activities, maintaining proper rest patterns, and avoiding smoking so that their ability to make decisions for themselves is well maintained. As for those who are included in the group of policy makers and decision makers, it is recommended to periodically do an MRI to avoid Micro Bleeding in the Brain. It is also important to complete the examination by conducting a Noble’s Test if the bleeding is detected. “So far, MRI tests and Noble’s Test have only been carried out in the selection process for public officials,” said President Director of Diponegoro National Hospital in 2019.

Noble’s Test is a procedure for assessing the neuropsychological status and cognitive abilities of an individual. This test or examination is carried out by a neurologist. The assessment of Noble’s Test includes several aspects, including cognitive functions (perception, attention, consideration); memory function (immediate memory, recent memory, remote memory); language functions (fluency, grammar and syntax); visuospatial function (people who easily get lost are affected by this type of disorder); and executive functions that include problem-solving, self-control, and decision-making abilities.

The father of two children who was born in Mataram on July 20th 1966, said that apart from the potential to cause stroke, Micro Bleeding in the Brain which is related to hypertension, can also cause cognitive decline and dementia. “There are sufferers of Micro Bleeding in the Brain who can still carry out daily activities without typical clinical signs and symptoms, when in fact there has been a decline in cognitive function and are at risk for stroke and dementia. Therefore, early detection using MRI is important,” explained the lecturer who is familiarly called Prof. Onang.

It should be understood that the risk of Micro Bleeding in the Brain increases with age, and is driven by various risk factors such as hypertension, hypercholesterolemia, diabetes mellitus and smoking. “With the increase in life expectancy in Indonesia, which continues to increase, where in the 1980s the life expectancy did not reach 60 years, now it has reached 71 years, the number of elderly people is increasing and this has implications for the potential for higher Micro Bleeding in the Brain. The increasing life expectancy has an impact on the increasing number of elderly people who are vulnerable to decreased quality of life due to various diseases,” said Dwi Pudjonarko, who completed all of his medical education from undergraduate, masters, specialist and doctorate programs at Diponegoro University.

Admittedly, although useful for early detection of Micro Bleeding in the Brain, the use of MRI is still very limited. In Indonesia, the number of health care facilities that have MRI devices is still limited only in big cities. Thus the preventive and promotive efforts for a healthy lifestyle are less than optimal.

Currently, a healthy lifestyle that can be done by the community is doing physical activity, paying attention to diet by increasing intake of vegetables and fruit, and carrying out regular health checks for people over 15 years old. These efforts can reduce the risk of disease, although in the context of stroke risk early detection with MRI is better.

To be sure, changes in human behavior have also led to changes in disease patterns. If in the 1990s the causes of illness and death were infectious diseases such as ARI (Acute Respiratory Infection), TB (Tuberculosis) and diarrhea; then since 2010 it has turned into non-communicable diseases such as hypertension, stroke, heart disease, cancer and diabetes mellitus.

The condition of Micro Bleeding in the Brain that needs medical attention will greatly affect the treatment of co-morbidities. Considerations are according to evidence based medicine (EBM), which is a systematic process to evaluate, find, analyze, and utilize study results as a basis for clinical decision making. Especially in the use of antiplatelet, anticoagulant and antithrombotic drugs.

In cases after a stroke, it is necessary to carry out routine treatment of the disease itself and various accompanying risk factors. The impact of disability caused by stroke requires efforts other than routine treatment. The importance of nursing aspects and psychological approaches for both sufferers and families will help sufferers to adapt to disabilities and changing conditions experienced by stroke.

For his achievements as a professor, the father of two children married to Dra. Retno Nur Kadarwati BL, gives a message to fellow lecturers and students, that God Almighty has given each of us with certain talents; and each of us with positions, duties, jobs, specializations and responsibilities. Next is how we respond and carry out these responsibilities as well as possible. “You don’t have to be great to start, but start to be great,” said the grandfather of one grandson, quoting Zig Ziglar’s wise words. (PR team)