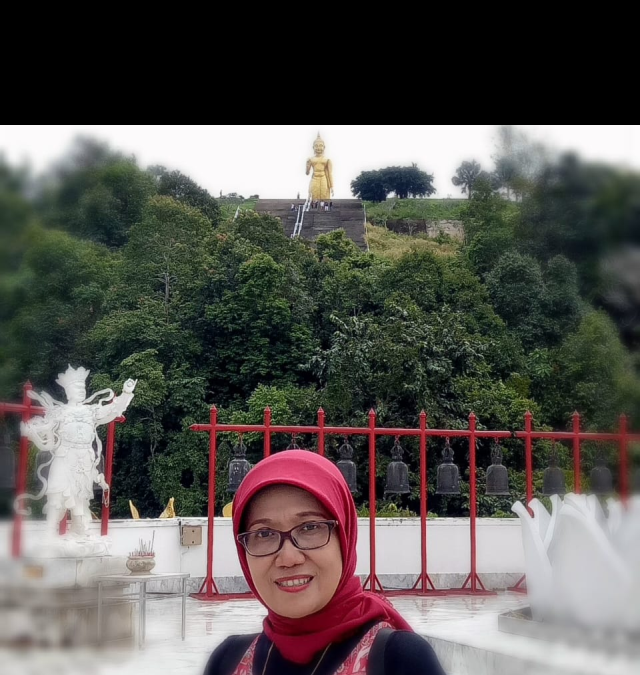 SEMARANG – The momentum of inauguration of Prof. Ir. Tri Winarni Agustini M.Sc, Ph.D as Dean of Faculty of Fisheries and Marine Science Diponegoro University (UNDIP) for 2019-2024 period seems to dismantle the impression that the world of fisheries and marine is a man’s world. At least the masculine impression in the fisheries and marine higher education environment disappeared when Undip Rector, Prof. Dr. Yos Johan Utama, took the oath of Prof. Winarni as the first person in Faculty of Fisheries and Marine Science.

The handover of leadership from Prof. Dr. Ir Agus Sabdono M.Sc to Prof. Tri Winarni Agustini at SA-MWA Building of Undip Tembalang, on Monday (05/08/2019) is also recorded as the first female to serve as Dean of Faculty of Fisheries and Marine Science Undip. “If I were the first woman to become Dean since Faculty of Fisheries and Marine Science Undip was born, that’s true. But the presence of women in the fisheries and marine world, especially in the scientific context, I think there are many of them,” said the expert on fish processing technology born in Kebumen, August 21st 1965.

After graduating from Kebumen 1 High School, in 1984 Winarni entered Department of Fisheries at Faculty of Animal Husbandry and Fisheries Undip. After earning her engineering degree in 1989, young Winarni chose to serve at her alma mater as a lecturer. This choice gave her the opportunity to study at a higher level.

In 1991, she had the opportunity to study at the University of Humberside, England and completed Master of Food Science and Technology program in 1993. The undergraduate level was carried out at Tokyo University of Fisheries-TUF (now Tokyo University of Marine Science and Technology-TUMSAT), Japan and won a Ph.D (Doctor of Philosophy) in 2001. “Further studies abroad are indeed interesting. But we also have to be aware of there are many challenges that must be faced,” she said, reminding the need to get used to see something from several sides.

She achieved the highest academic position as a professor in December 2017 and on Wednesday (14/3/2018), Tri Winarni was inaugurated as a Professor at Faculty of Fisheries and Marine Science Undip. The scientific speech with the theme of “Future Food Products Based on Fish Resources” which she presented in Open Session of Academic Senate at Prof. Soedarto SH Building, Undip Tembalang Campus, became a sign of the validity of her professorship title in front of her name.

Apparently, the achievement of a woman who is scientific journals author and journal reviewer not only about academic career. Her structural career at Undip is also progressing well. Before being inaugurated as Dean of Faculty of Fisheries and Marine Science Undip, the owner of National Lecturer Identification Number 0021086501 was trusted to be Secretary of the Fisheries Resource Utilization Study Program, now Capture Fisheries Study Program) in 2001-2003; then became Secretary of Fisheries Product Technology Study Program in 2003-2007; expert staff of Research Institute in 2007-2010; Secretary of Institute for Research and Community Service Undip in 2016-2019.

Now, as the first person in Faculty of Fisheries and Marine Science Undip who manages 10 study programs and has the resources of 19 professors and 55 lecturers with doctoral degrees, Prof. Winarni who is also active in the field of Halal Food (Vice Chair of Undip Halal Study Center) strives to improve the quality of education and accreditation, and promote the existing study programs to be better known and become closer to the community. Tri Winarni, who lived her childhood to adolescence in the southern coastal area of Java, invites young people to be involved in managing the enormous potential of Indonesia’s seas and water for mutual prosperity.

“Who should manage the potential of our seas and water if not the young generation of the nation? How can we let foreigners enjoy our marine wealth? Our sea is very rich, wide and sufficient to be able to prosper the citizens of our nation,” she said excitedly.

In the context of strengthening the insight of its students, Faculty of Fisheries and Marine Science also routinely holds public lectures inviting highly competent speakers. The resource persons can be several experts from government institutions, practitioners as well as diaspora such as Head of the Navy’s Hydrographic and Oceanographic Center, Rear Admiral of Indonesian National Armed Forces, Dr. Ir. Harjo Susmoro, S.Sos., S.H., M.H., Prof. Irwandi Jaswir, to provide understanding and additional insight and introduction of real world in industry. The students are introduced to industry world related to the development of science in the field of fisheries and marine.

“Cooperation with all institutions, both government and private, is a real step to bring the academic world closer to reality. Especially in the era of information technology that is rapidly growing, synergy and collaboration are necessary,” she said while pointing out some of the impacts of disruption to the digital world.

When being asked about her role as Dean of Faculty of Fisheries and Marine Science, improving academic quality in terms of teaching, research and community service is the non-negotiable priority. Quality is not only curriculum and supporting facilities such as up-to-date laboratories; but also accreditation as a legitimate form of recognition must be achieved. “We strive so that all study programs at Faculty of Fisheries and Marine Science have superior accreditation from national and international institutions. We are currently pioneering ASIIN’s international accreditation for Marine Science, Oceanography and Aquaculture Study Programs. Hopefully the goals can be achieved in this year or next year. Establish more cooperation with foreign universities is also important. Our direction is clear, making a real contribution to bring Undip to be a world class university,” she concluded. (PR team)