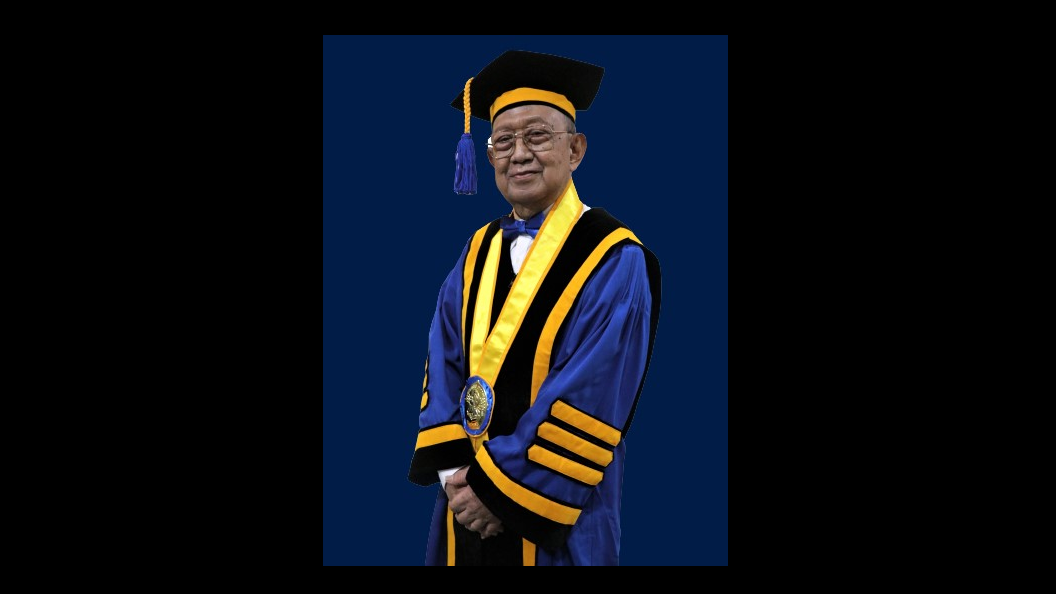 “I think the core problem of this situation is that most companies’ financial policies are based solely on the principles of business opportunity and feasibility, guaranteed investation funds, desired profit targets, and applicable laws and regulations. They have not implemented many policies that lead to the benefit of people,” said Prof. Dr. Drs. Mochammad Chabachib, M.Sc., Akt; in his inaugural speech as Professor of Faculty of Economics and Business (FEB) Diponegoro University (UNDIP), on Thursday (10/6/2021).

In a scientific speech entitled “Corporate Financial Policy Towards the Implementation of Akhlakul Karimah in Indonesia,” Chabachib, who served as Dean of Faculty of Economics and Business for two terms from 2002 to 2010 reminded, “Actually, Islam teaches an economic system that can benefit the people and the universe,” said the academic who earned his professorship at the age of 67, after his retirement.

It is interesting to note, of the 21 professors who are inaugurated on this period, Chabachib is the only professor with a Special Lecturer Identification Number, although he also has a valid National Lecturer Identification Number attached to his status as a Civil Servant until his retirement age on December 1st 2019. “I hope that my friends who are retired will continue to be enthusiastic about learning because the opportunity to become a professor is still open. I have proven this myself, Undip as Legal Entity State University is now more open and holding lecturers as important assets,” said the post-retirement lecturer who continues to actively write in reputable national and international journals.

The figure who became Vice Rector II Undip in 2011–2015 period hopes that business people or companies change their mindset and behavior, trying to do their best for the community, nation and state and the universe; through ethical financial policies. “Furthermore, with the morals carried out by the company, a prosperous society and an organized and guaranteed environment will be established,” added the graduate of FEB Undip, who took his Master and Doctoral studies at Padjadjaran University, Bandung.

Regarding the application of morality, the father of 3 children from his marriage with Dra. Hj. Endang Dwiastuti, M.Si; can be done in 4 (four) ways, namely: First, the goods are halal (not illegal), the method of obtaining them is halal; halal how to use it; and meet the criteria must not contain elements of usury, gharar (betting), and maysir (gambling). Second, the selection for sharia securities where the company does not carry out business activities such as games classified as gambling, trading that is prohibited according to sharia, usury financial services, buying and selling risks that contain elements of uncertainty; produce, distribute, trade, provide unlawful goods and harmful services that damage morals; and do not carry out transactions that contain elements of risywah (bribery).

While the third way, the company has to meet the financial ratios of total interest-based debt compared to total assets of no more than 45%. The total interest income and other non-halal income compared to total operating income (revenue) and other income must not more than 10% . As for the fourth, Islamic investment must not contain usury. “It has been regulated in the provisions of the Financial Services Authority, but I think it needs to be encouraged and realized with the support of other regulations to strengthen it,” said the grandfather of 5 grandchildren who received the 30-year Satyalancana Karya Satya Honorary Award from the Government of the Republic of Indonesia.

Chabachib, who underwent his primary and secondary education in Pekalongan City and graduated from Pekalongan 1 High School in 1972, defines akhlakul karimah as commendable behavior. Javanese philosophy such as “migunani marang liyan, urip iku urup” (be useful to others, life is lively) is part of the commendable behavior or morality he means.

Regarding the tips for implementing akhlakul karimah in companies, he suggested in applying ESG (Environmental, Social and Governance) principles and implementing sharia principles. “Now there has been a shift in the company’s goals from focusing on stockholders to becoming stakeholders. Investments that are morally virtuous are certain to comply with sharia and ESG principles and automatically support the Sustainable Development Goals,” said the academic who was born in Pekalongan on November 20th 1954, who had been an exemplary lecturer in 1987 and 1989.

However, it is reminded that ESG investment is not necessarily in accordance with sharia principles, because sharia principles are stricter than ESG principles. An investment that is morally virtuous is an investment that reflects the personality of Muslims in the context of realizing Islam as a religion of Rahmat Lil Alamin, and the investment made must have a positive impact on the universe. “I also hope that in the end the Akhlakul Karimah Stock Index can be developed in the Indonesian capital market,” said Chabachib.

Companies everywhere need to have good business planning and budgeting. All of that is directed at improving company performance. Meanwhile, a company that will implement this morality through business planning and corporate budgeting can design the implementation of the company’s operations in the manner mentioned above. If it is implemented consistently then the owner, management and other interested parties will get guaranteed business continuity and welfare for all parties.

“As a professor, I have to be more careful in my behavior. I have to keep learning, there’s no such thing as too late to learn. Everything that is done must lead to morality,” he concluded. (PR team)