Lydia Christiani, S.Hum., M.Hum. (Library Science Lecturer of Faculty of Humanities UNDIP): Library Science Has a Crucial Position in the Development of Civilization 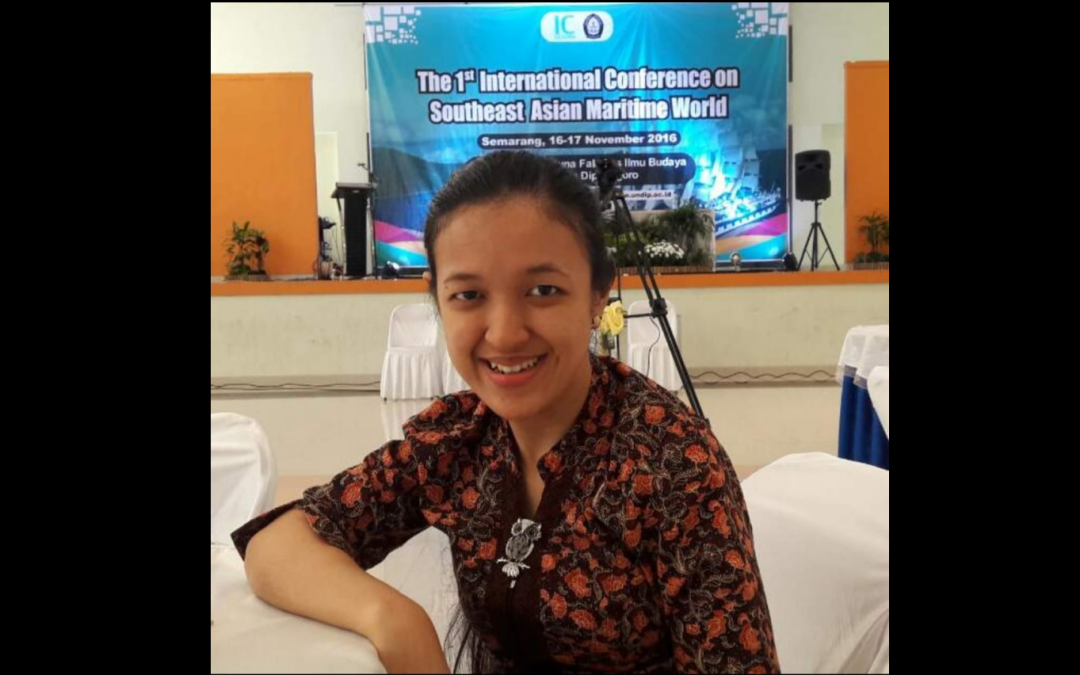 Generally speaking about library science, students will be taught how to manage documents and documentation systems at various documentation and information centers so that they can be useful for the development of knowledge in the community. Various abilities in terms of management, marketing, communication, application of information technology, as well as information dissemination studies must be mastered by graduates from Library Science Study Program. Library Science is one of the Study Programs at Faculty of Humanities Diponegoro University which missions include providing quality research-based teaching on national level, in the field of library and information science; and developing research and scientific publications as a contribution to the development of library and information science.

“If you look at it laterally, many people think or imagine that they are librarian. However, if studied further, it will begin to be seen that the library is a document control institution, especially literary documents, documents that have a literary or reference function, which has an important role in the development of knowledge and innovation, even human civilization. So that assuming the profession of a librarian, it means having the task of maintaining the cycle of knowledge in the community. Simply put, being a librarian is not about maintaining the library or book collections, but about how to empower the library as a knowledge center for the development of innovation in the community,” said Lydia Christiani, S.Hum., M.Hum., Lecturer of Library Science of Faculty of Humanities Undip.

The job opportunities and prospects of Library Science are vast. Where there is a need for document control, knowledge development, innovation development, the profession of a librarian is definitely needed, starting from the level of central government to the regions. Both in the national and international levels. If in the national area, starting from documentary institutions at the center of government such as Indonesian National Library, Indonesian National Archives, the Press Monument, Center for Scientific Data and Documentation – the Indonesian Institute of Sciences, to government institutions at the provincial and city/district levels. In addition, librarian is also needed in State-Owned Enterprises and private institutions, and of course in educational institutions, ranging from basic education to higher education,” she continued.

According to her, as an academic, developing knowledge is like a breathing process, if it is not done, it will lead to death. In various international consortium, Library Science continues to grow, even its contribution is needed to support one of the Sustainable Development Goals (SDGs) points, especially in the 11th Goal, namely Sustainable Cities and Communities: Make cities and human settlements inclusive, safe, resilient and sustainable, through a convergence approach of cultural institutions that include galleries, libraries, archival institutions, museums, monuments and sites. All these cultural institutions are the basic of human civilization. These cultural institutions have access to knowledge empowerment as their mission. It is a gateway to connect the traces of knowledge that have been produced in the past with innovations in the future.

“This is what ultimately places libraries and librarians in a crucial position to support the realization of sustainable cities and communities through empowering knowledge in the community. The essence and crucial function of the library also refers to the civilization of society. This is what I continue to develop with the consortium in Indonesia and of course I always convey that basis to students as the next generation of the Indonesian nation,” she continued.

Libraries can be said to be the center of knowledge, but of course libraries are not as popular as malls or other entertainment places that are visited by many people. In this context, of course, a new and and sustainable breakthrough is needed to make the library as home for learning that is close to the community. Related to the key role of libraries in supporting the SDGs to realize sustainable cities and communities through empowering knowledge in the community, various strategies to bring libraries closer to the community have made a long record. Library digitalization continues to be pursued based on applications to adapt to the needs of the community. People’s lifestyles that are increasingly dominant are in virtual space, making libraries in the palm of their hands an urgent thing to do. Even so, the ‘library as place’ aspect still needs to be developed following the development of generations, starting from the community reading garden concept, the makerspace concept, to the microlibrary concept, which is a breakthrough that is initiated to bring the library closer to the community. The last mentioned Microlibrary concept is the most up-to-date concept. The concept carries contemporary aspect that characterizes the zentennial generation, as well as the alpha generation, because the microlibrary concept has the mission of ‘to make reading attractive again’.

“These efforts are carried out to adjust the lifestyle of the zentennial generation, as well as the attractive alpha generation. With the microlibrary concept, the library is designed aesthetically with a unique design, individually designed, and using environmentally friendly materials. Not only in terms of the building aspect, the microlibrary is also synergized with various attractive activities, which makes the reading process as an attractive process. This concept emphasizes the power of small, attractive, and many, is targeted to be completed by 2030 throughout Indonesia, with 100 buildings ready to be used as a facility to inject knowledge and encourage the growth of innovation in Indonesian society,” she explained.

Lydia told the story of the beginning of making a scientific choice in Library Science and her career struggle to become a lecturer at Undip, she revealed the reason was quite pragmatic at first. Before studying Library Science, she did not understand the scientific value of Library Science. Like most teenagers in general, when they graduate from high school, of course they want to continue their education in college as a bridge to get a job and be economically independent after graduating from college. The availability of wide employment opportunities for librarians was the main reason for choosing Library Science Study Program, Faculty of Literature at Diponegoro University in 2006.

“After completing my education in 2010, then I continued my education at Master of Library and Information Science Study Program, Faculty of Cultural Sciences, University of Indonesia in 2011-2013. After graduating, I took part in Selection of Candidates for State Civil Servants in 2014 and was accepted as a lecturer in Library Science Bachelor Study Program, Faculty of Humanities Diponegoro University starting April 2015,” she recalled.

“Specifically, I hope that one day Undip will have a convergent cultural institution in the form of a Scientific Documentation Center which is quite solid as the main foundation for Undip in producing innovations and making use of them for the wider community throughout Indonesia. It will also encourage Undip’s progress towards World Class University and contribute more for the development of science in Indonesia,” she concluded. (Linda – Public Relations)