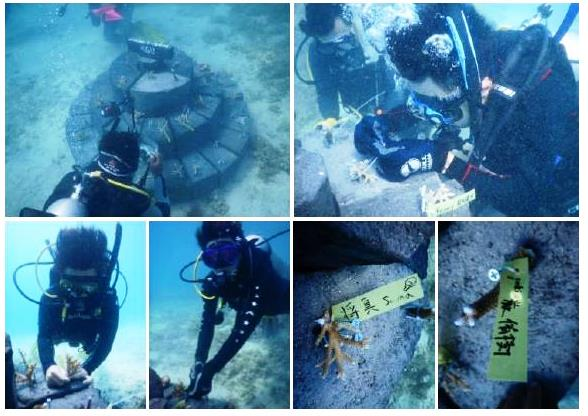 SEMARANG – Lecture activities as well as Diving Skills training and certification held by Marine Science Study Program, Faculty of Fisheries and Marine Sciences, Diponegoro University (UNDIP) in the Karimunjawa Islands, Jepara, deserve to be supported. The program that has been running for four years from 2016 to 2019 through collaboration with Kwansei Gakuin University of Japan is quite attractive to both regular students and foreign students.

Lecturer of Marine Science Study Program, Faculty of Fisheries and Marine Science Undip, Dr. Munasik, when interviewed by telephone, on Friday (19/6/2021), said the training program called Introduction to Scientific Diving has been running for 4 years since 2016 but is temporaripy stopped due to Covid-19 pandemic.

He said that this training activity is a Summer Lecture, a Summer Course which has 1-2 Semester Credit Units. “Initially, in 2016 the Marine Science Study Program issued a credit transfer of 1 credit for Japanese students. Since the course lasted more than 10 days, Japanese students who took part in the training could get a Student Identity Card from the Bureau of Academic and Student Administration,” added Munasik.

He also explained that the learning achievement of this activity is that students are able to dive in SCUBA and are certified as Open Water Diver from Association of Diving School International ADS-I. In addition, the lecturers also provide lecture materials on tropical marine ecosystems, namely coral reefs, mangroves and seagrasses.

“Besides providing Scuba Diving Training, we also educate them to care about marine ecosystems, to visit coastal ecosystems and small islands and to be involved in repairing coral reefs,” he explained.

“It turns out that the divers have a deep impression of this activity and hope that the transplanted coral fragments can grow and in the future they can witness the growth of the coral colonies. This will encourage participatory tourism programs, so that tourists will be interested in their next visit,” said Undip Coordinator of Artificial Habitat Research Group.

According to him, this artificial reef tourism program will have the potential as an alternative underwater tourism object and will have an impact on the variety of tourism objects in Karimunjawa, because it can be installed in various shallow water locations on small islands in Karimunjawa. This program is also community based program by involving the community in providing coral fragment seedlings for adoption by tourists.

“This underwater tourist attraction can also educate the public and tourists to be environmentally-aware. And of course, artificial reef tourism objects can contribute to improvement of the coral reef ecosystem in a sustainable manner,” he said.

Why choose Karimunjawa? Munasik stated that because Karimunjawa is the only tropical marine ecosystem site that is complete and still preserved. He also said that when he visited Kwansei Gakuin University of Japan in early 2018, this program was very popular and favorite for KGU students, even though it is expensive but also very challenging. To be participated in this program, a person must be able to swim and be healthy.

As a result, the number of foreign students participating in Scientific Diving has increased from year to year from 4 students with 2 assistant professors and administrators, then increased to 8 people plus assistants.

“This program should be a model for an edu-ecotourism package that is unique to Karimunjawa so that it will have an economic impacts on the people of Karimunjawa. Since we combine diving training, choralogy lectures and ecotourism. Moreover the results of our research product called Artificial Patch Reef can become a new underwater tourist attraction for tourists,” he hoped.

Prior to the training, KGU Japan asked for an initial survey to ascertain the quality of facilities in Karimunjawa for students and lecturers, as well as assistant professors. “This has been taken into consideration because KGU Japan has an international reputation. Thus the facilities must have international standards, such as air conditioning rooms and the food that is acceptable to Japanese customs,” he concluded. (PR team)