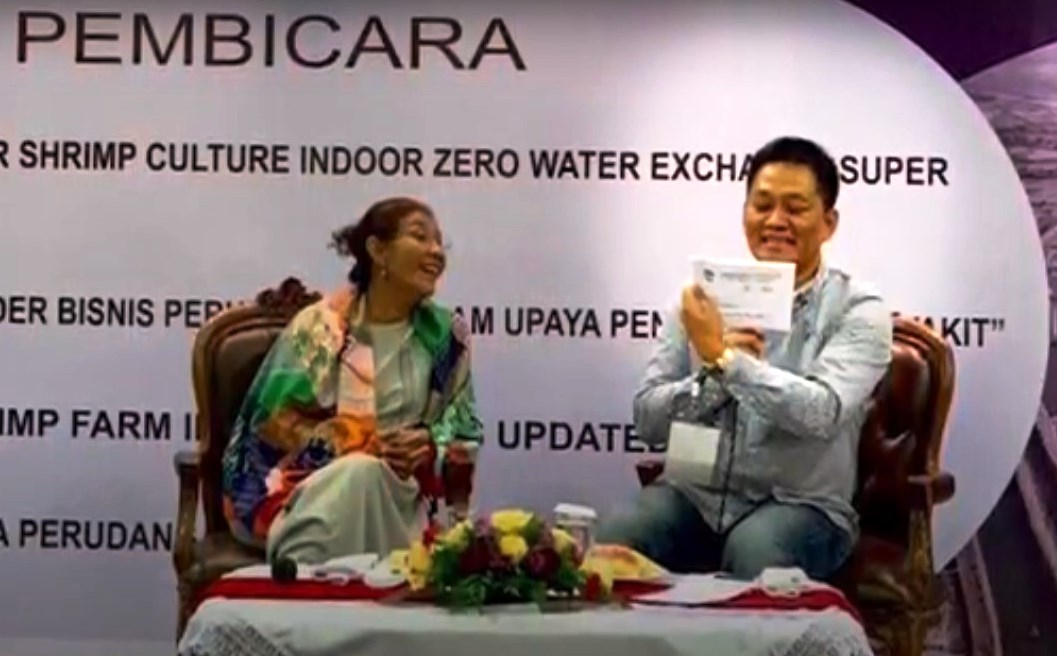 SEMARANG – Thousands of alumni of Diponegoro University (UNDIP) scattered throughout the country with their successful stories as their achievements. They are grateful for getting a learning experience at one of the best state universities which is now centered in Tembalang, Semarang City. Of course, there are many ups and downs, apart from stories that can inspire others.

One of them is Haris Muhtadi, a successful alumnus of Faculty of Fisheries and Marine Sciences Undip. Haris is a figure who since 2018 has been trusted to be the Director of Sales and Marketing at PT CJ Feed and Care Indonesia, a fish and shrimp feed and animal feed company that has factories in Medan, Lampung, Serang (Banten), Batang (Central Java), Jombang ( East Java) and Banjarmasin. He is one of the students of the first batch in Faculty of Fisheries and Marine Sciences.

His career in a company that has 6 factories in Indonesia, 2 factories in Korea, 9 factories in China, 4 factories in Vietnam, and 1 factory in the Philippines is considered successful. In fact, when he was in college, the man who was born in Pati on July 26th 1966, felt that he is just one of the ordinary students. Entering the Department of Fisheries Undip in 1984, which at that time was under the auspices of the Faculty of Animal Husbandry and Fisheries, Haris admitted that he did not stand out in the academic field.

He emphasized that entering the Department of Fisheries was his first choice after graduating from high school. “Fisheries and Marine Sciences is my first choice,” he said. Therefore, even though he claimed not to stand out in the academic field, he earned a Bachelor of Fisheries degree in 1989.

“In the past, I was not a student who stood out academically but mostly did outside activities to interact with various groups, types of people, that kind of thinking is what makes me feel useful these days,” said Haris Muhtadi who is also the Chairman of Association of Animal Feed Companies in an interview on Thursday (24/6/2021).

High enthusiasm to continue learning and building networks is one of the doors to success. Success is obtained due to hard work and continuous self-development. “One of the efforts is to continually update new knowledge even though it is not from formal education such as getting a master degree. Self-development can also be obtained through training, short courses, workshops and seminars that we can participate while we are working,” said the alumnus of SMAN 1 Pati.

Thus besides being trusted to be one of the important people in a feed company based in South Korea, since 2016 he has also been trusted to be the Chairman of the Association of Animal Feed Companies, an organization where producers of animal feed, fish feed and shrimp feed in Indonesia gather.

At Association of Animal Feed Companies, this Undip alumnus is keen to voice the aspirations of its members so that they can continue to exist and contribute to fisheries and livestock businesses in Indonesia. His experience of being active when he was still a student of Diponegoro Campus, influenced the mindset and pattern of action when in a work environment and organization.

In his current position as director of an international feed company, he also has to meet a lot of people; with different backgrounds and come from various nationalities. That is where some of his past experiences feel more relevant nowadays.

“It turns out that the key to various business deals is how to convince other parties that our idea is worthy of being bought by the client or customer. So, my message to fellow students and prospective students who want to learn about Fisheries and Marine Sciences, especially at Undip, is to try to be more active, not just in class to pursue academic success, but also learning from things outside the classroom,” he explained.

According to him, students who want to study outside the classroom will interact with as many people as possible who have different cultural, ethnic, and national backgrounds. Thus the students will get intellectual knowledge.

“Broad insight will be a good weapon for socializing. With the breadth of association, it helps to increase recognition from the community according to the field of business. It will indirectly make our work and career advancement easier,” he added.

In the midst of the Covid-19 pandemic, he also invited students to continue to be creative and stay enthusiastic in learning. He suggested the students to improve their foreign language skills, especially English. “Don’t stop learning.”

Another advise from him is to not to stop reading books in any field of interest. The availability of communication technology facilities, according to him, makes it easier for us to learn. Learning by using Zoom, Skype, internet and other means is obviously very helpful, and in accordance with health protocols.

“If we prepare as best we can and live back to normal, we would not miss the train, since we keep updating the information and the advancement of world time to time. The show must go on, Covid-19 is not a reason to stop developing yourself,” said Haris.

To be sure, as alumni he expressed his gratitude to Undip as an institution that helped to shape his character and expertise; especially the lecturers and seniors who have always guided him to become what he is today. “Not to forget, I would like to thank the lecturers and seniors who have made a very big contribution in my life,” he concluded. (PR team)