drh. Dian Wahyu Harjanti, Ph.D (Lecturer at Faculty of Animal and Agricultural Sciences Undip): Young Generation Should not be Afraid to be Farmers Since Livestock is One of Supporting Pillars of the Nation 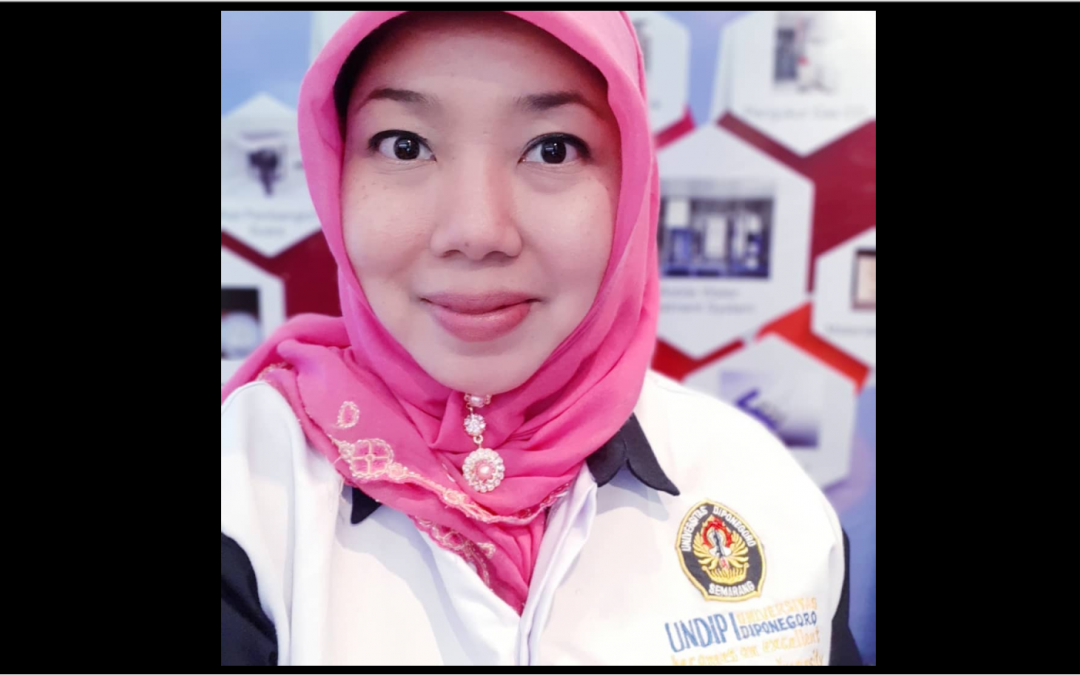 Food and Agriculture Organization (FAO) of the United Nations has designated June 1st as World Milk Day. The main important purpose behind this World Milk Day is to recognize the importance of milk and dairy products in our lives. However, in reality, milk consumption in our country is said to be relatively low when compared to other countries.

According to drh. Dian Wahyu Harjanti, Ph.D, Lecturer at Faculty of Animal and Agricultural Sciences Diponegoro University, said that the Indonesian people’s milk consumption per capita in 2020 was 16.27 kg/capita/year. This consumption is actually increased compared to 2019, which was an increase of 0.25%. However, the number is still lower when compared to other ASEAN countries. Per capita milk consumption in 2021 is also predicted to increase. Some of the factors that led to the increase in the amount of consumption include the increasing population, increasing public awareness of balanced nutrition and the COVID-19 pandemic which requires us to increase our immunity through protein intake. People’s mindset that milk will cause fat, acne, diarrhea, etc. needs to be straightened out.

Milk is a food that has almost perfect nutritional value. The nutritional content of milk is very important for brain development, growth, cell repair, supporting body metabolism, including regulation of the immune system.

She further said that the number of dairy cattle population from year to year tends to be stagnate. However, the actual population is not the sole cause of the low national milk production. Most of the dairy farms in Indonesia are people’s farms. If the livestock population wants to be increased, for example through a livestock assistance program, the government also needs to assess the adequacy of land to plant quality plants which is the main feed for dairy cows. Feeding management is the key to the success of dairy cattle farming. If the dairy cattle population is increased, but the land and concentrated feed ingredients are limited, the goal of increasing milk production is difficult to achieve.

“Besides feeding management, the genetic quality and health of dairy cows also greatly affects the productivity of dairy cows. The main health problem in the dairy cows industry is inflammation of the mammary glands, known as mastitis. The prevalence of mastitis in dairy cows in Indonesia is quite high, reaching 80% and is one of the causes of low milk production and quality. Efforts to overcome mastitis, namely prevention and treatment are the topics of research that we conducted at the Laboratory of Beef and Dairy Production, Faculty of Animal and Agricultural Sciences UNDIP,” she said.

Until now, treatment using synthetic antibiotics via intramammary injection is the only way to treat mastitis. However, the use of synthetic antibiotics has the potential to increase bacterial resistance to antibiotics, and can cause antibiotic residues in the milk produced. Diponegoro University developed antibiotics and antiseptics from natural ingredients (herbs) that are effective and safe for livestock and humans as milk consumers. The herbal antibiotic products (phytobiotics) named MASTI-Herb and DIPO-Dry which have been clinically tested on dairy cattle with mastitis. The herbal antibiotic product was selected in the “110 MOST PROSPECTIVE INDONESIAN INNOVATION WORKS – 2018” by the Bussiness Innovation Center (BIC). Meanwhile, the herbal antiseptic products developed by UNDIP are called AGERA-Mastic, IPO-GREEN and I-CARE. We hope that the prevalence of mastitis can decrease, milk production and quality will increase, and it can produce milk that is safe for consumption because it does not contain antibiotic residue contamination.

“Domestic fresh milk production is still not able to meet national milk needs, including industrial needs. In 2020, the national demand for milk is 4,386 thousand tons, while domestic fresh milk production is 998 thousand tons. This means that only 22.8% of the national milk needs can be met from local milk production and the rest is met through imports from abroad. To reduce the number of imports, the Government together with practitioners at universities have made various efforts to improve the efficiency of the dairy farming business, including increasing milk production according to the genetic potential of livestock,” she explained.

“Through the Tridharma of Higher Education, we are trying to apply science and technology to increase the productivity of dairy cattle and the welfare of farmers. To make it happen, we collaborate with farmers and related stakeholders such as the government and industry. UNDIP has collaborated under the Indonesian Ministry of Agriculture with the Government of New-Zealand in an activity called Indonesia Dairy Excellence Activity, IDEA. In this activity, UNDIP team and a team from New Zealand worked together to increase the capacity of smallholder farmers in Central Java by establishing a focus farm and collaborating with the dairy processing industry. The activities carried out are providing education and training directly in seven districts, cities, centers of dairy farming in Central Java, including mentoring, monitoring and evaluation activities. This activity involves students who directly participate in the field to provide assistance and motivation to farmers, in accordance with the role of students as agents of change,” she explained.

She hoped that the younger generation will not be afraid to dream of becoming a farmer. Do not be afraid and hesitate to jump into the livestock sector. It is a promising and profitable sector. Milk is the first food for human so that livestock is one of the pillars that sustain the nation, NO FARM, NO FOOD.

There are many examples of the millennial generation who have turned into successful young farmers and entrepreneurs. People who focus on animal husbandry can generate income that is also as good as other professions, namely daily, monthly and yearly income. For example, a dairy farmer can generate income from selling milk, manure for fertilizer, calves and animal feed. The milk produced can even be processed into various diversified products and can be collaborated with other parties such as cafes and restaurants.

“Milk is needed by humans from the age of infants to the elderly. With the low local supply and high demand, the dairy cattle and dairy business is very prospective. Moreover, if complemented with the use of digital technology, the milk business will be more promising. Milk forms a smart generation. Let’s drink milk every day. Healthy people with strong immunity form a developed and prosperous nation,” said drh. Dian.

She hoped that Undip’s progress to become a World Class University includes to always support the birth of innovations and inventions by making improvements and developments to infrastructure and systems. “I hope that UNDIP will always provide support and assistance for the downstream research that has been carried out, so that the benefits can be felt by farmers and also the community as food consumers,” concluded drh. Dian, an expert in dairy science / Livestock Science at Undip. (Linda – Public Relations)