Undip Rector: Position is not only Achievement but also a Mandate 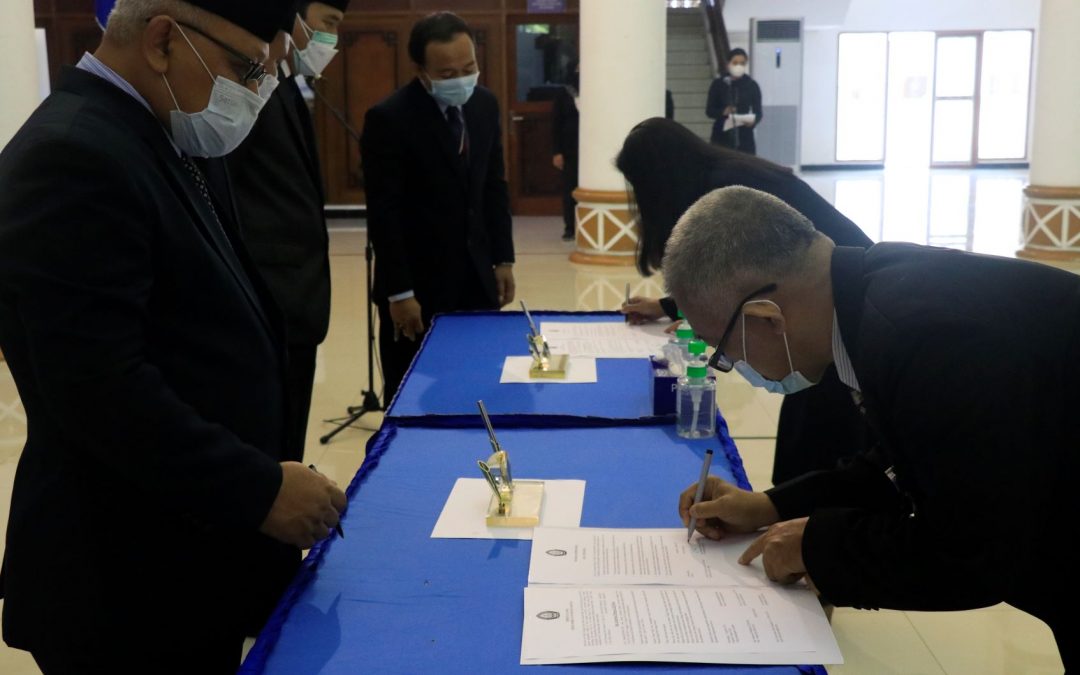 In his speech, Rector of Diponegoro University, Prof. Yos Johan Utama, S.H., M. Hum. emphasized that the position is not a mere achievement of performance, but a mandate. It is a mandate of trust which then later will be held accountable. Therefore, Prof. Yos, his nickname, really advised the appointed officials to carry out the mandate as well as possible. “To the inaugurated officials, please take this mandate seriously. Always adhere to the promises and oaths that have been made. Protect yourself and the good name of Undip. Work with sincerity and passion to give the best and sincerely serve the country. Hopefully this mandate will be a blessing for your families,” said the Rector.

Meanwhile, for officials who are retired because their terms of office had ended, the Rector thanked them for their dedication and sincerity in carrying out the mandate that had been given.

The officials who take the oath at the inauguration ceremony on Thursday (5/8/2021) are: