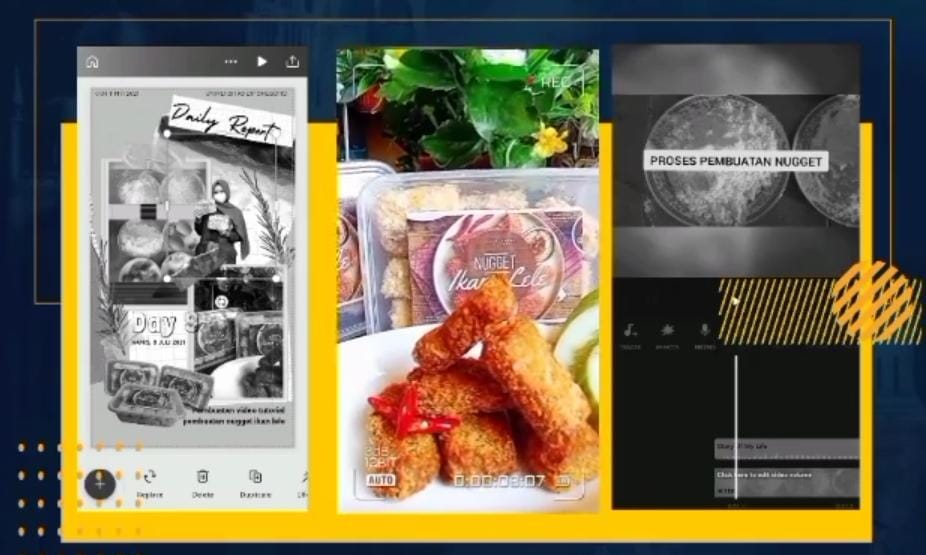 Nosa Putri Syalsabila, a student of Student Community Service Team II of Diponegoro University at Kadipaten Village, Selomarto, Wonosobo Regency. The work programs carried out are the socialization of GEMARIKAN (Gerakan Memasyarakatkan Makan Ikan), economic empowerment in the midst of the Covid-19 pandemic through the manufacture of processed fishery products, education about maintaining the body’s immune system through daily fish consumption as an effort to prevent Covid-19 and making posters about the benefits of eating fish.

One of the potentials in the Kadipaten Village is the cultivation of freshwater fish such as catfish and tilapia fish. Nosa also took the initiative to invite women of Family Welfare Empowerment members to process catfish into fish nuggets which are rich in nutrients. In the online socialization, she said that during the current pandemic, the body’s immune system must be maintained, one of which is by consuming fish. The benefits include maintaining the body’s immune system, reducing cardiovascular risk and increasing brain intelligence. Fish contains many nutrients such as protein, Vitamin A, Vitamin D, unsaturated fatty acids, omega-3, Vitamin B6 and B12.

In the video tutorial for making catfish nuggets that she uploaded on her Youtube channel, Nosa explained the recipe for making catfish nuggets which is quite easy by using simple basic ingredients. First, the catfish is washed and then steamed and made into puree. The catfish puree is mixed with spices, shallots, garlic, eggs, tapioca flour, pepper, flavoring, and salt mixed in a mixing bowl until smooth. Then steamed the mixture until cooked, then cut into pieces. After that, the nuggets are dipped in a bowl of egg white, covered with breadcrumbs. Nuggets are ready to be fried and can be enjoyed.

The tutorial on making catfish nuggets by Nosa and team can be accessed on Youtube link https://www.youtube.com/watch?v=0Av7EhsfqxU (Linda – Public Relations)