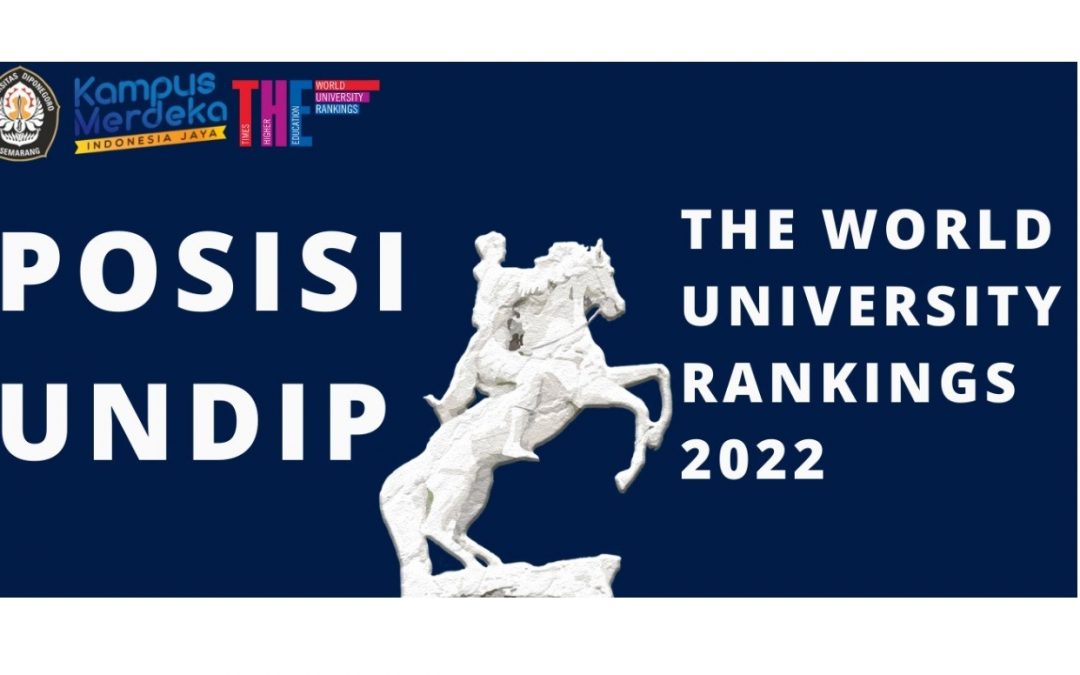 SEMARANG — Diponegoro University (UNDIP) was able to maintain its presence in an honorable position in the ranking of world universities conducted by THE World University Ranking (WUR) in 2022. Of all universities in Indonesia that were included in the monitoring of THE WUR 2022, Undip was ranked 7th nationally.

On various occasions, the Rector of Undip, Prof. Dr. Yos Johan Utama, S.H., M.Hum., always appreciates the results of the rankings carried out by international and national institutions, including the ranking results made by THE WUR. “We accept it gratefully because it is the result of efforts that are not easy. However, we need to emphasize that the entire Undip academic community will not stop trying to improve performance, and the ranking results are one of the inputs that we record for our evaluation materials, “said Prof. Yos Johan, on Friday (3/9/2021).

To make the rankings, THE WUR used the same five indicators as those used in 2021, the main indicators are teaching, research, citations, industry income, and international outlook. The list of ranking also used the ratio of lecturers and students, the number of foreign students (international students), the ratio of male and female students, and FTE (full-time equivalency).

David Watkins, Head of Data Science at THE, said research related to Covid-19 and specifically related to vaccines was very heavily funded and prioritized, some articles received more than 20,000 citations within a year of publication. Meanwhile, the results of the study by Caroline Wagner, Head of International Cooperation at Ohio State University, concluded that the majority of citations related to Covid-19 were articles written by institutions in China in collaboration with well-known universities in the United States or Britain.

At the global level, the University of Oxford in England tops the overall rankings, and has held this position for the sixth year in a row. California Institute of Technology and Harvard University are both in second position. The University of Oxford is the oldest university in the UK which has approximately 20,000 students with a relatively equal composition between undergraduates and postgraduates students. The university has staffs from 100 countries and 40% of its students come from various countries in the world.

California Institute of Technology has its own uniqueness because the number of its students is relatively small compared to other universities. They have 1,000 undergraduate students and 1,250 masters and doctoral students. Caltech has six departments with a strong emphasis on teaching and research in the fields of science and technology. This institution was founded in 1891 as Throop University in 1891 and changed to Caltech in 1920. Meanwhile, Harvard University, which is also in second place, is one of the Ivy League, a group of top private universities in the United States. Harvard was founded in 1636 and it is the oldest university in the country. (PR team)