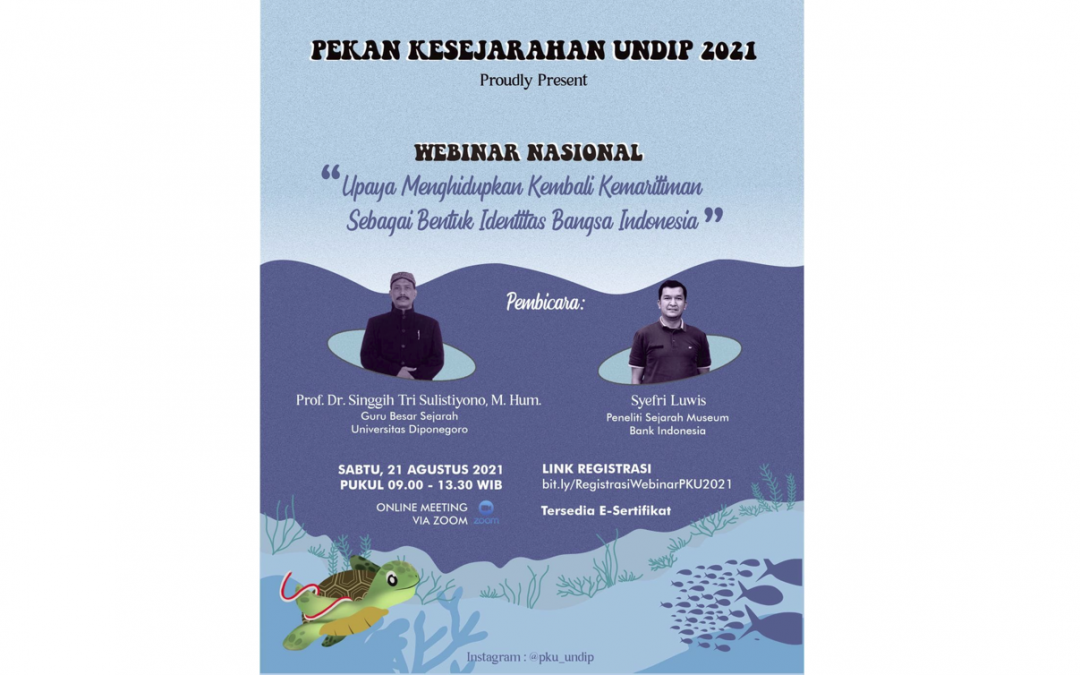 “The maritime paradigm is a development concept based on the identity of Indonesian nation as a maritime nation originating from the historical journey as a community of nations occupying the archipelago. While the definition of a Maritime State for Indonesia is a country that is able to build its maritime power (seapowers) both in the fields of shipping and trade (merchant shipping), maritime defense and security forces (maritime fighting instruments), and advances in maritime technology. A maritime state is able to take advantage of the potential owned synergistically (sea and land) within the framework of geopolitical dynamics in order to achieve the prosperity and glory of the nation and state,” he said.

“To build a great maritime nation, it is necessary to socialize and enculturate historical cultural values and maritime culture through the media of education, art, literature, and so on. This is related to the fact that during the colonial period the soul and spirit of the sea had decreased,” he continued.

Meanwhile, Syefri Luwis in his material entitled “Spices and Currency of the Royal Era: An Attachment”, stated that in ancient times, spices became a symbol of exoticism, wealth, prestige, and filled with sacredness that was once valued as equal to gold. Spices at that time became a symbol of exoticism, wealth, prestige, as well as being used as flavorings, preservatives, and drugs for various diseases. Thus the trading era resulted in demand for currency flowing into the archipelago. (Linda – Public Relations)