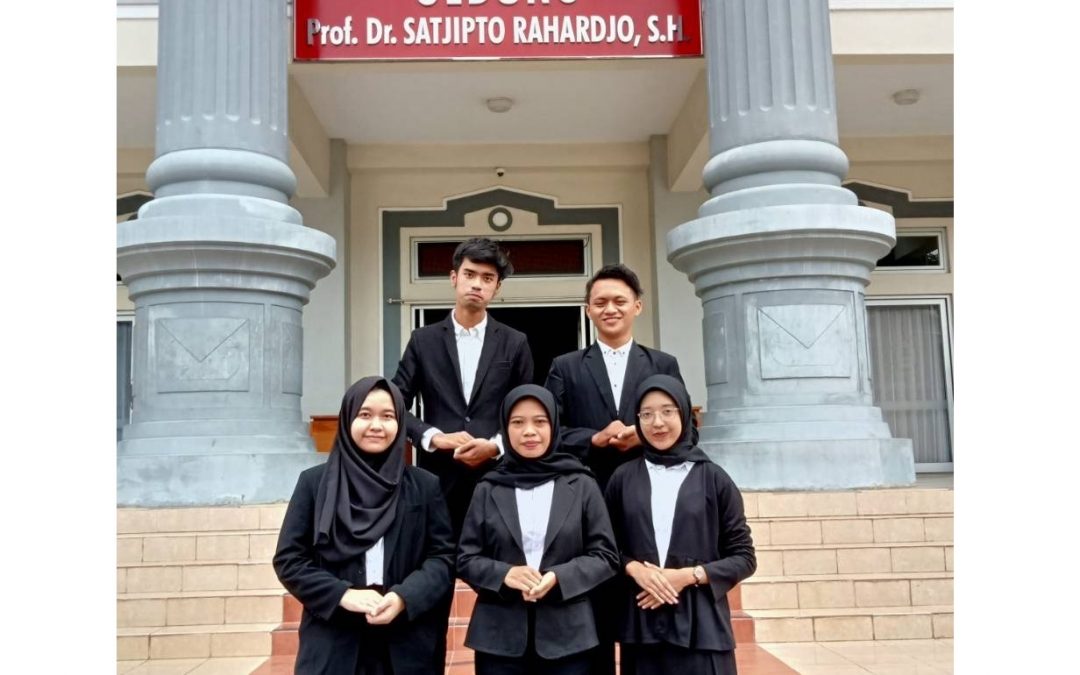 “After winning 1st place in the Law Drafting and Best Paper competitions, we feel very happy and proud. At least we will help raise the name of our beloved Diponegoro University,” said Salsabila, one of the team representatives to Undip’s Public Relations team, on Thursday (23/9/2021).

She explained that the legislative drafting competition is a technique for drafting laws and regulations within the scope of a private institution. This Best Paper achievement was obtained after going through the stages of making, collecting academic manuscripts and laws, and presenting the results of the file. “As a result, thank God, our team got the highest score in the competition,” she said.

For this achievement, the team members feel grateful because all their hard work and prayers have paid off. To be sure, the students who take part in the competition also gain a lot of knowledge and experience from the competitions they participated in, so that they could pass on their knowledge to the next generation.

Briefly stated, the preparations made to take part in the competition were also not easy. It started with collecting many topics and problems to be discussed and formulated in academic texts and draft laws, which were then consulted with the team’s supervisor, Prof. Lita Tyesta.

Then, the team conducted intense research guided by several customary law lecturers such as Dr. Sukirno and Dr. Triyono. The results of the research were then consulted again, until they were submitted to Prof. Dominic Rato, a Lecturer of Customary Law, Faculty of Law, University of Jember.

“After doing research and consulting with several lecturers, we conducted brainstorming and discussions with the team for the preparation of academic manuscripts and draft laws. We only have 30 days to complete all of that,” said Hanif Alfattah who is also a member of Undip Faculty of Law team at Constitutional Law Festival 2021 at Universitas Brawijaya.

After making the draft, other preparations must also be made, including making presentation materials and improving the design. Team members also prepare arguments to answer questions that are expected to arise.

Honestly, the team members admit that the achievements can not be separated from the role of the university and faculty. The campus situation as an academic milieu, the existence of reliable lecturers with excellent capability, as well as the assistance from the leaders are important contributions for the team.

“In addition, we have supervisors who are experts in their fields and are providing a lot of information that can help us in formulating the draft laws. As a result, we became the best in the competition,” said Hanif.

Closing the interview, the sophomore student of Faculty of Law said that competition is a place to grow and develop skills in order to create a reliable and quality legal generation. He invited all students of Faculty of Law Undip to compete so that they could excel and make Diponegoro University proud. “By participating in the competition, we can develop critical thinking and can create a superior product that can be useful for the community.”