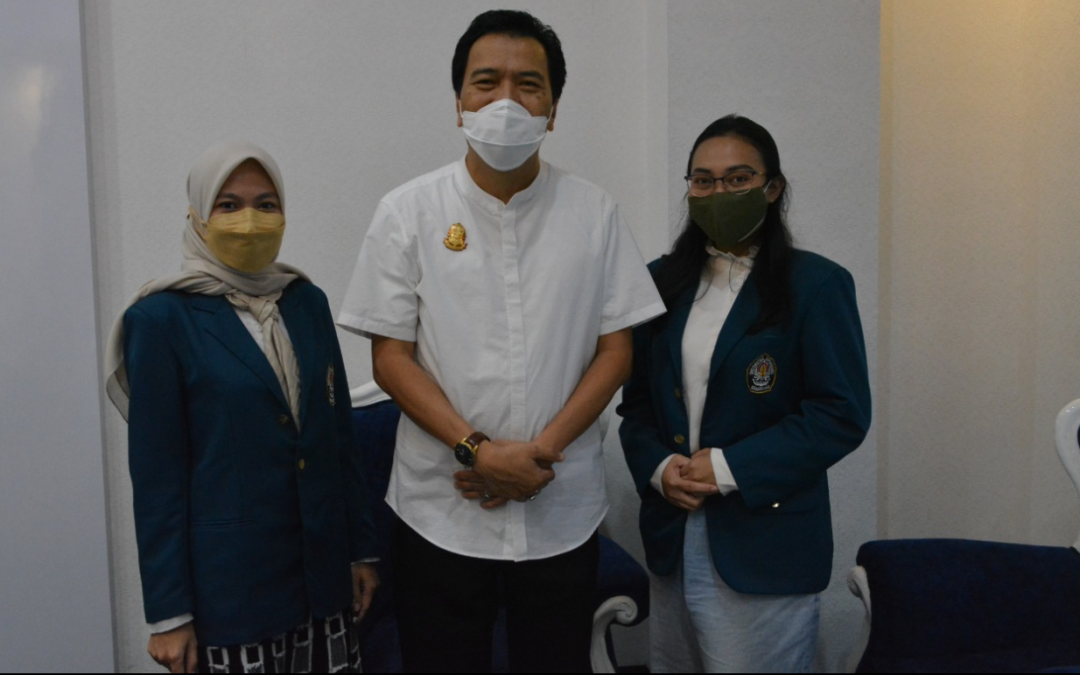 Semarang (29/09) – The students of Diponegoro University (Undip) Semarang, Central Java made achievements in the National Selection of Outstanding Students 2021 (Pemilihan Mahasiswa Berprestasi / Pilmapres) which was held by the Ministry of Education and Culture.

Undip Rector, Prof. Dr. Yos Johan Utama, S.H., M.Hum., said that he was proud of the achievements of Undip students in the midst of the difficult situation of the Covid-19 pandemic. “Congratulations on being the national champion of the National Selection of Outstanding Students 2021,” said Undip Rector who is often called Prof. Yos.

He added that the achievement of Undip students in this event is also expected to be useful for the community and be an encouragement for other students to excel and also contribute to the surrounding environment.

Ni Putu Adeyani’s achievement was obtained for her work on “Improving the Quality of Natural Food Preservation Using Sheca-Edible Spray Based on a Combination of Pectin and Chitin to Achieve Sustainable Development Targets”.

“The theme of this study is the utilization of green shells and cocoa shells which are very common in several areas. The large number of shells causes accumulations resulting in an increase in the number of waste. The shells are usually burned and its burning process can increase CO2 gas emissions which affect environmental, air and water pollution in the surrounding area,” said Ni Putu Adeyani.

She hoped that this work can provide a solution to turn shell waste into a new product called Sheca-Edible Spray, a naturally biodegradable preservative for fruit and food derived from cocoa shell pectin and green mussel shell chitin. Sheca-Edible Spray can be used by the community and will be useful to reduce using harmful preservatives such as formalin or borax,” added Ni Putu Adeyani.

Meanwhile, Afriza Ni’matus Sa’adah raised the topic of “Circular Economy Implementation through the Utilization of Plastic Waste as Cellulose Fiber Impregnated Particle Board”.

“I have actually prepared this creative ideas for 6 months, starting from January to September. The idea is very complicated, starting from various aspects such as engineering, economics, law, and humanity. The idea that I compiled is the implementation of a circular economy through particle board products from waste in Semarang City. There are 3 types of waste that I use, namely plastic waste, paper waste and used vegetable oil waste. This idea also supports the SDGs and the 4.0 industrial revolution,” said Afriza.

“The idea that I brought up was about the environment because I have been interested in studying about environment since the first semester. I made a reactor that can degrade hazardous substances in clothing and batik waste and so on,” Afriza added.

Along with the achievements that have been reached by Undip students, Dr. Agus Suherman, S.Pi., M.Sc., the Head of Undip Secretariat and Protocol Office, stated that his party will continue to encourage and facilitate students to excel at national and international levels.

“Undip has committed to encourage and facilitate Undip students to excel and contribute to society through academic and non-academic programs,” said Agus.