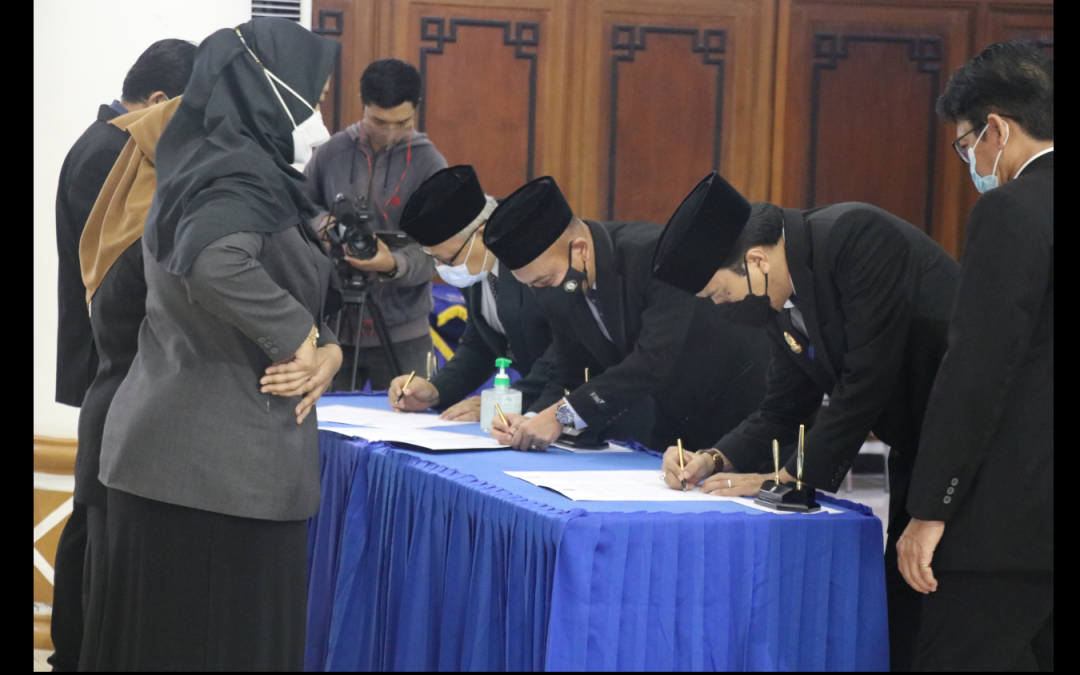 In his remarks, the Rector of Diponegoro University congratulated the inaugurated officials. “Congratulations on your success through such a tight selection and supervised by supervisors who have high credibility,” said Prof. Yos, the nickname of the UNDIP Rector. “Be serious in carrying out this additional task in order to give blessings to the family and benefit the people,” he said. He emphasized that there are 3 things that must be owned by employees and especially for inaugurated officials, namely integrity, hard work and innovation.

Integrity is the foundation to build oneself and the organization to develop and make great progress. Integrity includes discipline, obeying the rules, being honest and not abusing authority. Hard work is needed to spur enthusiasm to continuously improve skills and knowledge. The third aspect is innovation. Especially in the current era of disruption 4.0 where all aspects in the world have changed rapidly. The conventional culture is replaced by a digital system. The development of technology is also expected to spur employees as public servants to innovate ways to provide fast and appropriate services.

With integrity, hard work and innovation, it is hoped that the employees, especially those who are given the mandate to carry out additional duties as managers and supervisors, become professional and competent employees.

In order to increase skills and knowledge, Diponegoro University provides opportunities not only for lecturers, but also educational staffs to continue their studies or attend training facilitated by UNDIP Human Resources Development Agency. “Supported by professional and competent teaching staffs, Diponegoro University has further established itself as an excellent research university,” he concluded. (Utami – Public Relations)