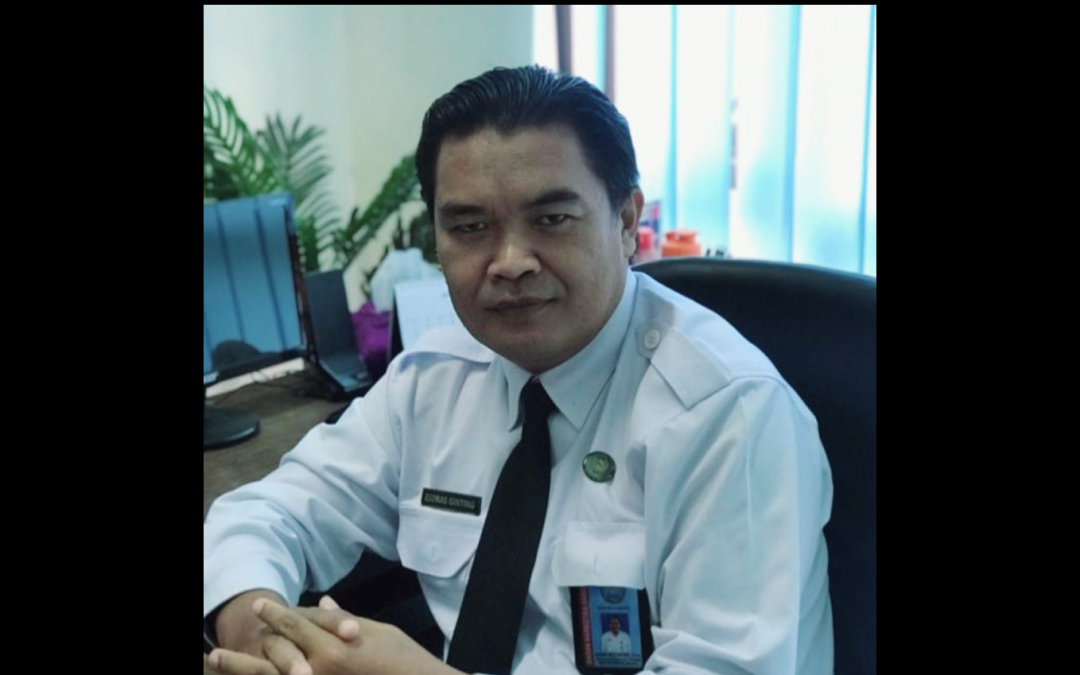 Esdras entered Undip in 2002 through the National Entrance Selection for State Universities (Seleksi Nasional Masuk Perguruan Tinggi Negeri / SNMPTN) and graduated in 2007. While in college he also worked in the field of journalism.

“After studying about communication, I finally became interested in journalism. I enjoy writing and often write articles in newspapers. In 2005, I joined the afternoon newspaper ‘Wawasan’ and became a journalist in the arts and culture department. After graduating from college, I still joined ‘Wawasan’ until 2008, so I worked for the media for almost 3 years. After that I moved to Jogja to join ‘Harian Jogja’, part of the group of ‘Koran Bisnis Indonesia’. After 2 years working at ‘Harian Jogja’, I was promoted to be assistant editor so I rarely work in the field like when I was a journalist. My tasks are mainly related with the editorial field. I also worked as online editor of ‘Harian Jogja’ Online Website for about a year,” he recalled.

“In 2012 I tried to register for Civil Servants Candidates, it turned out that I was accepted and was placed in North Sumatra. I moved to Medan in 2013 since I was placed at the National Narcotics Agency in Serdang Bedagai Regency. I was originally working in the field of journalism, but now my knowledge began to shift and change to public speaking because public speaking skills must be possessed by an extension worker. In 2019, I transferred to Deli Serdang Regency until now as a Drug Instructor for Young Experts at the National Narcotics Agency in Deli Serdang Regency,” he continued.

“Semarang culture is very tolerant and friendly to students from outside Java like me, at the same time I also learn about Javanese cultures. I lived in a boarding house which brought many experiences in my life. In college, I met many friends from all over Indonesia with different backgrounds. During college, I have never experienced problems in dealing with the lecturers because the lecturers in Communication Science Study Program were very friendly,” he said.

“Education can change our lives. I was a farmer’s son, so since I was little I’ve felt the struggle of life as a farmer, and honestly I was lazy to go to the fields because I know that managing the fields is tiring. In the end, I chose to be serious in studying, because at least it could change my life from farmers culture to the new field of world. I feel a sense of pride as an Undip Communication Science graduate, every time I give counseling to schools I convey to the younger generation, I motivate them about the importance of education. Education is a way for the younger generation to avoid misfortune and a medium to reach their dreams. Goals are important and you have to fight to achieve them,” Esdras concluded. (Linda – Public Relations)