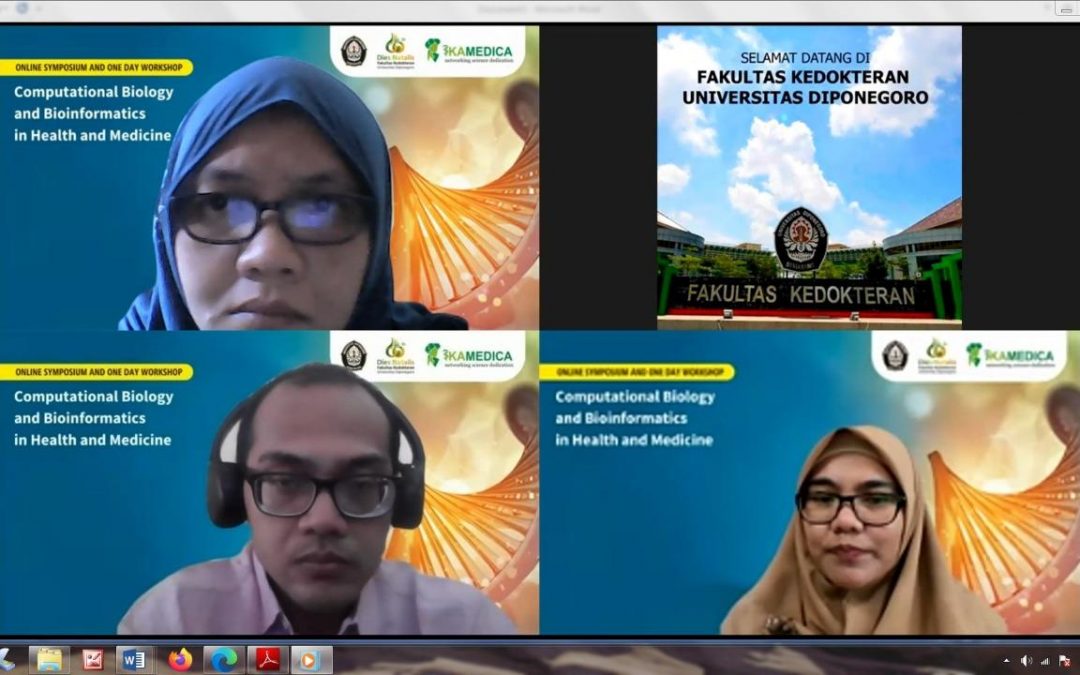 SEMARANG- Faculty of Medicine of Diponegoro University (UNDIP) held an “Online Symposium and Day Workshop on Computational Biology and Bioinformatics in Health and Medicine”. Five experts acted as facilitators in the workshop which was attended by 36 doctors.

“So this workshop is about Bioinformatics and the focus is on genetics. Maybe for those who are used to learning about genetics research will start again with the most basic materials today. If later there are other specializations, they can be more advanced,” said dr. Galuh Dyah Nur Astuti, one of the workshop facilitators who is also the initiator of this activity.

The workshop on bioinformatics and genetics was attended by 36 people and most of the participants were doctors. The activity which was held on Saturday (2/10/2021) was part of a series of various activities in the context of the 60th Anniversary of Faculty of Medicine Undip.

The discussion by the participants started with a clinical case which has a certain phenotype and pedigree information. It is continued to the next part named gene hunting. In this session, participants are invited to use a database based on the patient’s phenotype to determine what part is causing the disease.

“Part two is about getting to know your gene interest. We are going to look for more information about a gene. In the third part, designing your primers for PCR experiments,” explained dr. Galuh.

Meanwhile, in part four, interpretation of the result is carried out where the participants are asked to interpret the results of PCR (Polymerase Chain Reaction) and sequencing methods. The discussion in the fifth part is about the variant disease causing. In this session, participants are directed to predict whether the variant has the potential to cause a disease or not.

“It is hoped that with this workshop, participants can be motivated to study bioinformatics in general and genetics to strengthen their activities in health services,” concluded dr. Galuh. (PR team)