Carrying the Tagline “Globalization, Collaboration, Acceleration”, Undip is Inaugurated as an Excellent Research University on Its 64th Anniversary 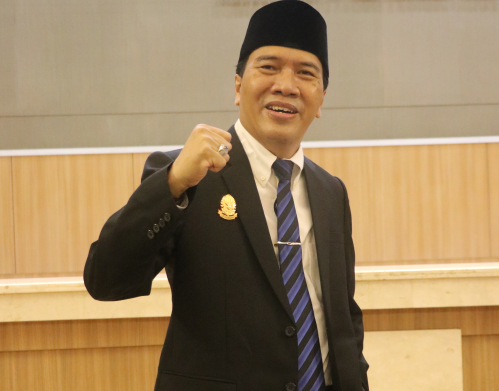 Semarang, Central Java (13/10) – Diponegoro University (Undip) Semarang will hold an academic ceremony in commemoration of 64th Anniversary of Diponegoro University on October 15th 2021. Carrying the tagline “Globalization, Collaboration, Acceleration”, Undip will continue to contribute and innovate for the benefit of the people.

In the commercial Rispro Competitive program of Indonesia Endowment Fund for Education, this medical ozone is used for additional therapy in the treatment of diabetes mellitus wounds. The therapeutic method used is ozone bagging, in collaboration with CPR with researchers from the Faculty of Medicine and the Biomedical Masters Program. Its use has been declared safe and allowed in the international world.

However, medical ozone generators with good standards are still needed in order to obtain optimal benefits and are safe for human health. Based on the dosage, a good GOM refers to the International standard issued by Dr. J. Hänsler.

“This means that it is not only Undip’s achievements that have become global, but also Undip researchers’ research has begun to be recognized internationally,” said Prof. Dr. Yos Johan Utama, S.H., M.Hum as the Rector of Diponegoro University.

“It is not only research that is progressing and developing, but also the achievements of students that made us very proud,” added Prof. Yos as he is familiarly called.

“Congratulations on the achievements of Undip students in participating at National Sports Week XX Papua 2021. Undip students managed to achieve 18 medals including 6 gold medals, 4 silver medals and 8 bronze medals from various sports. Previously, two Undip students also have made achievements in the National Level of Selection of Outstanding Students 2021 held by the Ministry of Education, Culture, Research, and Technology. Then for National Student Scientific Week (PIMNAS) 2021, Undip was ranked 4th nationally out of 37 teams that passed at the 34th PIMNAS 2021,” he explained. These achievements are results of collaboration from all elements, including lecturers, educators, students, alumni and all Undip’s community.

For the achievements that have been reached, Undip gave awards to 29 new doctors consisting of 26 doctors graduated from universities within the country and 3 doctors graduated from abroad. Furthermore, the doctors will be encouraged to get the title of professor by accelerating the OPOC (One Professor One Candidate) program.

Awards were also given to outstanding students, outstanding educators, and cleaning staffs who dedicated their works to make Undip as green campus. Undip is in the 2nd position of Green Campus according to UI GreenMetric World University Rankings.

In the commemoration of 64th Anniversary of Diponegoro University, Undip also gave names for streets in the campus environment with the name of the former Rector. It is a form of gratitude and appreciation for the services that have been given to build and advance Undip,” he explained.

“The names of the streets are Prof. Ir. Eko Budihardjo, M.Sc. Street; Prof. dr. Moeljono S. Trastotenojo, SpA (K) Street; Prof. A. Suroyo Street; Governor Mukhtar Street; Prof. Jacob Rais Street; and Prof. S. Sastrowardoyo Street. The name of the former Undip Rector, Prof. Muladi, will be commemorated for the name of the multipurpose building that will soon be built,” added Agus Suherman as Head of Secretariat and Protocol of Undip.