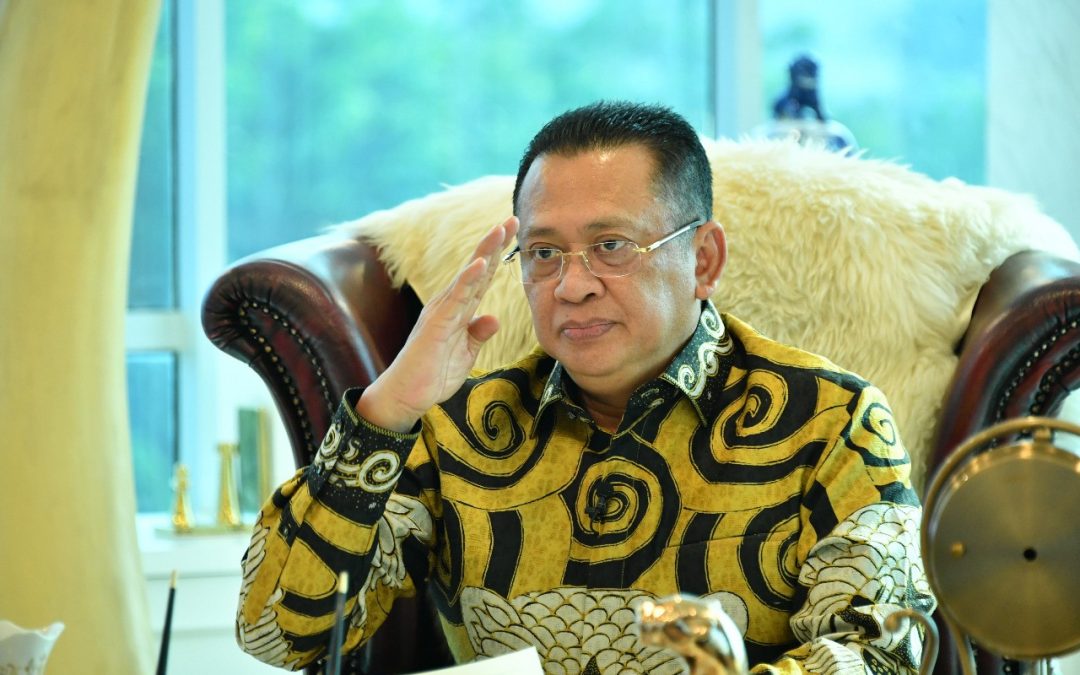 According to the figure who is familiarly called as Bamsoet, students have an important and strategic role as agents of change, social control, as well as moral force and guardians of values in common life. As agents of change, students are catalysts that encourage the change towards improvements in social life, national life and state.

“To carry out the function as agents of change, students are required to be critical, think visionary and look far ahead. Those are necessary besides having a strong creative and imagination power regarding the ideal conditions that one aspires to,” said Bamsoet when delivering his virtual presentation from Jakarta, on Monday (18/10/21).

The figure who became the 20th Chairman of the House of Representatives of the Republic of Indonesia added that as social control, students play a role in fighting for balance and justice in people’s lives, so that social inequality and inequality do not occur. In this conception, students are required to have foresight in seeing and exploring the social realities that occur around them.

“Meanwhile, as a moral force, students are the nation’s moral forming resource. Students must be able to be examples and role models by giving positive impact on the community and the surrounding environment. Strengthening student commitment as a moral force is increasingly important, because along with the rapid pace of modernity and the swift currents of globalization, the challenges in facing the nation’s moral decadence will be increasingly complex and dynamic, especially for the nation’s young generation,” he explained.

The Head of the FKPPI State Defense Agency said, as guardians of values, students have a role to maintain the noble values which become the legacy and national identity to remain sustainable, grow and develop in people’s lives. In this context, students as intellectual beings have a role to develop universal noble values, such as honesty, integrity, mutual cooperation, tolerance, and others, based on a scientific framework of thinking.

In this event, the national cadres participating in the Legislative Training FGD also reminded the position of students as iron stock. “As iron stock, students are potential resources for the nation that will continue the relay of national leadership. As the nation’s next generation, students are required to become tough humans, who are able to answer various challenges and dynamics of the times.”

To be sure, this politician who was elected from one of the electoral districts in Central Java revealed that students are not only required to be smart and skillful, but also have character and have adequate national insight. These are important parts of preparing national leadership.

“Unlike an aggressive attitude, this assertive attitude mandates a way of expressing opinions without hurting others’ feelings, promoting open-mindedness, and respecting the rights of others to have different views in addressing each issue,” he concluded. (PR team)