Undip Rector: Improve Ability and Integrity for the Advancement of Undip 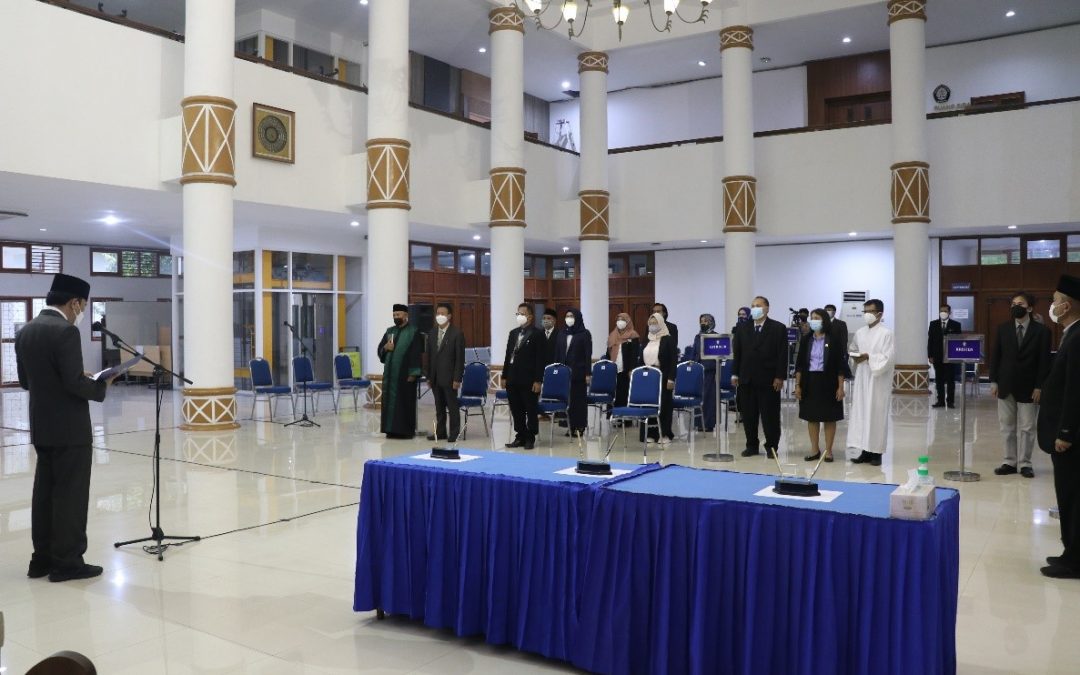 Semarang-Central Java (01/11). The Rector of Diponegoro University (Undip) officially dismissed and appointed the Dean of Vocational School, Head of Departments, Chair and Secretary of Study Programs within the Faculty of Engineering on Monday (01/11). The event was held in the Hall of SA-MWA Building, Undip Tembalang Campus at 03:30 PM.

Undip officials who are inaugurated will later occupy several positions, namely the Dean of Vocational School, Head of the Departments, Chair and Secretary of the Study Programs for the 2021-2026 term of office. In addition, there are several officials who have been honorably dismissed from their positions.

In addition, Prof. Yos hoped that all newly inaugurated officials will continue to improve their quality and integrity for the advancement of Undip in the future. “I hope that all of you will be able to understand, implement, evaluate, improve quality work and integrity. Carry out your duty well according to the oath,” he explained.