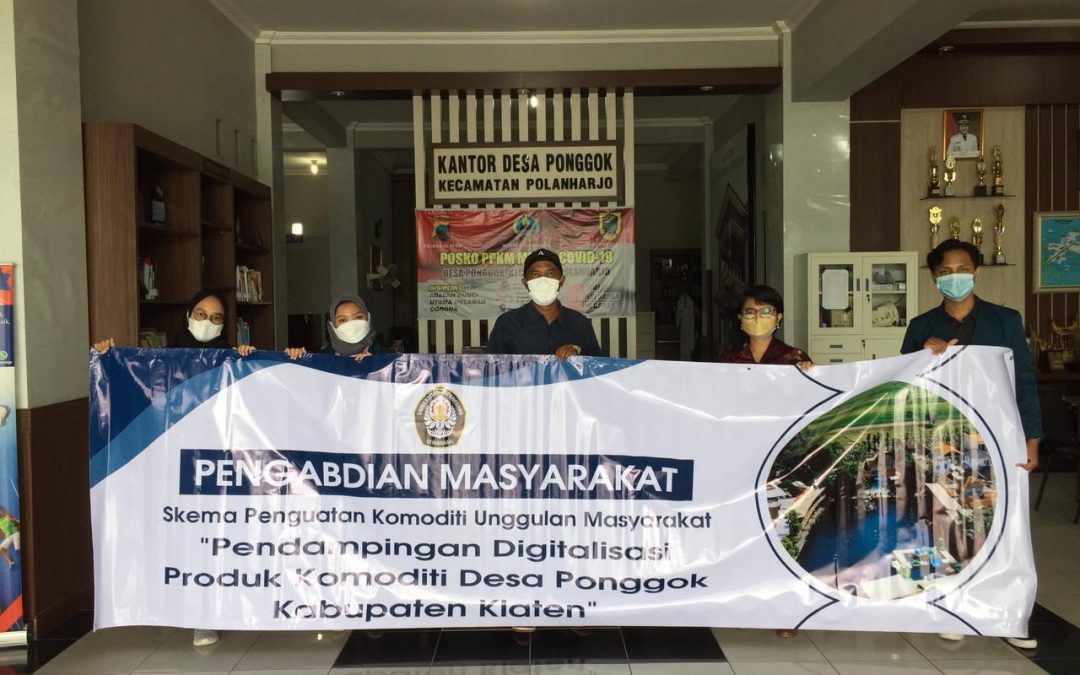 The Community Service Team of Diponegoro University (Undip) visited Ponggok Village, Klaten Regency on November 12th 2021. This visit was part of community service activities with the theme “Assistance on the Digitalization of Commodity Products at Ponggok Village of Klaten Regency”.

“This tourism potential has succeeded in boosting the local economy, which used to only come from the agriculture sector. This Tourism Village in Ponggok carries the spirit of sustainable ecotourism where residents join hands in maintaining the balance of nature and the surrounding environment at the village,” said Mr. Junaidi as the Head of Ponggok Village.

The digitalization assistance activity from the Undip aims to facilitate the potential of water tourism in Ponggok Village by integrating existing related units into a digital platform. (US-AS)