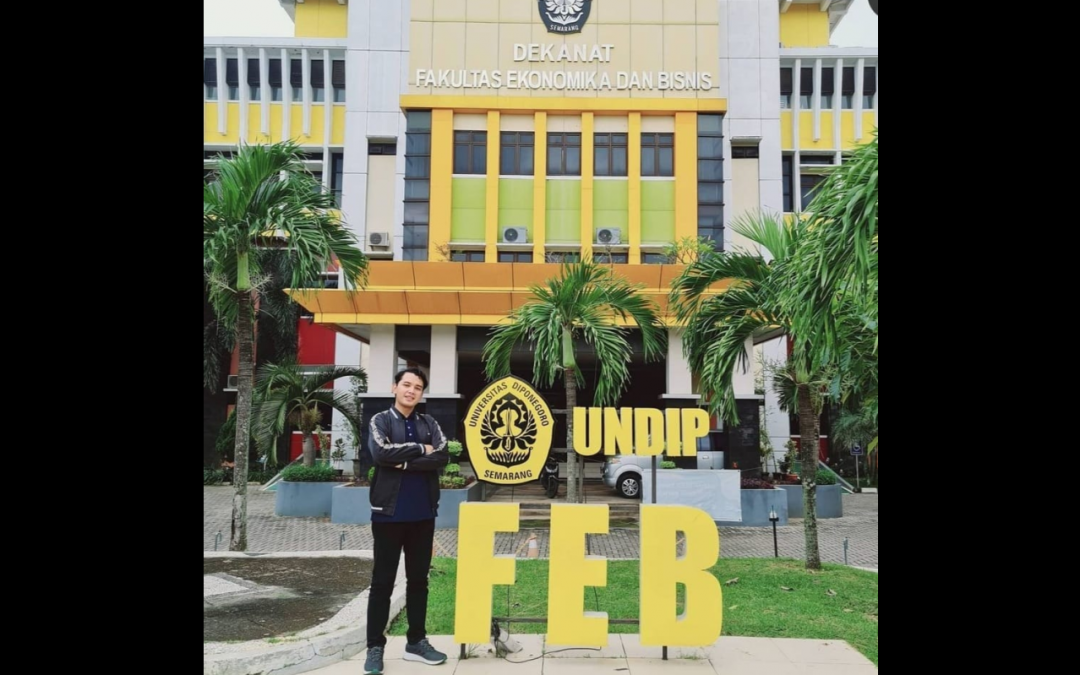 “Initially I chose to study Economics and Development Studies or IESP because I was interested in economics study since high school. In addition, IESP also teaches how to optimally manage economic resources to improve the welfare of the community so that the wider community will feel the benefits. IESP studies all fields of economics, both micro-economics and macro-economics, so it is a unique study program because we are required to have ‘helicopter view’ and balancing capabilities to achieve maximum benefits,” said Fajar Setiawan, S.E., an alumni of the Faculty of Economics and Business of Diponegoro University who entered through the Joint Entrance Selection of State Universities (SBMPTN) path in 2011 and graduated in 2015.

“During that period, my main task was to provide or compile statistical analysis and economic. I was also responsible for financial advisory materials to stakeholders and that task was in line with the knowledge I learned on campus. The basic knowledge and experience from my lecturers at Undip is a provision for me to become a practitioner until now,” he said.

“During my studies at Undip, I gained a lot of experience that I don’t think all people can experience. The learning environment at Undip is very encouraging for self-development, both for improving hard skills and soft skills. In terms of hard skills, Faculty of Economics and Business is completed with facilities and supports the ‘learn-life-balance’ of its students by implementing digitalization in all aspects as we keeping up with the changes of times. In terms of soft skills, all fields of self-development such as extracurricular, study groups, associations, Student Executive Board, Student Senate and others are also very diverse so they can compete well with other campuses. Back then I was in college, I often became the MC for graduation and other events held by Faculty of Economics and Business and Undip. In addition, I have also joined the SNMPTN and SBMPTN Call Center Teams for approximately 1 year,” he continued.

“Education is the key to success for both ourselves and the nation. In the endogenous economic model, the power of science including adaptation to technology becomes important in addition to natural and institutional resources to increase competitiveness. A better level of education will provide wider opportunities especially if it is done not only for improving hard skills but also soft skills. In my opinion, the world of work or entrepreneurship is becoming increasingly competitive with digitalization, so that we as human resources must continue to develop ourselves, one of which is through education and establishing many networks,” concluded Fajar. (Lin – Public Relations)