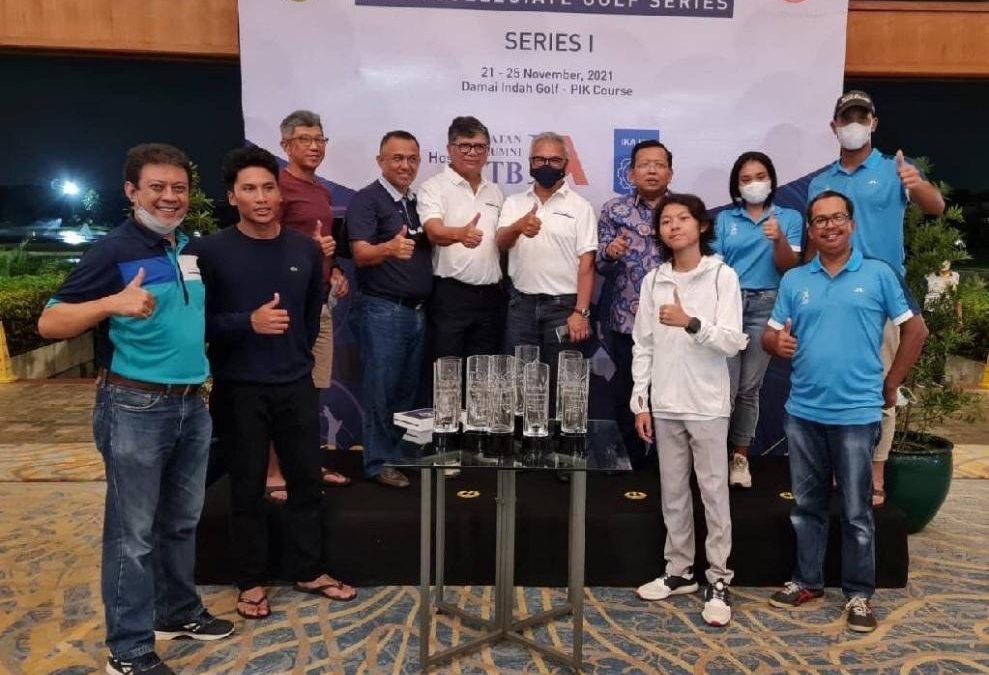 Diponegoro University (Undip) once again made a proud achievement in the field of sports. This achievement was reached by Diponegoro Golf Community (DGC) together with BSO Golf Undip and Dipo Golfers, who succeeded in winning the first session of Intercollegiate Golf Series (IGS) event, at Damai Indah Golf-PIK Course, on Sunday (21/11).

These achievements cannot be separated from the hard work of training and careful preparation by the team. “For preparation, our Dipo Golfers team has conducted routine training twice a week and golf together every month. For the competing teams, we provide more time for training, in order to show the best skills for Undip,” said the Head of Dipo Golfers, Arya Tri Putranto when contacted by the PR team, on Wednesday (24/11).

Arya added that the Dipo Golfers team is ready to be projected to participate in golf tournaments that will be held later. “Dipo Golfers strives for the best in every tournament, we are ready to send the best teams to compete, to make Undip proud in the world of sports, especially golf,” said Arya.

Dipo Golfers itself was formed on April 11th 2021. This community became one of the Semi Autonomous Units in Undip which was formed based on the needs and dreams of Undip to accommodate and develop the potential of Undip students who like to play golf, both for those who are advanced and who want to learn to explore the sport of golf.

The Intercollegiate Golf Series (IGS) is a golf tournament organized by the Ciputra Golfpreneur Foundation (CGF) in collaboration with the Indonesian State University Alumni Association (HIMPUNI). This tournament is expected to increase the achievements of Indonesian golf athletes in international tournaments and increase the number of young golfers in Indonesia.

After the first series, this tournament will then continue to the second series on January 23rd-27th 2022 and the third series will be held on March 13th-17th 2022. In the following season, this tournament is planned to last for six series.